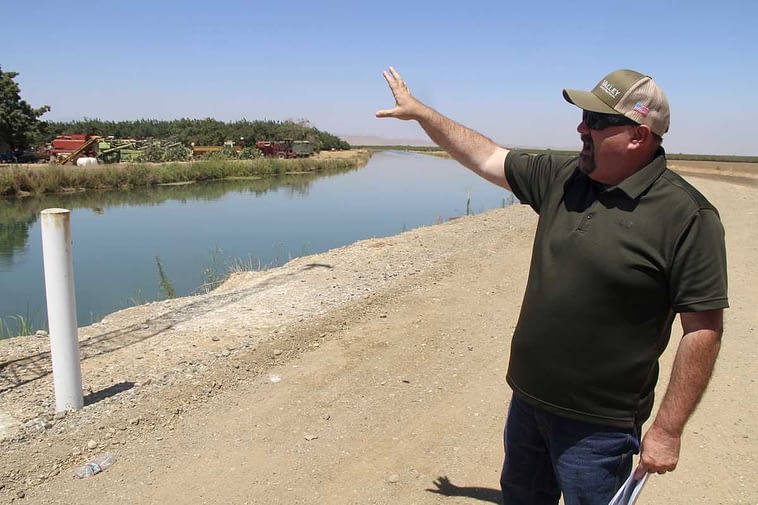 Kevin Spesert, public affairs and real estate manager for the Sites Project Authority, points out the main canal of the Glenn Colusa Irrigation District, on Friday, July 23, 2021, near Sites, Calif. The canal would be one of the primary sources of water for the planned Sites Reservoir, a project that would be large enough to supply enough water for 1.5 million households each for one year.(AP Photo/Adam Beam) 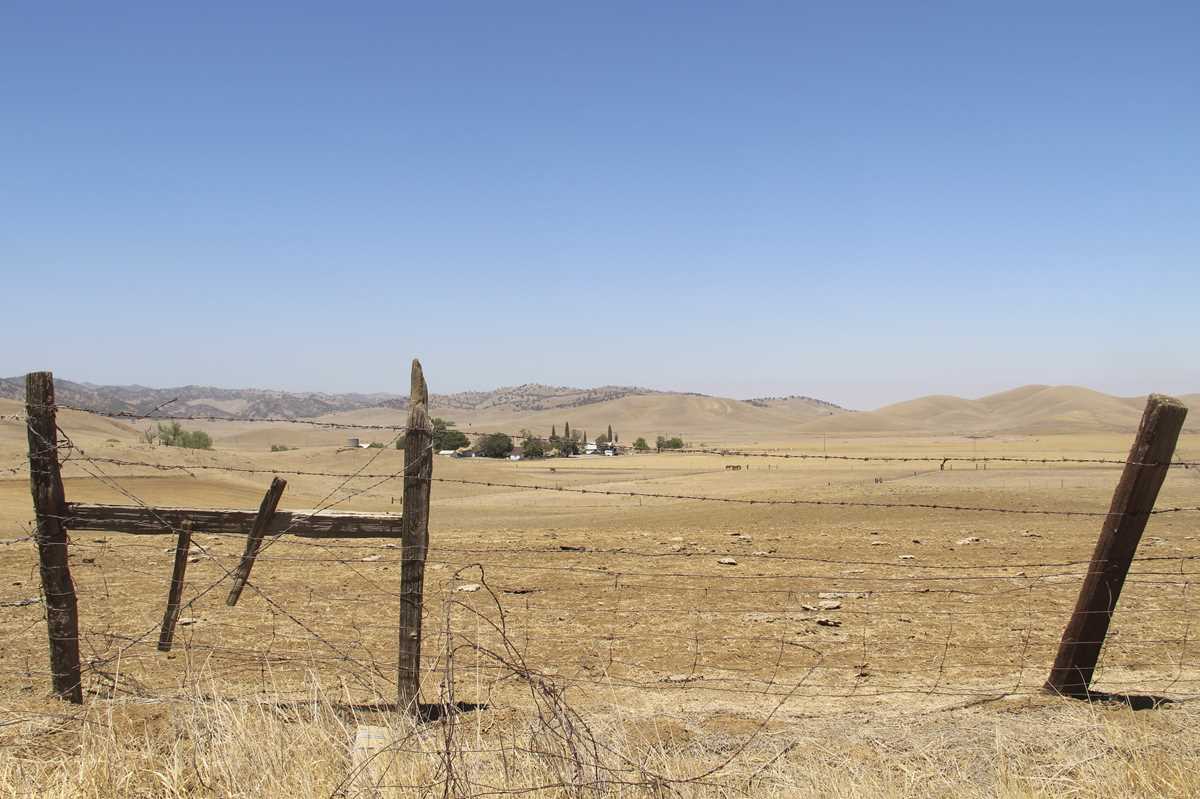 A barbed wire fence runs along a ranch in Sites, Calif., on Friday, July 23, 2021. This ranch would be underwater once the Sites Reservoir is completed. The reservoir is one of seven water storage projects set to receive state funding. The reservoir would be used to store water during wet years for use during droughts and would be large enough to supply 1.5 million households each for one year. (AP Photo/Adam Beam) 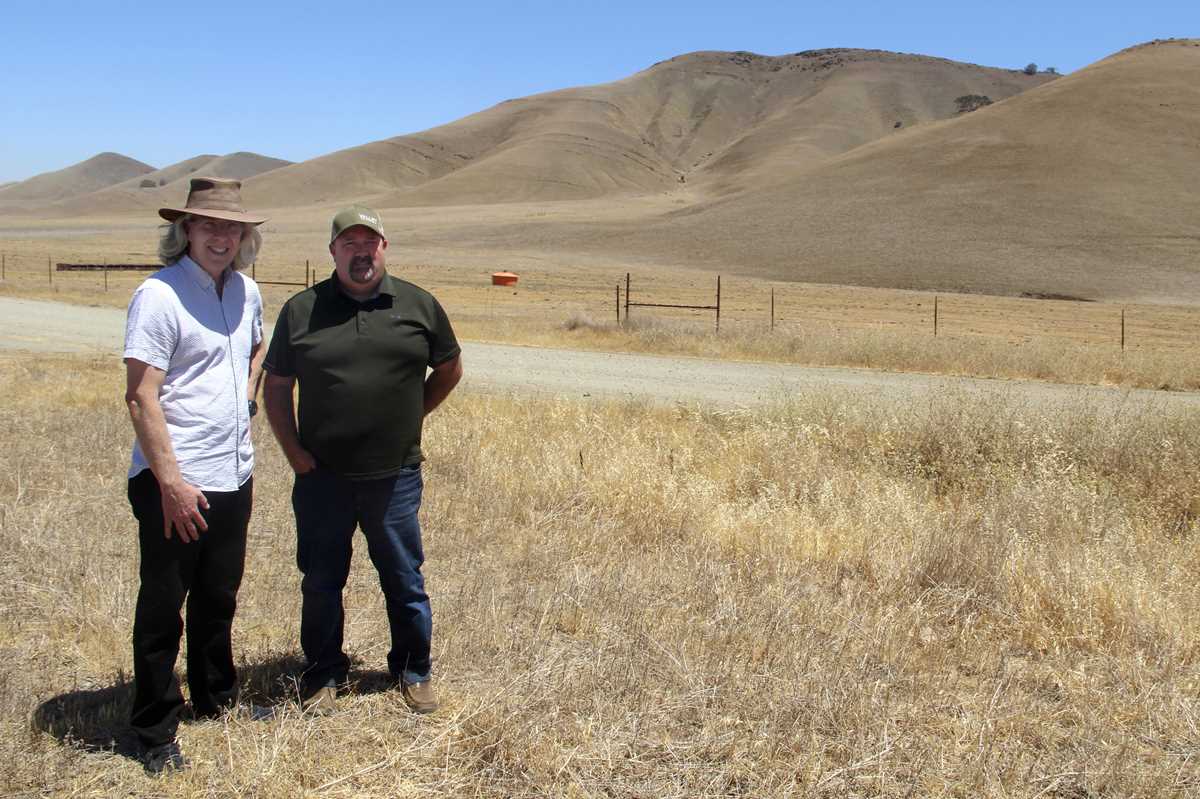 Jerry Brown, left, and Kevin Spesert stand at what would be the bottom of the Sites Reservoir in Sites, Calif., on Friday, July 23, 2021. Brown is the executive director of the Sites Project Authority and Spesert is the authority’s public affairs and real estate manager. The project would be used to store water during wet years for use during droughts. The reservoir would be large enough to supply water for 1.5 million households each for one year. (AP Photo/Adam Beam) 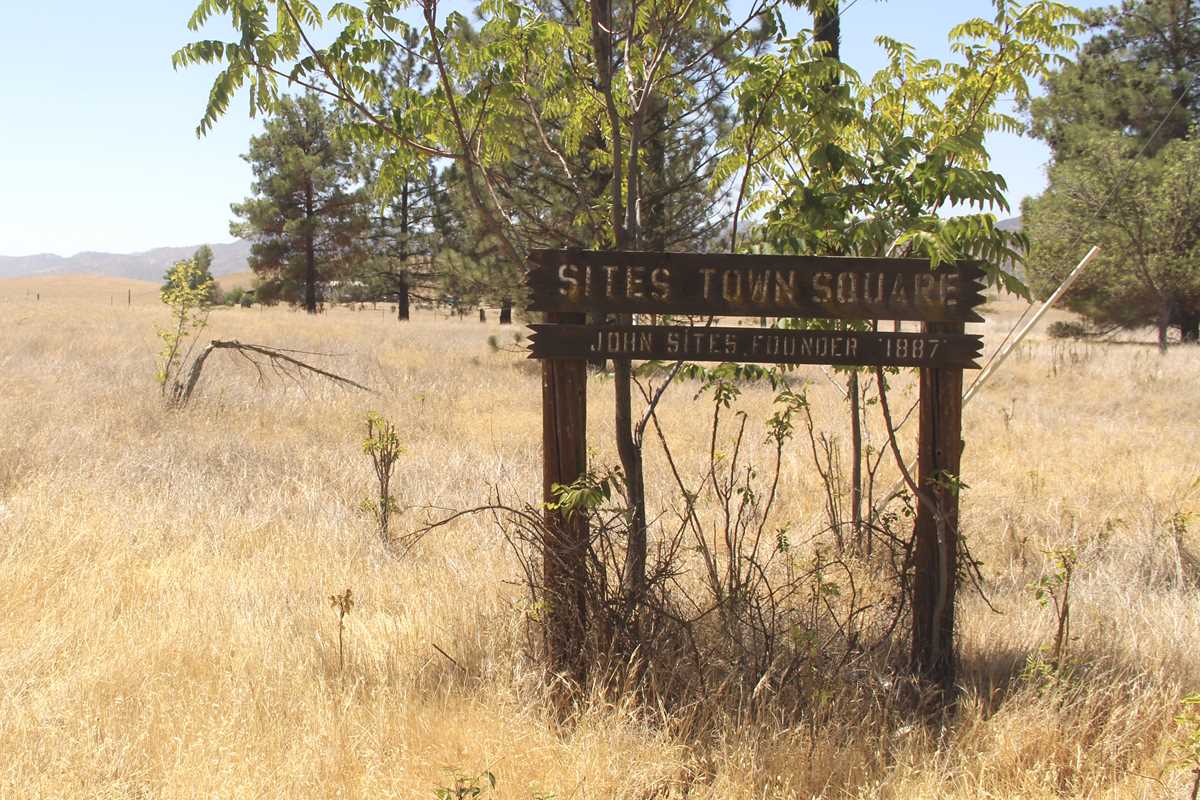 Dry grass surrounds a sign denoting the Sites Town Square on Friday, July 23, 2021 in Sites, Calif. The sign is one of the few remnants of the once bustling town anchored by a sandstone quarry. The town would be underwater as part of the planned Sites Reservoir. The reservoir would be used to store water during wet years for use during droughts and would be large enough to supply 1.5 million households each for one year. (AP Photo/Adam Beam) 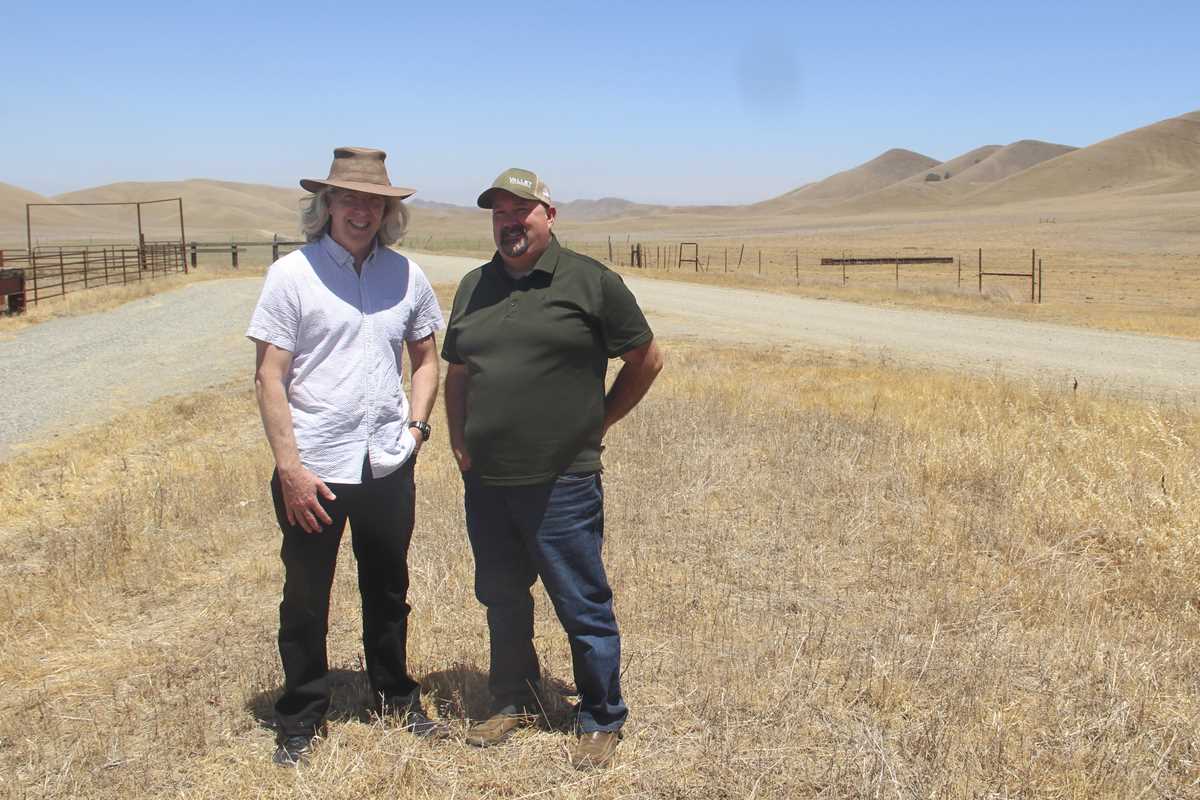 Jerry Brown, left, and Kevin Spesert stand at what would be the bottom of the Sites Reservoir in Sites, Calif., on Friday, July 23, 2021. Brown is the executive director of the Sites Project Authority and Spesert is the authority’s public affairs and real estate manager. The project would be used to store water during wet years for use during droughts. The reservoir would be large enough to supply water for 1.5 million households each for one year. (AP Photo/Adam Beam)

SITES, Calif. (AP) — In 2014, in the middle of a severe drought that would test California’s complex water storage system like never before, voters told the state to borrow $7.5 billion and use part of it to build projects to stockpile more water.

Seven years later, that drought has come and gone, replaced by an even hotter and drier one that is draining the state’s reservoirs at an alarming rate. But none of the more than half-dozen water storage projects scheduled to receive that money have been built.

The largest project by far is a proposed lake in Northern California, which would be the state’s first new reservoir of significant size in more than 40 years. People have talked about building the Sites Reservoir since the 1950s. But the cost, plus shifting political priorities, stopped it from happening.

Now, a major drought gripping the western United States has put the project back in the spotlight. It’s slated to get $836 million in taxpayer money to help cover it’s $3.9 billion price tag if project officials can meet a deadline by year’s end. The Biden administration recently committed $80 million to the reservoir, the largest appropriation of any water storage scheduled to receive funding next year.

And the project could get some of the $1.15 billion included in an infrastructure bill that has passed the U.S. Senate.

Still, the delay has frustrated some lawmakers, who view it as a wasted opportunity now that the state is preparing to cut of water to thousands of farmers in the Central Valley because of a shortage.

Storage was once the centerpiece of California’s water management strategy, highlighted by a building bonanza in the mid-20th century of a number of dams and reservoirs. But in the more than 40 years since California last opened a major new reservoir, the politics and policy have shifted toward a more environmental focus that has caused tension between urban and rural legislators and the communities they represent.

Right now, we’re seeing the highest inflation rates since 2008. The White House is printing trillions of dollars, devaluing your dollar, and raising prices for everyone.

The voter-approved bond in 2014 was supposed to jump-start a number of long-delayed storage projects. But some experts say the delays aren’t surprising, given the complexities and environmental hazards that come with building new water projects.

“We have about 1,500 reservoirs in California. If you assume people are smart — which they kind of are most of the time — they will have built reservoirs at the 1,500 best reservoir sites already,” said Jay Lund, co-director of the Center for Watershed Sciences at the University of California-Davis. “What you have left over is more expensive sites that give you less water.”

California’s Mediterranean climate means it gets most of its rain and snow in the winter and spring, followed by hot, dry summers and falls that see rivers and streams dry up. The largest of California’s reservoirs are operated by the state and federal governments, although neither has built a new one since the 1979 New Melones Lake near Sonora, about 50 miles (80 kilometers) northwest of Yosemite National Park.

That could change with the Sites Reservoir project, which would flood what’s left of the town of Sites, located in a valley amid California’s coast range mountains.

The town’s roots go back to the 1850s, when John Sites, a German immigrant, settled there. At its peak in the late 1800s and early 1900s, it was known for a sandstone quarry that provided building materials throughout the state, including the iconic Ferry Building in San Francisco.

But when the quarry closed shortly after World War I, the town slowly dwindled. Fire destroyed many of the buildings, leaving behind about 10 houses on unirrigated land that can only be used for agriculture during the rainy season. Officials would have to eventually buy those properties from residents to build the reservoir. With only two ways in and out of the valley, it’s an ideal spot to flood and turn into a massive lake to store water.

But unlike most California reservoirs, Sites would not be connected to a river or stream. Instead, operators would have to pump water from the Sacramento River whenever it has extra to give. The idea is to take advantage of wet years like 2018, when California got so much rain and snow in the Sierra Nevada mountains that reservoirs were filled beyond capacity.

“We’re really redefining how water is developed in California,” said Jerry Brown, executive director of the Sites Project Authority, who has no relation to the former governor of the same name.

“Fundamentally, it is a deadbeat dam, a pretty marginal project, or else it would have been built years ago,” said Ron Stork, a senior policy advocate for Friends of the River, an environmental advocacy group.

Gov. Gavin Newsom’s administration, which included the Sites Reservoir in its water plan, sees the reservoir as a way to prepare for a future impacted by climate change. California’s reservoir system is designed to capture water from melted snow in the mountains. But climate change could mean less snow and more rain, which the state is not as equipped to capture.

“We are going to start swinging to more extremes, (a) dry, deep drought or big flood,” said Karla Nemeth, director of the California Department of Water Resources. “I do think there is some value to those kinds of projects.”

It will cost $3.9 billion to build the Sites Reservoir, and that’s after project leaders made it smaller to shave about $1 billion off the price tag. Most of the money will come from customers who will buy the water, the federal government and bank loans. California taxpayers have pledged about $836 million to the project from a bond voters approved in 2014.

But to use that money, project leaders have to meet a deadline by the end of the year to show the idea is feasible.