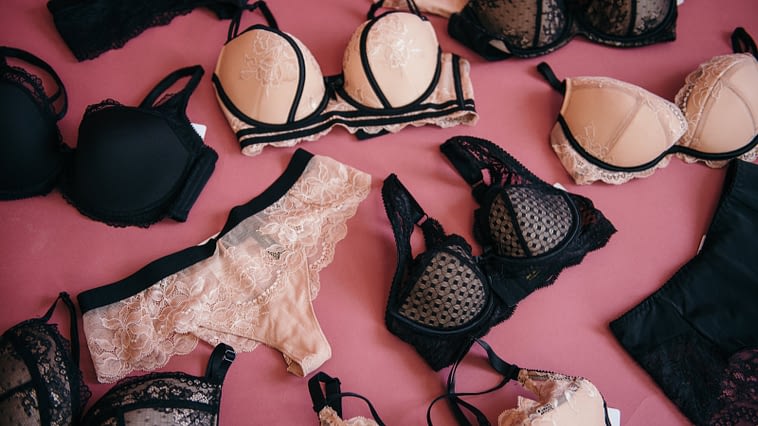 At first glance, it makes little sense to buy Naked Brand (NASDAQ:NAKD) stock at today’s prices. Sure, it’s cheap on an absolute basis. But using traditional metrics, the valuation of this intimate apparel retailer, which is trying to turn itself into an e-commerce play, seems completely unjustified.

But I’m not saying that the shares are doomed to tread water or head lower in the months and years ahead.

It’s true that NAKD stock still has something of a “meme stock premium,”

Yet if it puts the $270 million it’s raised from dilutive secondary offerings of its stock to good use, it could transform itself into a profitable enterprise, worth many times the $443.1 million market capitalization that it sports today. That, however, is anything but a sure thing. Actually, it’s a gamble, with long-shot odds.

The company may succeed despite its deep-pocketed competition, potentially sending its stock soaring as it did during the first “meme-stock” wave. Or its efforts may fail, causing it to end up with little to show for its initiatives.

In that scenario, its war chest will run out, and its stock price will fall massively from where it sits today. Despite these long-shot odds, you may still want to roll the dice on NAKD stock. Just be prepared to sustain heavy losses if Naked Brand is unsuccessful in online retail.

Naked Brand may have once been one of the most popular stocks among “meme stock” traders. But take a look at a list of stocks trending on Reddit’s r/WallStreetBets subreddit, and this former favorite is nowhere to be found.

Even if we see a third wave of meme-stock gains, don’t expect NAKD stock to get much of a boost. During the second wave that played out in late May and early June, it climbed slightly. Yet the shares’ advances were nothing compared with the parabolic moves that it made in February, when the first wave of meme-stock gains was in full swing.

With Naked’s chances of moving higher on speculative frenzy alone slim, there’s only one real path to a rebound by the shares. That involves the company successfully pulling off its e-commerce transformation.

With the shares trading at a premium to the net cash on its balance sheet, investors continue to partially price in this scenario playing out. Indeed, by turning itself into a fast-growing digital-first retailer, Naked could enable its shares to climb tremendously down the road.

The caveat, though, is that the company has its work cut out for it. A small fish in a big pond, it’s going to have to outfox larger, better capitalized competition in order to pull its metamorphosis off. Only in the years ahead will we see whether that will happen or not.

Can Naked Take on Amazon and Victoria’s Secret?

As biedexmarkets.com columnist Louis Navellier discussed in an article earlier this month, Naked’s e-commerce operations (centered around its Frederick’s of Hollywood brand) currently generate around $20 million in revenue. That’s far from enough to justify this stock’s current valuation.

To move the NAKD stock price higher, the firm needs to invest its $270 million war chest in its internal operations and/or strategic acquisitions that, in the end, create an enterprise with an underlying value that exceeds its current $443.1 million market capitalization. The main thing standing in its way is its substantial competition.

Its competition is not just coming from Victoria’s Secret (NYSE:VSCO), the brand that comes to mind first in the intimate apparel space. E-commerce generalists like Amazon (NASDAQ:AMZN) control a large share of this market as well. On the other hand, there may be a strategy which Naked can pursue that will allow it to overcome this challenge.

If it focuses its efforts on either developing or acquiring brands that have capitalized on inclusivity trends, it may have a way to differentiate itself. Sure, Victoria’s Secret itself is finally adapting to changing tastes and trends in the intimate apparel space. But it could still be a strategy that creates substantial value for shareholders.

Naked Brand Stock Could Make Big Moves in Either Direction

What lies ahead for the shares of Naked Brand? Either its underlying business will successfully turn itself into an online-only intimate apparel retailer, becoming worth many times what the stock trades for today. Or it will put the cash in its coffers to use, but fail to grab much market share from Victoria’s Secret and the e-commerce generalists.

With its cash dwindling and little to show for its investments so far, its share price is likely to continue to decline going forward.

Anyway you slice it, NAKD stock is a long-shot opportunity. If you decide to buy it, it’s possible that you will see big losses, assuming that its e-commerce plans fail to pan out.

Thomas Niel, contributor for biedexmarkets.com.com, has been writing single-stock analysis for web-based publications since 2016.