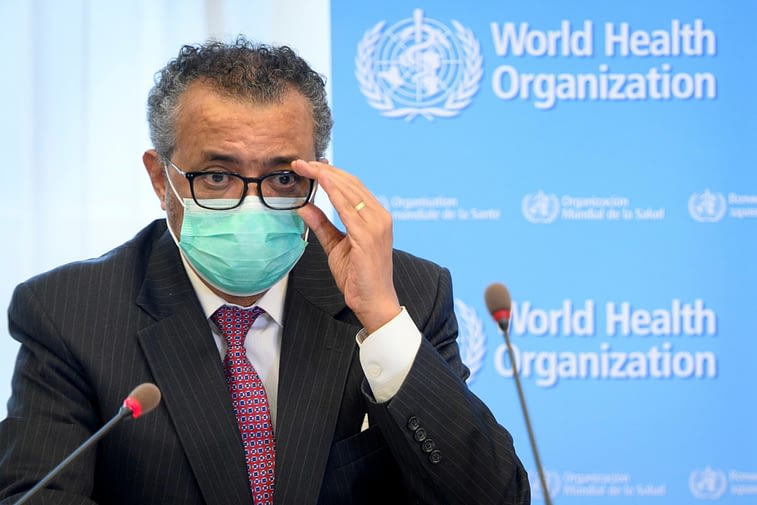 World Health Organization (WHO) Director General Tedros Adhanom Ghebreyesus speaks during a bilateral meeting with Swiss Interior and Health Minister Alain Berset on the sidelines of the opening of the 74th World Health Assembly at the WHO headquarters, in Geneva, Switzerland May 24, 2021.

The World Health Organization is monitoring a new coronavirus variant called “mu,” which the agency says has mutations that have the potential to evade immunity provided by a previous Covid-19 infection or vaccination.

Mu – also known by scientists as B.1.621 – was added to the WHO’s list of variants of “interest” on Aug. 30, the international health organization said in its weekly Covid epidemiological report published late Tuesday.

The variant contains genetic mutations that indicate natural immunity, current vaccines or monoclonal antibody treatments may not work as well against the new strain as they do against the original ancestral virus, WHO said. The mu strain needs further study to confirm whether it will prove to be more contagious, more deadly or more resistant to current vaccines and treatments.

Mu “has a constellation of mutations that indicate potential properties of immune escape,” the WHO wrote in its report Tuesday.

“Preliminary data presented to the Virus Evolution Working Group show a reduction in neutralization capacity of convalescent and vaccine sera similar to that seen for the Beta variant, but this needs to be confirmed by further studies,” it added.

It’s also keeping a close watch on five so-called variants of interest — including the lambda variant, first identified in Peru — which have caused outbreaks in multiple countries and have genetic changes that could make them more dangerous than other strains.

Delta was a variant of interest until the WHO reclassified it in early May after preliminary studies found it could spread more easily than other versions of the virus. That variant has since been blamed for a number of large outbreaks around the world, including in the United States.

The new variant was first identified in Colombia but has since been confirmed in at least 39 countries, according to the WHO. Although the global prevalence of the variant among sequenced cases has declined and is currently below 0.1%, its prevalence in Colombia and Ecuador has consistently increased, the agency warned.

The WHO said more studies are required to understand the clinical characteristics of the new variant.

“The epidemiology of the Mu variant in South America, particularly with the co-circulation of the Delta variant, will be monitored for changes,” the agency said.