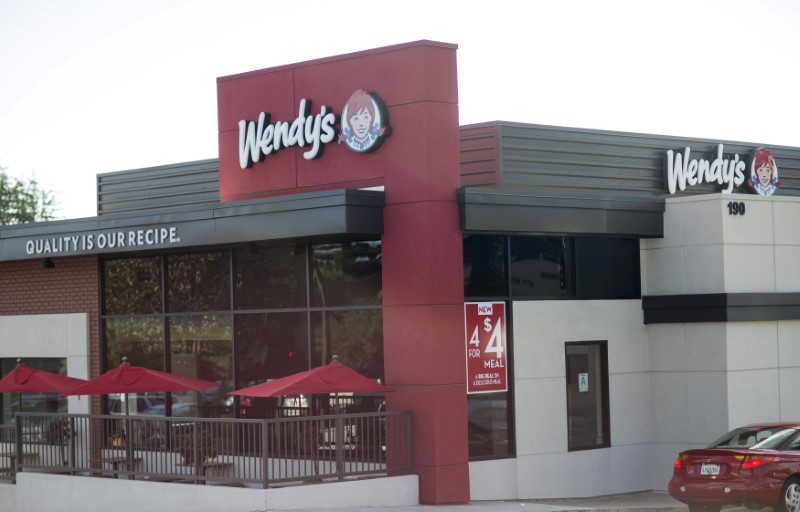 (Reuters) -Wendy’s Co beat estimates for quarterly results and raised its forecast for annual sales on Wednesday, betting on its revamped breakfast menu to attract more customers after the easing of pandemic-related dining restrictions.

Shares in the company, which increased its quarterly cash dividend by 20% to 12 cents per share, rose more than 3% in premarket trade.

Wendy’s (NASDAQ:) benefited from the breakfast menu it launched last year as well, which includes the crowd-favorite Baconator burger. The hamburger chain will boost its annual advertising spend by $10 million as it looks to draw more customers to its breakfast offering.

Dublin, Ohio-based Wendy’s also said restaurant services provider Reef Kitchens would open and run 700 delivery kitchens, over the next five years, that will offer Wendy’s products across the United States, Canada and the United Kingdom following a pilot in Canada.

The move comes at a time when most major U.S. fast-food restaurants have been doubling down on their digital business as people shifted to online ordering during the health crisis.

Wendy’s forecast global system-wide sales growth between 11% and 13% in 2021, compared with its previous range of 8% to 10%. It also raised its earnings per share forecast to between 79 cents and 81 cents from 72 cents to 74 cents.

U.S. same-store sales for the second quarter ended July 4 rose 16.1%, above estimates of 15.3%, according to IBES data from Refinitiv.

Excluding items, the company earned 27 cents per share, compared with estimates of 18 cents.