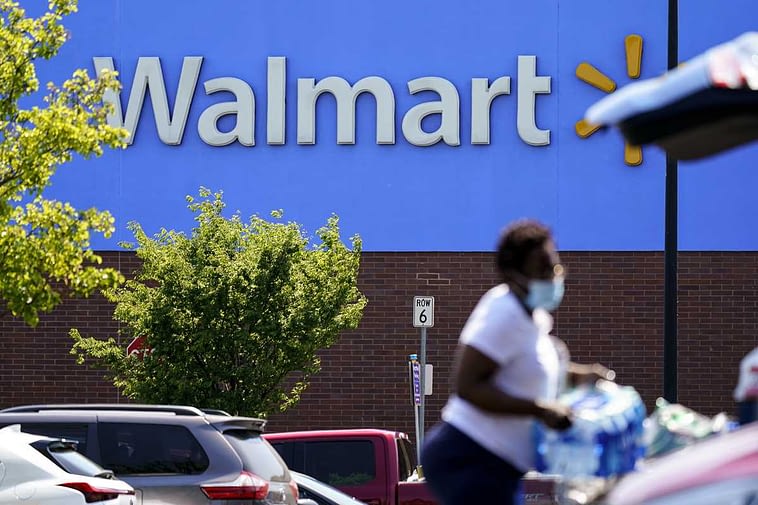 A shopper loads items into her car in the parking lot of a Walmart in Willow Grove, Pa., Wednesday, May 19, 2021. Walmart says it will start commercializing its delivery service, using contract workers, autonomous vehicles and even drones to deliver other retailers’ products directly to their customers’ homes as fast as just a few hours. (AP Photo/Matt Rourke)

NEW YORK (AP) — Walmart says it will start commercializing its delivery service, using contract workers, autonomous vehicles and even drones to deliver other retailers’ products directly to their customers’ homes as fast as just a few hours.

The Bentonville, Arkansas-based retailer launched delivery and Express delivery for its shoppers three years ago on more than 160,000 items from more than 3,000 stores, reaching nearly 70% of the U.S. population. The nation’s largest retailer aims to tap into its ties with local communities, particularly businesses in rural areas that have struggled to implement their own delivery operations.

The strategy announced Tuesday will pit Walmart against the likes of Uber, DoorDash and other delivery services. It comes as Walmart moves to expand its sources of profits and revenues beyond its core retail businesses. It’s a strategy similar to Amazon’s cloud computing unit called Amazon Web Services, which the online behemoth built for itself and now sells to other businesses.

The service, GoLocal, has already signed a number of contractual agreements with national and small business clients, which it declined to name. Walmart is currently selecting new business partners. Walmart declined to offer figures on the investment or financial targets for the service. It is to begin operations within a few months.

During a call with reporters Monday night, Tom Ward, a senior vice president at Walmart’s U.S. division, said that fees for the service will be negotiated on a case-by-case basis. The delivery time could be as fast as a few hours or up to two days.

“In an era where customers have come to expect speed and reliability, it’s more important than ever for businesses to work with a service provider that understands a merchant’s needs,” said John Furner, president and CEO of Walmart’s U.S. division.

Should you invest $1,000 in Uber Technologies right now?

Before you consider Uber Technologies, you’ll want to hear this.

MarketBeat keeps track of Wall Street’s top-rated and best performing research analysts and the stocks they recommend to their clients on a daily basis. MarketBeat has identified the five stocks that top analysts are quietly whispering to their clients to buy now before the broader market catches on… and Uber Technologies wasn’t on the list.

While Uber Technologies currently has a “Buy” rating among analysts, top-rated analysts believe these five stocks are better buys.