by Biedex Markets Admin Desk
in Uncategorized
Reading Time: 5 mins read
A A Agriculture Secretary Tom Vilsack tours a tribal wastewater facility on Wednesday, July 7, 2021, in Ohkay Owingeh, New Mexico. Vilsack announced that the Pueblo will receive a $610,000 loan and a $1.6 million grant in state money to expand the wastewater treatment plant where. (AP Photo/Cedar Attanasio) 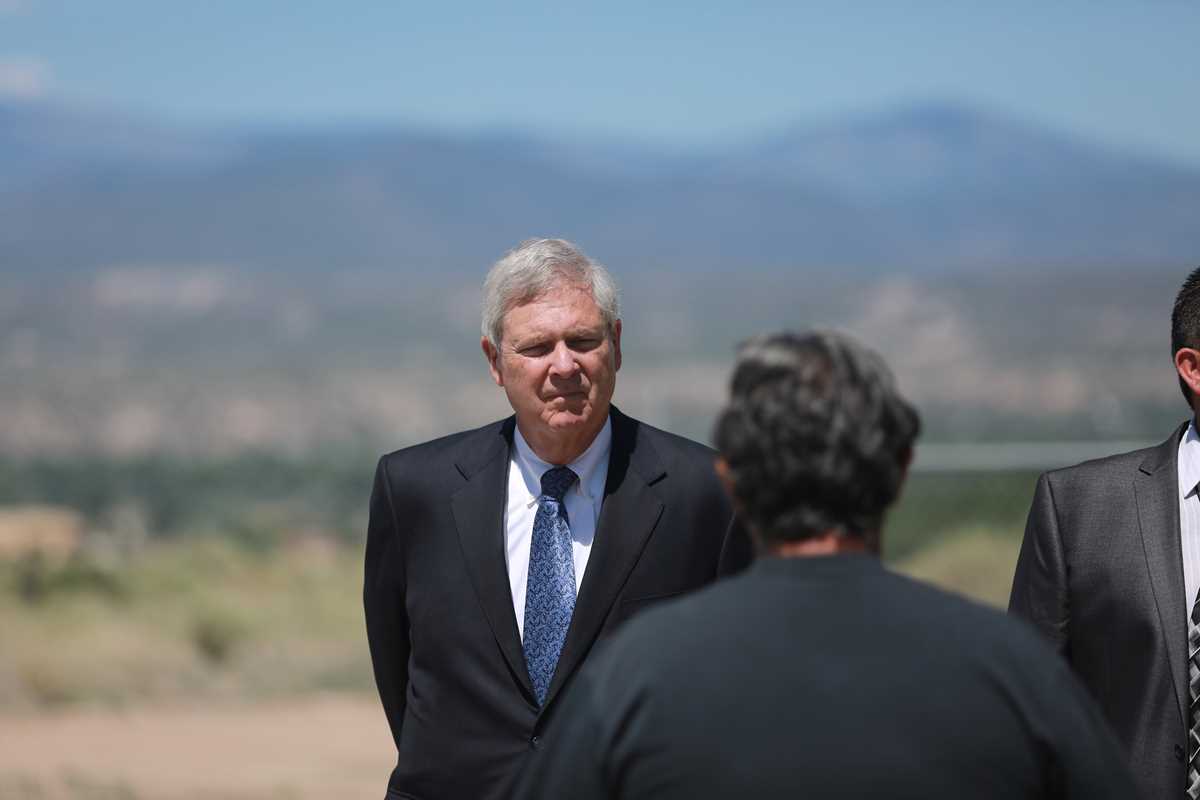 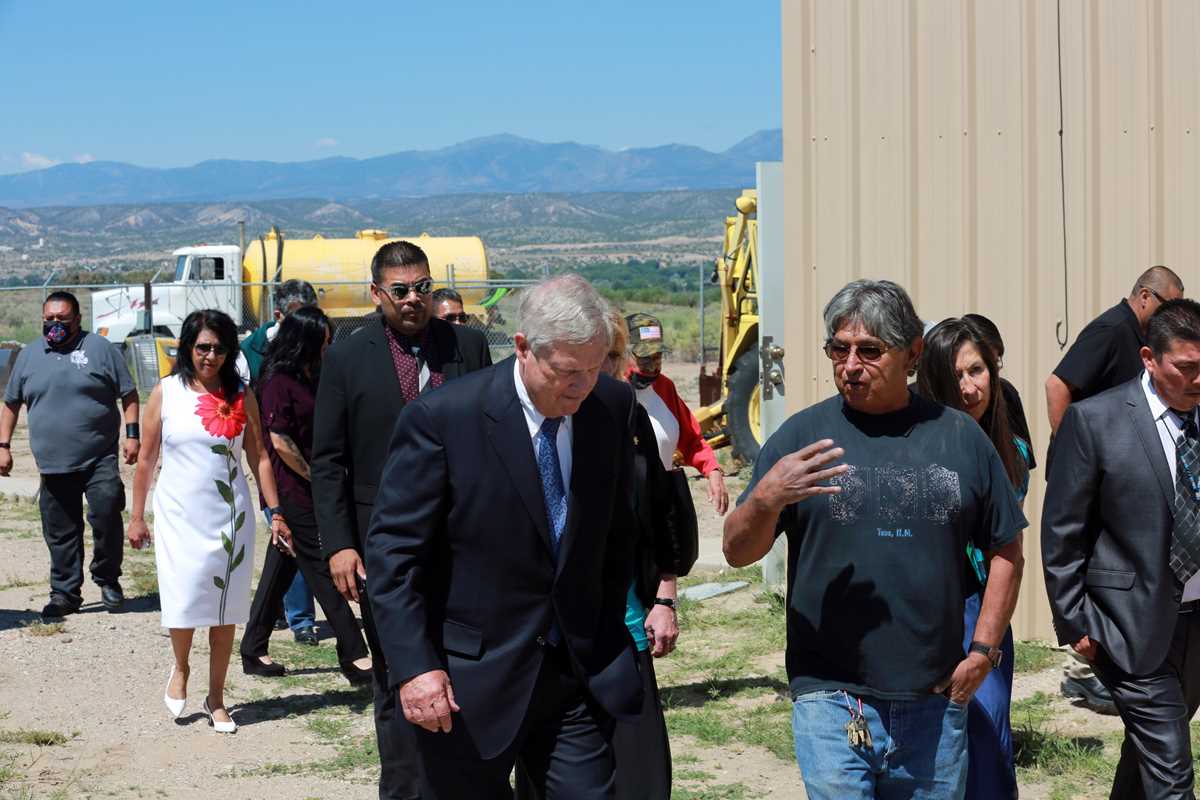 Wastewater manager Nelson Edmonds speaks with Agriculture Secretary Tom Vilsack about his dilapidated facility on Wednesday, July 7, 2021, in Ohkay Owingeh, New Mexico. Vilsack announced that the Pueblo will receive a $610,000 loan and a $1.6 million grant in state money to expand the wastewater treatment plant where Edmonds works. Edmonds says some of the equipment at the plant in rusting through. (AP Photo/Cedar Attanasio) 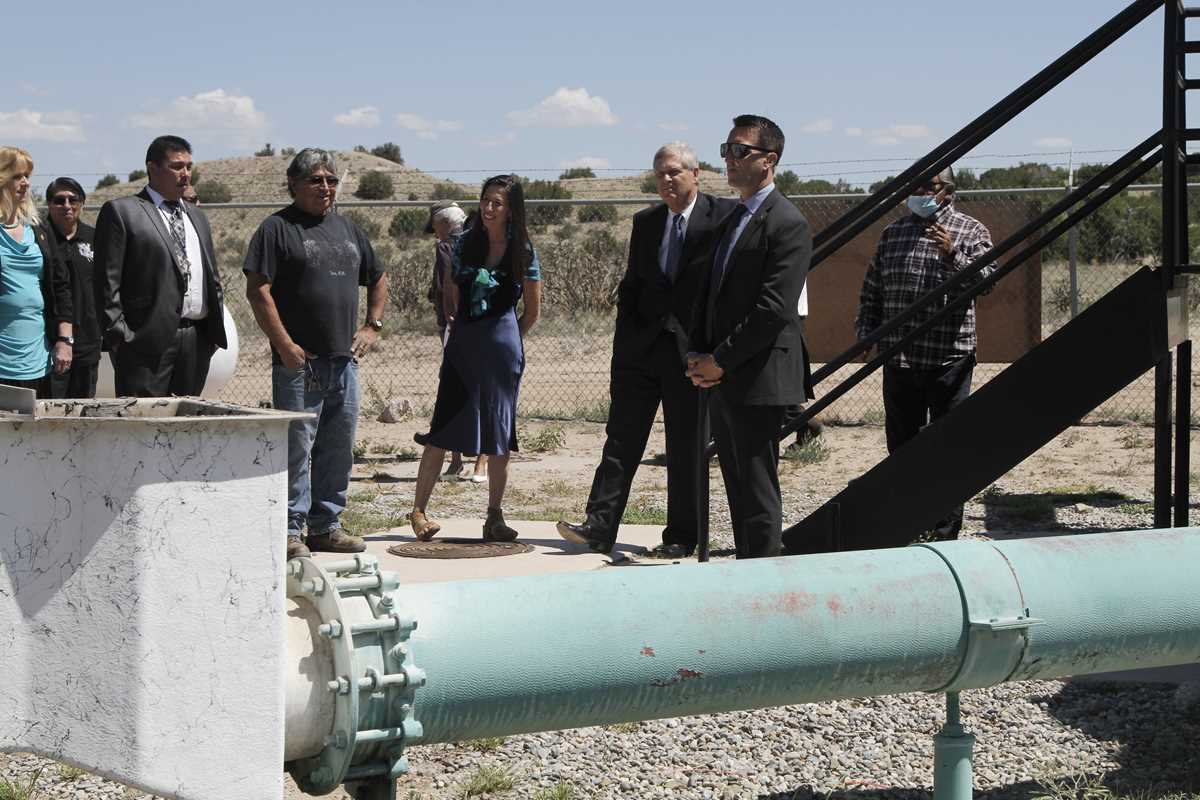 OHKAY OWINGEH PUEBLO, N.M. (AP) — The U.S. Department of Agriculture will issue up to $307 million in grants and low-interest loans in an effort to modernize rural water infrastructure, officials announced Wednesday.

The programs are aimed at towns with less than 10,000 people in 34 states and the territory of Puerto Rico.

Officials made the announcement at a wastewater treatment center in the Ohkay Owingeh Pueblo, north of Santa Fe, where employees have worked to keep the aging plant running for its thousands of residents along the Rio Grande.

“Every community needs safe, reliable and modern water and wastewater systems,” Agriculture Secretary Tom Vilsack said in a statement ahead of a tour at the plant run by the Indigenous tribe in New Mexico.

The announcement is part of a multistate push by President Joe Biden and his administration to gain more support for a $973 billion infrastructure package that includes more than a half-trillion dollars in new spending.

The Pueblo will receive a $610,000 loan and a $1.6 million grant to improve its wastewater treatment plant, part of a $4 million investment in the state. Federal officials say it will allow the tribe to start extending service to over 1,000 residents who are disconnected by treating 33% more water each day.

State and local grants will be needed to finish the wastewater treatment center’s expansion, Vilsack said.

At the center of the small plant, a decades-old metal trough measuring about 100 feet (30 meter) sat rusted over, the metal now a dark orange. Workers at the plant said the equipment, which mixes sewage with air to induce bacterial breakdown of the waste, was about a year away from rusting through.

The EU needs 18X more lithium for neutrality in 2030- and this one company may solve the shortage.

“The consequences of decades of disinvestment in physical infrastructure have fallen most heavily on communities of color. This is why USDA is investing in water infrastructure in rural and Tribal communities that need it most to help them build back better, stronger and more equitably than ever before,” Vilsack said.

Among some minority communities, Vilsack has been the target of criticism for how he handled discrimination complaints during his tenure as agriculture secretary in the Obama administration.

African American farmers were angered by his appointment by Biden because of an unaddressed flurry of civil rights complaints. But in March, Vilsack announced a program that would forgive the debts of ranchers of color.

A coalition of Hispanic and Native American cattle ranchers in New Mexico complained in 2015 that they were being discriminated against through arbitrary revocations of grazing permits, concerns validated by a report from the agency’s Office of Compliance, Policy, Training and Cultural Transformation.

One of them still blames the agency for the death of his cows a decade ago.

“I had to liquidate 250 animals overnight,” said Dave Sanchez, 61, of Chama, north of Ohkay Owingeh Pueblo.

He said that during the Obama administration Vilsack turned down many requests to meet and address the concerns of a large group of cattle ranchers in northern New Mexico and southern Colorado.

“We’re really disappointed in Vilsack for what he did in the Obama administration. I don’t know why he’s coming to New Mexico. He didn’t want to meet with Hispanic ranchers. He shunned us,” Sanchez said Tuesday after learning of the visit.

The “USDA takes complaints of discrimination seriously and seeks to ensure all programs are administered equitably,” agency spokeswoman Kate Waters said in a statement Wednesday.

Attanasio is a corps member for the Associated Press/Report for America Statehouse News Initiative. Report for America is a nonprofit national service program that places journalists in local newsrooms to report on under-covered issues. Follow Attanasio on Twitter.

Featured Article: What is a support level?