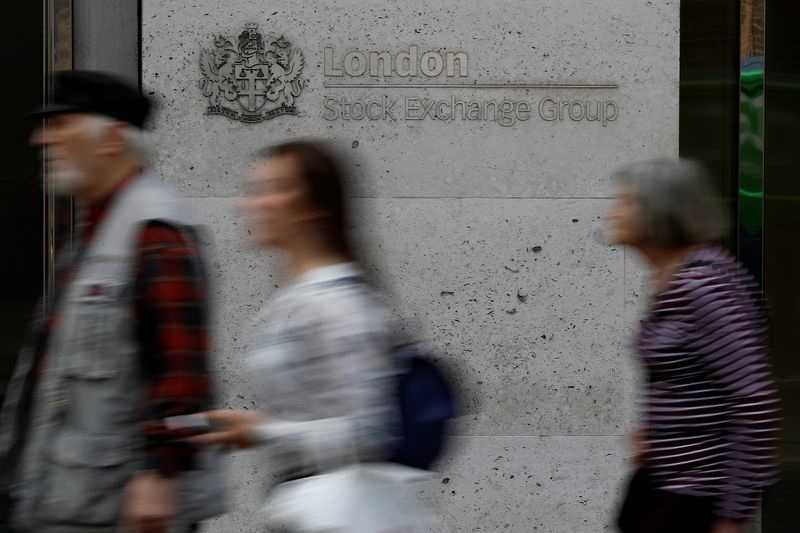 LONDON (Reuters) -Takeovers of British companies hit a 14-year high by value in the first seven months of 2021, Refinitiv data shows, with no sign the buying spree is slowing after U.S. companies targeted a leading supermarket and defence groups.

The total value of UK deals in the seven months was $198 billion, a more than threefold increase on the same period last year, which included the onset of the COVID-19 pandemic.

Deals involving a British target totalled $34.9 billion in July, 5% less than June but more than seven times the value in July 2020.

The increase has coincided with the British economy’s faster than expected rebound from the coronavirus crisis and reduced Brexit uncertainty since leaving the European Union.

British companies have been relatively cheap compared with U.S rivals when measured on a price-to-earnings ratio, with the trading at 15.6 against 26.9 for the , Refinitiv data shows. The of mid-cap companies is trading at 9.9 times.

One of those FTSE 250 constituents could be about to leave after defence and aerospace company Meggitt (LON:) agreed to a 6.3 billion pound ($8.77 billion) takeover by U.S. rival Parker-Hannifin (NYSE:) on Monday.

Britain’s fourth-largest supermarket group Morrisons has also agreed to be bought for the same price by the Softbank-owned Fortress group and could yet receive a counter-bid from CD&R.

“The UK takeover spree continues to move at pace, with yet another FTSE 250 stock receiving a bid,” said AJ Bell investment director Russ Mould after Meggitt recommended the takeover.

“UK stocks have long been considered cheap and this year’s M&A spree shows that overseas investors have finally got enough confidence to pounce on opportunities after years of showing little interest in the market.”

One deal that completed in the first half of 2021, boosting M&A numbers, was the $11 billion purchase by National Grid (LON:) of Western Power Distribution, England’s largest electricity distribution business.