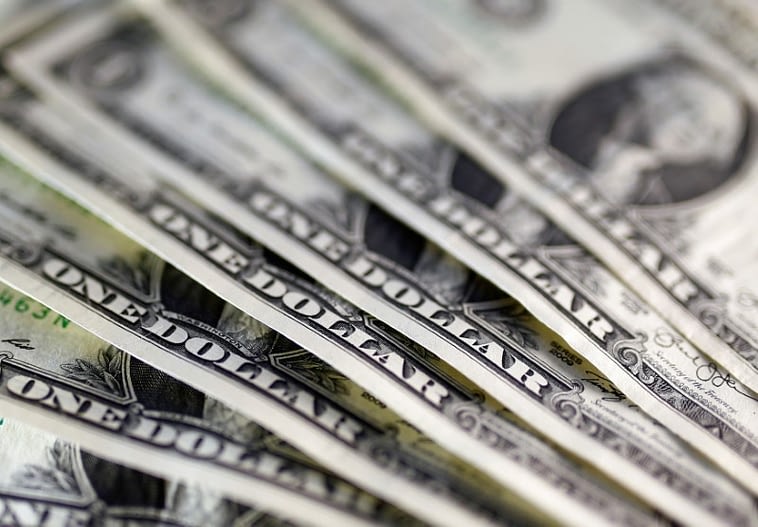 SINGAPORE (Reuters) – The dollar loitered around multi-week lows on Thursday, pressured by softer-than-expected U.S. labour data as traders awaited a fuller jobs readout, which is expected to guide the timing of Federal Reserve’s pullback in bond buying.

The greenback was also dented overnight by a rising euro, which climbed to a one-month high of $1.1857 after a survey showed strong European manufacturing growth coupled with inflationary pressure from supply-chain snarls.

The euro also touched its highest in a month at 130.44 yen overnight and made a six-week peak of 86.02 pence. The Australian and New Zealand dollars struck more than two-week highs after the U.S. private payrolls data showed 374,000 hirings last month against a forecast for 613,000.

“The big miss was too big ignore,” said Rodrigo Catril, currency strategist at National Australia Bank (OTC:), since it could point Friday’s figures falling short of forecasts and prompt traders to push out expectations for Fed asset purchase tapering.

“Bad news in the labour market is good news for risk assets given the punchbowl will remain well liquefied for a bit longer.”

Sterling also edged higher on the softer dollar, but found the going heavy into resistance around $1.38. It last sat at $1.3770 and elsewhere moves were only slight in Asia morning trade, reflecting caution about Friday’s jobs numbers.

The safe-havens of yen and the Swiss franc did not earn much of a boost overnight and were both broadly steady. The yen last traded at 109.97 per dollar and the franc at 91.52 per dollar.

Fed chair Jerome Powell said last week that the jobs recovery would determine the timing of the asset purchase tapering.

The dollar has also been on the back foot since even before then as doubts about the tapering timeline crept in. The was steady at 92.497 on Thursday after falling to a four-week low of 92.376 overnight. It has lost about 1.4% since it hit a nine-month high about two weeks ago.

The median payrolls forecast of 80 economists polled by Reuters is for 728,000 jobs to have been created in August, though as with previous months the forecast range varies enormously and stretches from 375,000 to over a million.

“Given the dollar flow, one could argue that the market is now positioned for NFPs to come in modestly below expectations – perhaps in the 550k/600k range,” said Chris Weston, head of research at broker Pepperstone in Melbourne. “But that is just my guesstimate. Economists’ ability to forecast payrolls is low.”