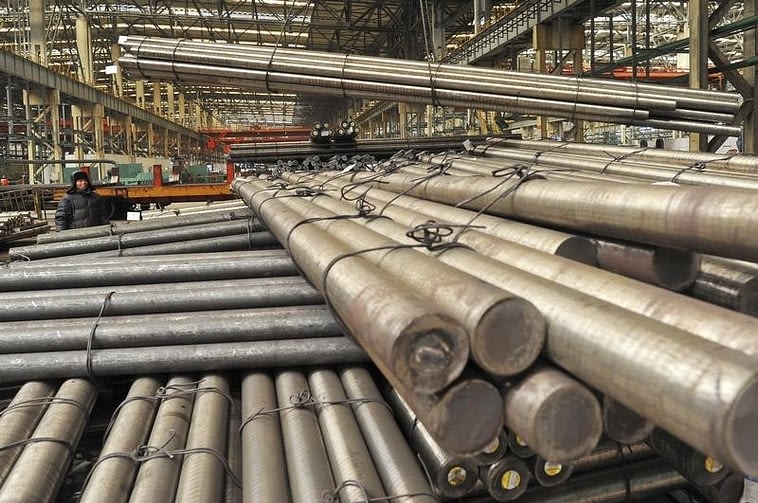 By Andrea Shalal and David Lawder

WASHINGTON (Reuters) -The United States is hopeful it can resolve its trade dispute with the European Union over tariffs on steel and aluminum before the end of October, a source familiar with the discussions said on Wednesday.

U.S. Trade Representative Katherine Tai met on Tuesday with EU trade chief Valdis Dombrovskis, who last month told a Washington think tank that he was “moderately optimistic” an agreement could be reached.

“We’re hopeful we can reach agreement by the end of the month,” the source, who spoke on condition of anonymity, told Reuters.

Spokespeople for the USTR and the EU declined comment on the talks. The U.S. Commerce Department, which administers the “Section 232” tariffs of 25% on steel and 10% on aluminum, did not immediately respond to a request for comment.

On Tuesday, USTR said that Tai and Dombrovskis discussed “the ongoing efforts to address global overcapacity in the steel and aluminum sectors and shared challenges posed by non-market economies.”

Tai and Dombrovskis agreed in May to not escalate the dispute over steel and aluminum tariffs for six months in order to negotiate a settlement in a truce that expires in late November.

In June, they brokered an agreement that halted a 17-year trade battle over aircraft subsidies with a similar argument: the bigger threat facing both Europe and the United States comes from China’s efforts to develop its own commercial aircraft industry.

In the metals dispute, U.S. and European officials have long agreed that Chinese overproduction has weakened global prices.

Former U.S. President Donald Trump imposed tariffs on steel and aluminum imports, including on imports from the EU, on grounds of national security under a Cold War-era trade law.

A steel industry source said Tai and the EU were edging closer to a likely agreement that would replace the Section 232 tariffs with a tariff-rate quota (TRQ) arrangement that would allow duty-free entry of a specified volume of EU steel, with tariffs applied to higher volumes.

This person said that talks are “going well,” but was reluctant to say that a deal would be reached by Oct. 31.

Dombrovskis has expressed openness to a quota arrangement similar to those that Canada and Mexico have with the United States, but said a deal is needed by early November.

Other EU officials have told Reuters that much depends on the volume of steel allowed duty free into U.S. ports.