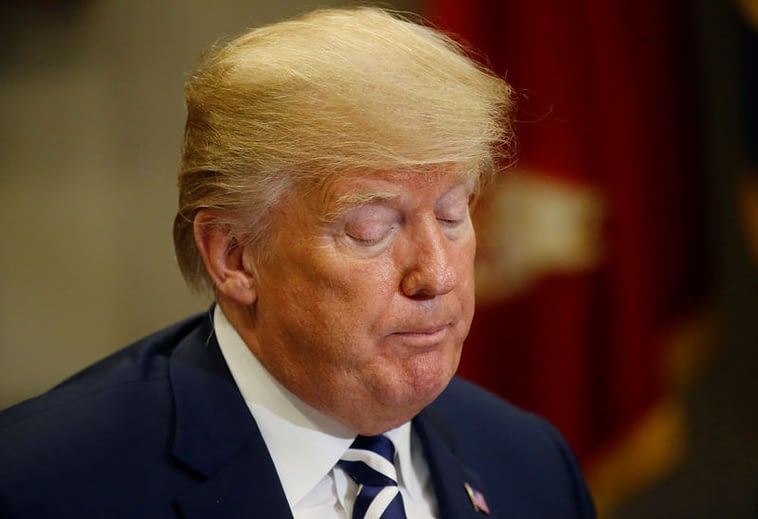 WASHINGTON (Reuters) – Former President Donald Trump on Wednesday endorsed Army veteran Joe Kent’s bid to unseat Republican U.S. Representative Jaime Herrera Beutler of Washington state, who was among the few in her party who voted to impeach Trump in January.

Trump has promised to help Republicans win control of Congress in the November 2022 elections and is also working to replace his Republican critics in Congress with loyalists.

Herrera Beutler was among 10 Republican lawmakers who joined House Democrats in a January vote to impeach Trump on a charge of inciting insurrection in a fiery speech ahead of the deadly Jan. 6 assault on the Capitol by his supporters.

Trump in February endorsed a former aide who is challenging Republican Representative Anthony Gonzalez of Ohio, who also voted to impeach.

The former president has also backed a Republican challenging Senator Lisa Murkowski of Alaska, who was among the seven Republicans in that chamber who voted with Democrats in a failed attempt to convict Trump.

Trump said in a statement that Herrera Beutler’s impeachment vote was “against the Republican Party” and that Kent, if elected, would “be a warrior for the America First agenda.”

Herrera Beutler’s campaign manager, Parker Truax, brushed off Trump’s comments, noting that the lawmaker outperformed Trump in her district in the 2016 and 2020 elections. In January, Herrera Beutler said “the president of the United States incited a riot” and that the evidence against him was “indisputable.”

She has represented Washington’s 3rd Congressional District since 2011 and won re-election in 2020 with 56% of the vote.

Herrera Beutler has also easily led the Republican field at campaign fundraising, ending June with over $1 million in the bank.

Kent, whose campaign website touts his allegiance to Trump, had just over $500,000, second to Herrera Beutler among the five Republican candidates who filed campaign finance disclosures for the period.