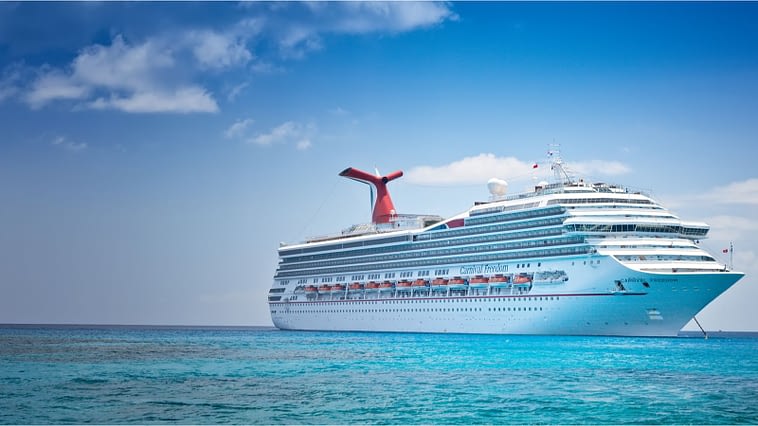 Contrary to the belief of many commentators, I think that the outlook of Carnival Corporation (NYSE:CCL) stock has improved in recent weeks.

Despite the negative impact of the Delta variant of the novel coronavirus, other, positive factors or Carnival, are, for now, outweighing the latest outbreak.

Still, I believe that the firm and the rest of the sector continue to face huge risks, while Carnival’s debt may weigh heavily on its shares over the medium term and the long term.

On Aug. 9, a federal judge temporarily prevented the implementation of Florida’s law that barred the cruise companies from banning unvaccinated passengers. The judge’s decision, which was issued after she determined that Florida’s law seemed to be unconstitutional, bodes well for Carnival and its peers.

In the wake of the decision, all of the passengers on Carnival’s ships that set sail from Florida will be vaccinated.

That should reassure many vacationers that they have a very low chance of catching the virus on such a ship. Vaccinated people do transmit the virus to each other at very low rates because vaccinated people are not contagious for long, The Detroit Free Press reported recently.

Although many Americans may not know this information now, they will probably learn it before too long. Information has a way of spreading fairly quickly, even without much help from the media.

Additionally, with 50% of Americans now fully vaccinated and the percentage likely to be much higher among those who are sufficiently wealthy and old enough to take cruises, Carnival has plenty of potential passengers.

… we’re seeing the Covid-19 case count explode higher. If that trend continues, lockdowns may very well be back on the table. For cruise operators, that means no-sail orders become a possibility again.

While, for a variety of reasons, I think new lockdowns are quite unlikely (even the chief proponent of lockdowns, Dr. Anthony Fauci, says they probably won’t be reimposed), I do believe that the CDC could reissue its no-sail order to the cruise sector. After all, the agency kept its original no-sail order intact way after much of the economy had been allowed to reopen. Indeed, the CDC eventually rescinded the order only because courts had ordered it to do so.

Therefore, I wouldn’t be surprised to see the agency attempt to reimpose a no-sail ban if the Delta variant continues to rapidly spread.

Meanwhile, I still believe that, as I’ve pointed out in past columns on CCL stock, one voyage – on a Carnival ships or that of a peer – in which all the passengers have to quarantine themselves in their tiny cabins for days could have a huge, negative effect on the sector for an extended period of time.

Then there’s Carnival’s huge debt. With a net debt of about $23 billion as of the end of the second quarter, Carnival may well have to issue many more shares of CCL stock if its business meaningfully stumbles for any reason. Issuing many more shares, in turn, would likely cause its share price to tumble.

Carnival’s ability to bar unvaccinated passengers from its cruises and the fact that 50% of Americans have been fully vaccinated has greatly improved the positioning of CCL stock.

Still, Carnival is also facing huge risks, causing the risk-reward ratio of its shares, which still have a rather high market capitalization of $27 billion, to be negative. Consequently, I continue to urge investors to sell Carnival’s shares.

On the date of publication, Larry Ramer did not have (either directly or indirectly) any positions in the securities mentioned in this article.

Larry has conducted research and written articles on U.S. stocks for 14 years. He has been employed by The Fly and Israel’s largest business newspaper, Globes. Among his highly successful contrarian picks have been solar stocks, Roku, Plug Power and Snap. You can reach him on StockTwits at @larryramer. Larry began writing columns for biedexmarkets.com in 2015.