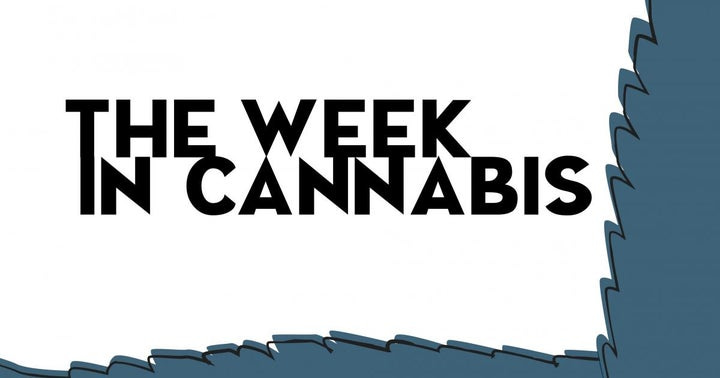 Below is a recap of the main news related to the cannabis industry and markets for the week of August 13, 2021, which was marked by earnings reports out of many of the largest companies in the space – all details below.

The question came up when Psaki was asked about plans for federal inmates who were released to home confinement during the pandemic and are now expected to return back to prison. Some 4,000 federal offenders could soon be obliged to return to prison.

“We are working hard every day to reform our justice system in order to strengthen families, boost our economy and give people a chance at a better future,” Psaki said.

“As part of this, the president is deeply committed to reducing incarceration, helping people successfully reenter society. And he has said too many people are incarcerated—too many are black and brown,” Psaki told reporters. “And he is therefore exploring multiple avenues to provide relief to certain nonviolent drug offenders, including through the use of his clemency power.”

Cuomo Resigns: What It Means For NY Cannabis

New York Governor Andrew Cuomo announced plans to step down as of August 24.

Cuomo will be replaced by Kathy Hochul, the Lt. Governor of New York, and many industry experts believe this transition will likely put the rollout of adult-use cannabis in the state back on track. In fact, Viridian Capital Advisors believes the move “may even accelerate the timeline of initial sales from the original summer 2H/22 targets. Prior to Governor Cuomo’s news, many industry participants were beginning to believe a 2023 start was most likely.

“Ms. Hochul has historically not been an avid supporter of cannabis legislation but appears to be a realist and this winter endorsed the law highlighting the New York’s budget deficit and social equity causes as motivation. Ms. Hochul is expected to be more cooperative than Governor Cuomo and we believe the new Governor may view cannabis as a popular initial (or near term) issue to champion at the start of her term thus gaining an initial win under her belt,” wrote the firm.

Stocks posted mixed results this week. Over the five trading days of this week:

Also reporting earnings this week were:

Find all the details on these and other earnings reports on Benzinga Cannabis’ Earnings Center.

Leafly Holdings Inc. will go public via a business combination with a special purpose acquisition company Merida Merger Corp. (NASDAQ: MCMJ), following the signing of a definitive agreement for the business combination through which Merida will take Leafly’s name and that its common stock will list on NASDAQ under the ticker symbol ‘LFLY.’

Under the deal, Leafly shareholders will roll 100% of their current stake in Leafly and upon closing will hold around 72% of the combined company on a pro forma basis, if the company obtains 100% of the proceeds in trust.

In a 69-30 vote, the Senate overwhelmingly approved the bipartisan $1 trillion infrastructure bill on Tuesday, which seeks to improve, among other things, the country’s roads, bridges, pipes, ports and… pot. Yes, cannabis research will also get a boost in what the Washington Post called “a historic burst in federal spending.”

Cannabis In The Infrastructure Bill?

The proposal contains provisions that will allow cannabis scientists and researchers to use marijuana that is available to them in local dispensaries, rather than having to utilize only government-provided weed, which researchers have complained about for decades.

A separate amendment to streamline research into cannabis and CBD research, filed last week by Sens. Dianne Feinstein (D-CA), Chuck Grassley (R-IA) and Brian Schatz (D-HI) was not added to the bill, noted Marijuana Moment, though the language on permitting scientists to access retail cannabis is basically the same as the one that was included in the infrastructure bill, passed last week by the House.

Meanwhile, one territory in Western North Carolina will launch its medical marijuana program with the aim of helping those suffering from various ailments. The Eastern Band of Cherokee Indians (EBCI) recently approved cultivation, sales, and usage of medical cannabis on its lands.

The tribal council’s decision to follow other states and legalize medical marijuana asserts “the changing attitudes toward legal marijuana and a recognition of the growing body of evidence that supports cannabis as medicine,” Principal Chief Richard Sneed said in a statement, adding that medical cannabis is particularly important for those who suffer from cancer and chronic pain.

The New Orleans city council voted Thursday to remove penalties for low-level cannabis possession offenses, while in a separate action city leaders decided to vacate thousands of past cannabis-related convictions.

Beyoncé, the R&B queen and multi-award-winning singer, announced that she is building a cannabis farm to obtain her own CBD.

In an interview with U.S. magazine Harper’s Bazaar, Beyoncé talked about the benefits of CBD, the non-psychoactive chemical component of marijuana.

“I discovered CBD on my last tour, and I’ve experienced its benefits for soreness and inflammation. It helped with my restless nights and the agitation that comes from not being able to fall asleep“, the star recounted.

Canada And The U.S.

The two companies signed an exclusive intellectual property licensing and royalty agreement, under which they will offer Avicanna’s products under Heritage’s brand to registered medical marijuana patients in Canada.

One World Pharma Inc (OTCQB: OWPC)  has initiated the construction of a vertically integrated extraction facility in Colombia designed to process cannabis flower, making One World Pharma one of the first companies in the country to both hold licenses and the capability to extract high-quality CBD and THC oils.

One World Pharma is partnering with United Sciences to help design and construct the machinery for the plant in its facilities in Wisconsin.

The equipment will be transported to the extraction facility in Colombia, where it will immediately begin to provide a vertically integrated, end-to-end cannabis extraction process that removes THC, CBD, terpenes and other valuable material from the cannabis flower to be used for export.

The company will ship out 8.5 tons of medicinal marijuana to North Macedonia in what will be the world’s biggest single legal cannabis export to date.

Top Stories Of The Week

Check out the top stories on Benzinga Cannabis this week: