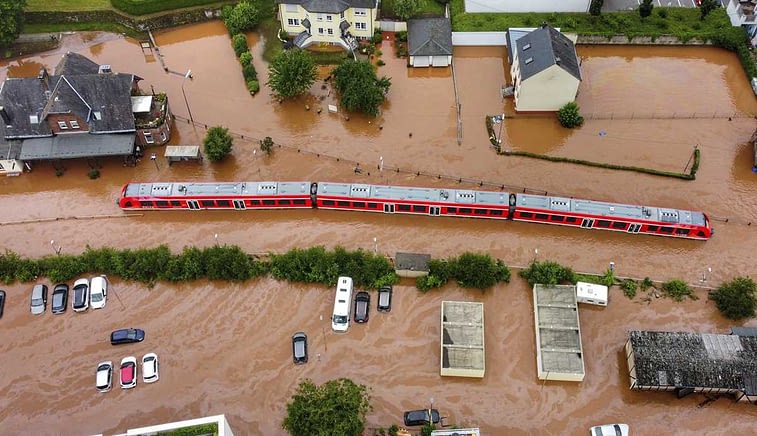 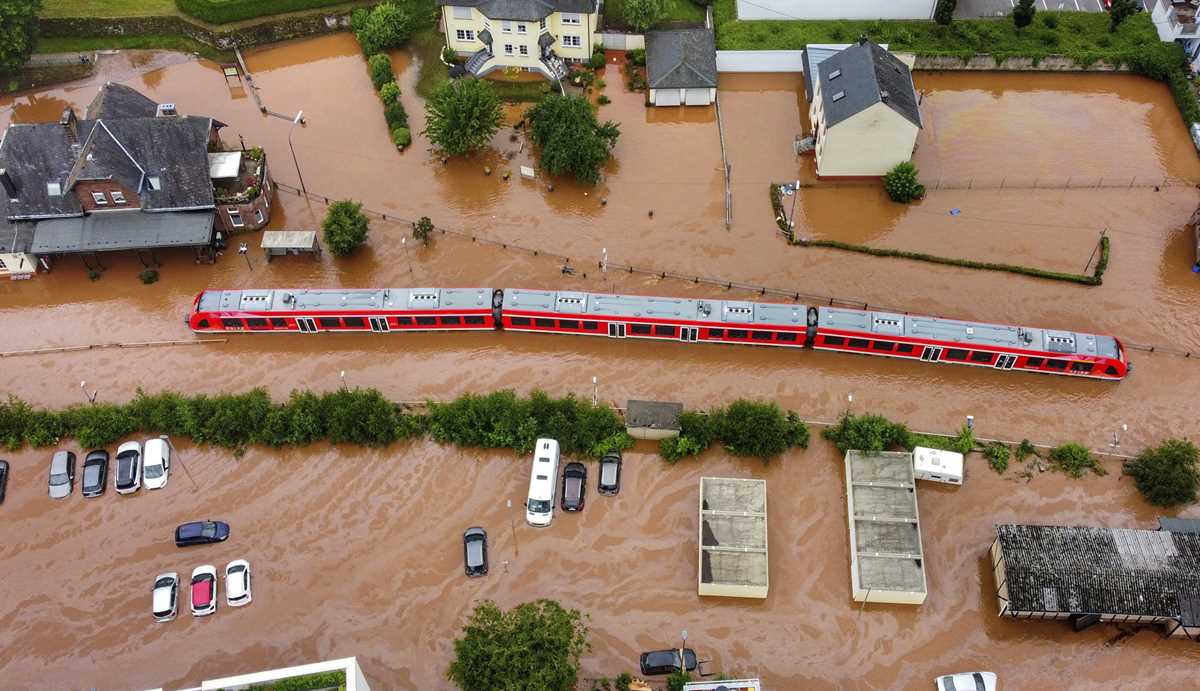 In this Thursday, July 15, 2021, 2021 file photo, a regional train in the flood waters at the local station in Kordel, Germany, after it was flooded by the high waters of the Kyll river. Scientists say global warming makes the kind of extreme rainfall that caused deadly flash floods in western Europe last month more likely, though it remains unclear exactly how much. (Sebastian Schmitt/dpa via AP, File) 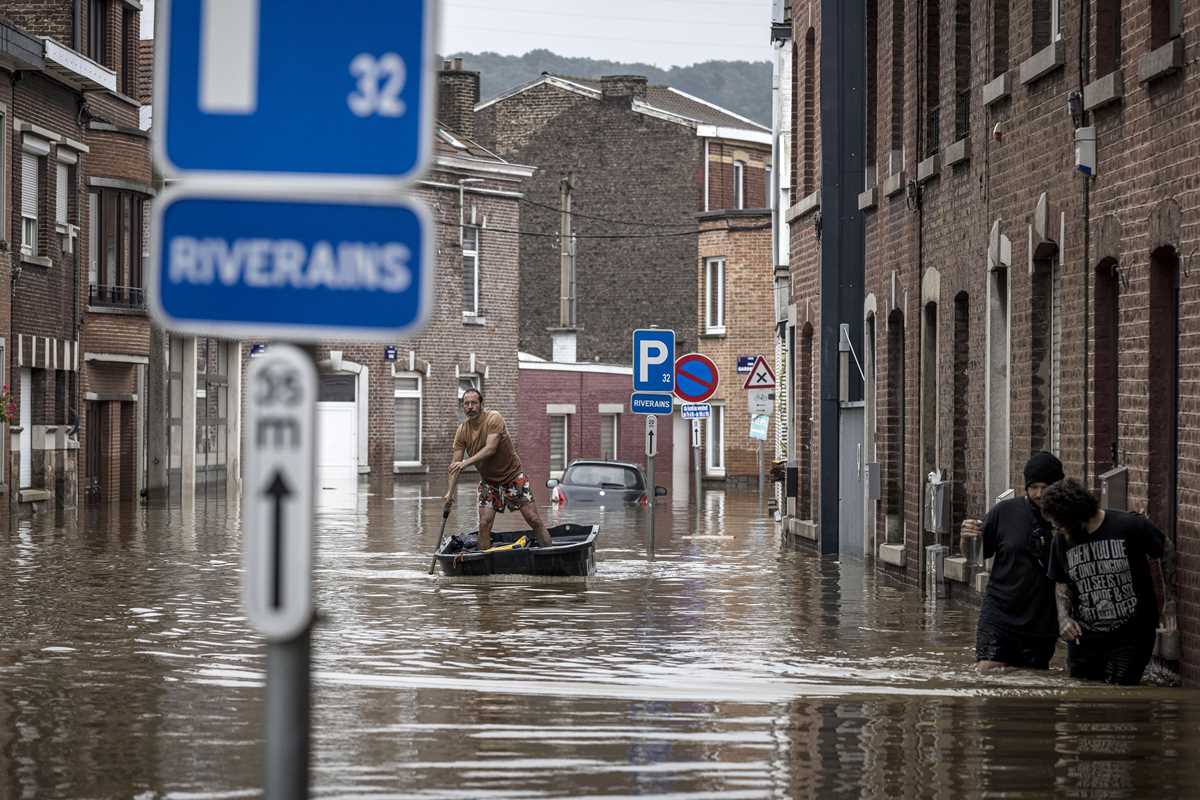 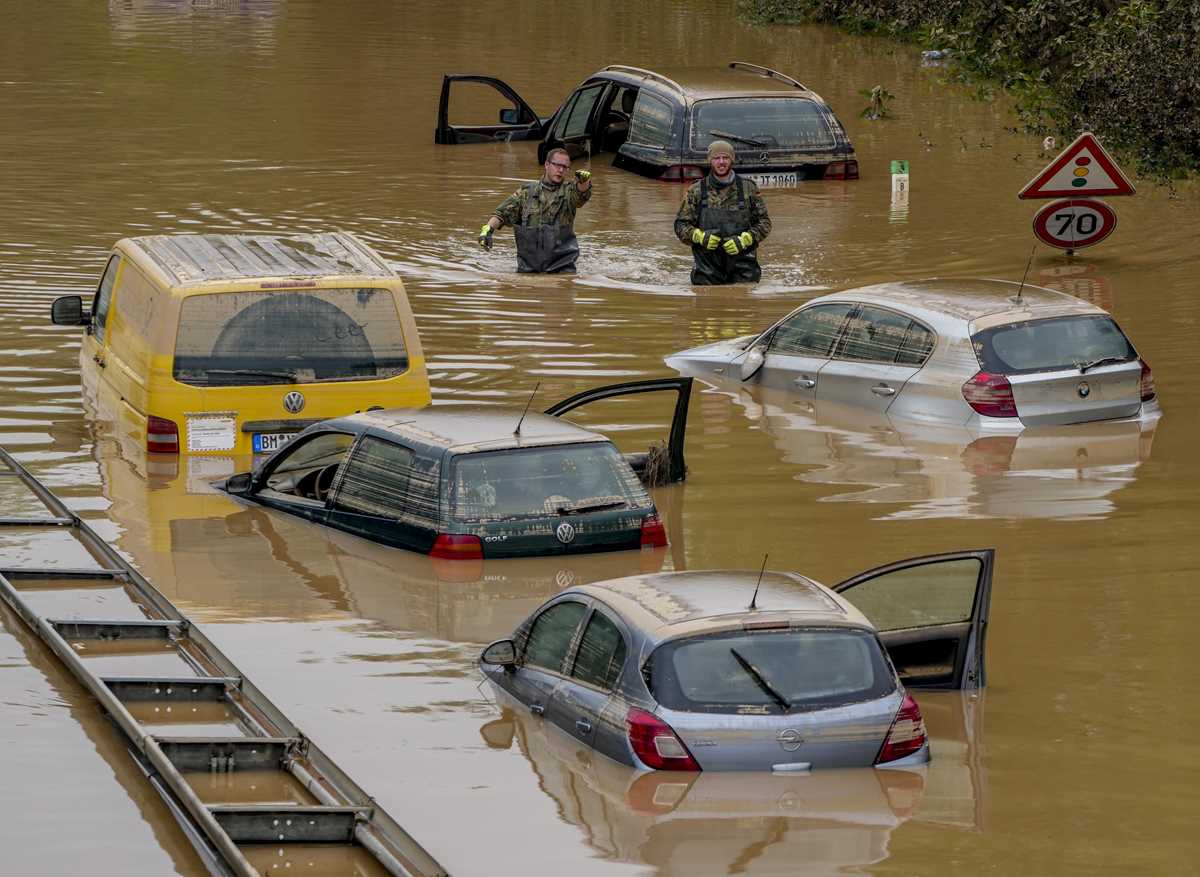 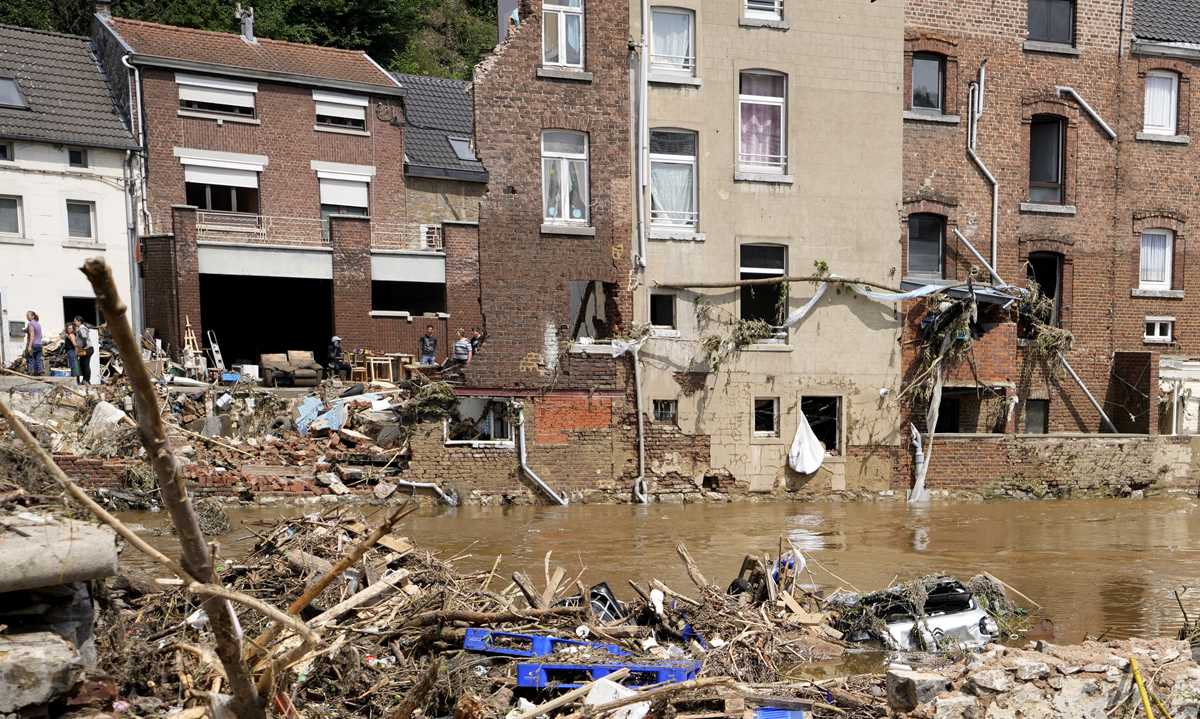 FILE-In this July 17, 2021 file photo a car sits upside down in the River and houses are damaged after flooding in Pepinster, Belgium. Scientists say global warming makes the kind of extreme rainfall that caused deadly flash floods in western Europe last month more likely, though it remains unclear exactly how much. (AP Photo/Virginia Mayo)

At least 220 people died in Germany and Belgium on July 14-15 when swollen streams turned into raging rivers, sweeping away houses, roads and bridges, and causing billions of euros (dollars) in damage.

A study released Tuesday by the World Weather Attribution group used historical records and computer simulations to examine how temperatures affected rainfall from the late 19th century to the present. While the study hasn’t been assessed by independent scientists yet, its authors use widely accepted methods to conduct rapid assessments of specific weather events such as floods, droughts and heat waves.

It found that across a large strip of western Europe — stretching from the Netherlands to Switzerland — the amount of rainfall in a single day increased by 3% to 19% over the period, during which global temperatures increased by 1.2 degrees Celsius (2.2 degrees Fahrenheit).

Experts say that for every 1 degree Celsius (1.8 F) the planet warms, the air can absorb 7% more water. When that water is released, it causes more extreme rainfall.

The study, conducted by almost 40 researchers from six European countries and the United States, calculated that downpours of the kind that caused last month’s floods are now 1.2 to 9 times more likely — and this will increase further if the planet continues to heat up.

“Humans are clearly changing and warming up the Earth’s climate,” he said. “And with this warming we are also seeing a change in weather extremes.”

The authors said the damage and loss of life seen in this disaster highlight how nations need to do more to curb greenhouse gas emissions and prepare for such disasters.

“These floods have shown us that even developed countries are not safe from severe impacts of extreme weather that we have seen,” said Friederike Otto, associate director of the Environmental Change Institute at Oxford University. “This is an urgent global challenge and we need to step up to it. The science is clear and has been for years.”