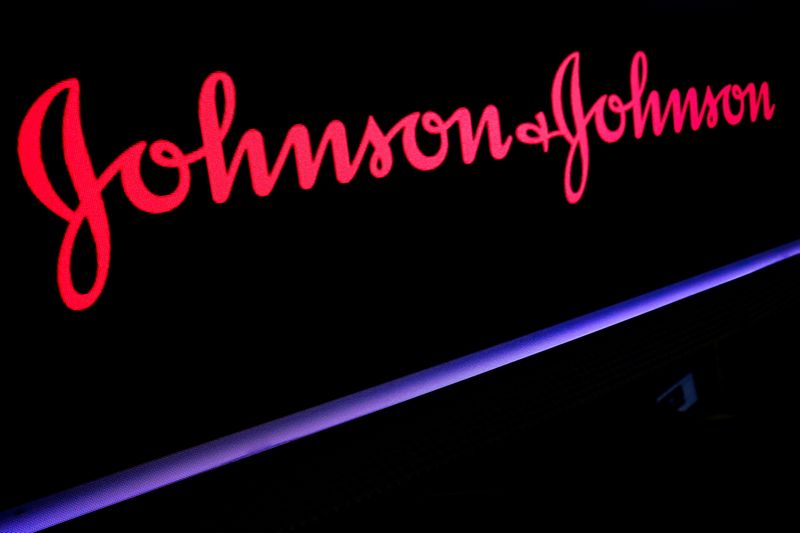 © Reuters. FILE PHOTO: The Johnson & Johnson logo is displayed on a screen on the floor of the New York Stock Exchange (NYSE) in New York, U.S., May 29, 2019. REUTERS/Brendan McDermid

By Nate Raymond and Tom Hals

(Reuters) – At least six U.S. states, including Georgia, have decided they will not fully sign on to a proposed $26 billion settlement with three drug distributors and Johnson & Johnson (NYSE:), which have been accused of fueling the nation’s opioid epidemic, according to the states’ attorneys general.

States had until Saturday to decide whether to support the $21 billion proposed settlement https://www.reuters.com/legal/litigation/drug-distributors-jj-reach-landmark-26-bln-opioid-settlement-2021-07-21 with McKesson Corp (NYSE:), AmerisourceBergen (NYSE:) Corp and Cardinal Health Inc (NYSE:) and a separate $5 billion agreement with J&J.

Georgia on Monday was the largest state that said it would not join the settlement.

“At the present time, joining the national settlements does not guarantee the best outcome for Georgia and its counties, cities and citizens,” said the attorney general’s office in an email. “We will litigate our claims if needed to yield the greatest possible recovery for all Georgians to address this devastating crisis.”

New Mexico, Oklahoma, Washington and West Virginia also declined to join the deals, their state attorneys general said. New Hampshire agreed to the settlement with distributors but not the J&J agreement.

The complex settlement formula envisions at least 44 states participating, but ultimately the companies get to decide whether a “critical mass” has joined and whether to finalize the deal.

The size of the settlement is based on the number of participating states. Those that decline to join will instead seek a larger recovery by continuing to fight the defendants in the courts. The companies have already paid hundreds of millions in verdicts and other settlements.

The deal, which was unveiled by 14 state attorneys general on July 21, aims to resolve more than 3,000 lawsuits accusing the distributors of ignoring red flags that pain pills were being diverted into communities for illicit uses and that J&J played down the risks of opioid addiction.

The money would go toward funding treatment and other services.

The companies deny wrongdoing, saying the drugs were approved by the U.S. Food and Drug Administration and that responsibility for ballooning painkiller sales lies with others, including doctors and regulators.

McKesson said the companies have until Sept. 4 to determine if there is sufficient support for the agreements and said that process is ongoing. Cardinal Health and AmerisourceBergen declined to comment and J&J did not immediately respond to a request for comment.

The support of two other states, Nevada and Alabama, also appeared to be in doubt, according to sources familiar with the situation.

The participation of states is tied closely to that of their local governments, which brought the majority of the lawsuits. Cities and counties within participating states would have through Jan. 2 to sign on. Ultimately, $10.7 billion of the settlement money is tied to the extent to which localities participate.