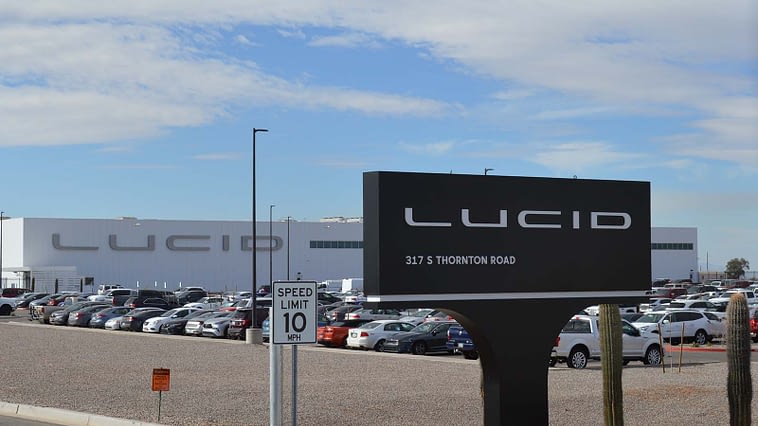 Source: Around the World Photos / Shutterstock.com

The company’s overall negative performance since its July 23 debut did little to give investors hope for a turnaround as this important deadline approached, and today has been no different. Despite the consistent media attention surrounding Lucid Motors’ upcoming product launch, it appears that investors are eager to sell.

A Bullish or Bearish Approach to LCID Stock?

Given what we know of the company, is a bullish or bearish approach better?

Lucid Motors is an interesting case. While it has been quick to capture the fascination of the general public, it has not officially launched a vehicle. Therefore, the hype is based not on physical products but on images released by the company. That is, however, about to change, as the company has announced plans to open the doors of its new manufacturing facility in Casa Grande, Arizona to invited members of the media as well as investors and policymakers. They will also be able to test-drive a Lucid Air, the electric vehicle set for production soon. This week-long event is scheduled to begin on Sept. 27, marking the second catalyst for this month.

“With EVs well-positioned to cannibalize a $5 trillion automobile market, there’s very little debate over long-term industry growth,” she stated. “That said, it’s too early to take a position in CCIV at these levels. Building vehicles is a rough business. Getting the manufacturing process right (and delivering products on time) will take more than cool design renderings.”

Industry Demand Is Growing, But So Are Lucid Motors’ Competitors

In the months that have followed, the company’s stock has certainly not done much to prove her predictions wrong. Additionally, while Lucid Motors’ designs have remained behind factory walls, competitors such as Tesla (NASDAQ:TSLA) have continued manufacturing and monopolizing the electric vehicle market. The industry pioneer even has plans to continue its global reach by expanding to India.

But despite the stock’s recent negative performance, experts are highlighting the company’s long-term potential for growth, indicating that investors might be wise to evaluate LCID stock from a bearish perspective. As biedexmarkets.com contributor Faizan Farooque notes:

“Lucid’s management consists of experienced hands. And they have the capital to deliver on their targets, which makes LCID stock worth a small position in your portfolio.” He adds that “LCID has a 52-week high of $64.86. For the last few weeks, shares have meandered between $21 and $23,” indicating a potentially enticing risk-reward ratio for investors.

While it is true that Lucid Motors does not have Tesla’s market share, it is coming into the electric vehicle field with the advantage of not having to having to invest as much in the development construction of public charging stations. As the EV market continues to expand, public investment in charging stations will likely grow as well.

Potential High Reward for Those with Patience

The recent trend of PIPE investors offloading shares at the first possible opportunity is a reminder that Wall Street is not often patient. While the potential for growth with Lucid Motors is strong, it is possible that the type of profits that investors seek could be over a year away, if not longer. That said, the company had over 11,000 reservations for a car that few have seen as of late July 2021. After the factory is opened on Sept. 27, that number is likely to grow.

Overall, those who still hold LCID stock would be well advised to wait to sell until we have seen what is happening behind the factory walls. The media coverage will be strong and it might help inspire investor confidence when we see what Lucid Motors is really working on. The future may be uncertain, but the upside potential and risk-reward factors are clear. This is a time to buy and to hold, at least for now.

On the date of publication, Samuel O’Brient did not have (either directly or indirectly) any positions in the securities mentioned in this article. The opinions expressed in this article are those of the writer, subject to the biedexmarkets.com.com Publishing Guidelines.