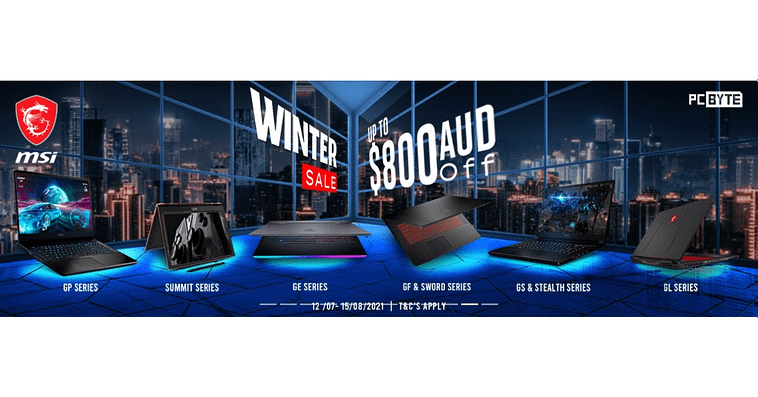 MELBOURNE, Australia, Aug. 24, 2021 /PRNewswire/ — While a gaming PC is generally cheaper and upgradable, the assumption that building a gaming PC is better than buying a gaming laptop doesn’t ring true for every user. Leading gaming PC Australia retailer, PCByte, explains there are many key differences between the two, so gamers should weigh up their options carefully.

From a price to performance perspective, if a user wants the best gaming laptop on the market, PCByte says users can expect to pay a higher premium for a laptop than for the best gaming PC. With the premium price tag though, there are some serious advantages when it comes to a gaming laptop.

According to PCByte, most gaming laptops have a CPU and GPU that is well balanced for one another and have motherboards that are specifically designed to work with other hardware in the system. On the other hand, many hand-built gaming PC systems tend to have performance bottlenecks, which can affect the user experience.

As PCByte points out, however, building a gaming PC can be a better choice, given how easy it is to upgrade components at a later date. This allows for more flexible budgeting and is also potentially a better ‘future proofing’ choice. It is very difficult to make upgrades to a gaming laptop and because every component comes built in, there is a higher upfront cost.

Many argue that a gaming laptop isn’t as powerful as a gaming PC, but as PCByte points out, for casual gamers and those who mostly play online, the difference isn’t that big. Many premium gaming laptops can handle AAA titles with satisfying framerates and great performance. While they are expensive, more budget friendly versions still come with features like ray tracing, high end displays and next-gen hardware.

For serious gamers though, PCByte explains that a desktop gaming PC will always have its place at the top of the food chain. Many gaming enthusiasts take pride in choosing every component that goes into their system and its appearance, while also customising their system to perform exactly as they want.

Looking to build a gaming PC or purchase the best gaming laptop Australia wide? Visit PCByte online and shop for other everyday tech items too, like the Xiaomi robot vacuum.