Over the past three days, large wallet investors on the Ethereum blockchain have scooped up more than 855 billion Shiba Inu tokens. Massive Shiba Inu accumulation by whales is considered a sign of a bullish trend reversal in SHIB.

Typically, the accumulation of Shiba Inu by large wallet investors or a massive number of tokens on the move signifies a shift in the meme coin’s price. Whales on the Ethereum network accumulate Shiba Inu tokens through dips. Local tops in Shiba Inu price coincide with massive whale activity. Therefore, proponents consider the accumulation phase bullish for Shiba Inu holders.

Shiba Inu’s burn tracker Shibburn revealed that 76.4 million SHIB tokens have been pulled out of circulation permanently. These tokens have been sent to dead wallets, effectively destroying them.

76.4 million SHIB were burned in a single transaction

Tony M, technical analyst at FXStreet, believes Shiba Inu price is primed for a climb to the $0.00001394 level. The analyst notes that Shiba Inu price has trended south over the past week in a turbulent manner. The erratic pullbacks during this period indicate that Shiba Inu’s downtrend is weak and there is a likelihood of a bullish trend reversal. 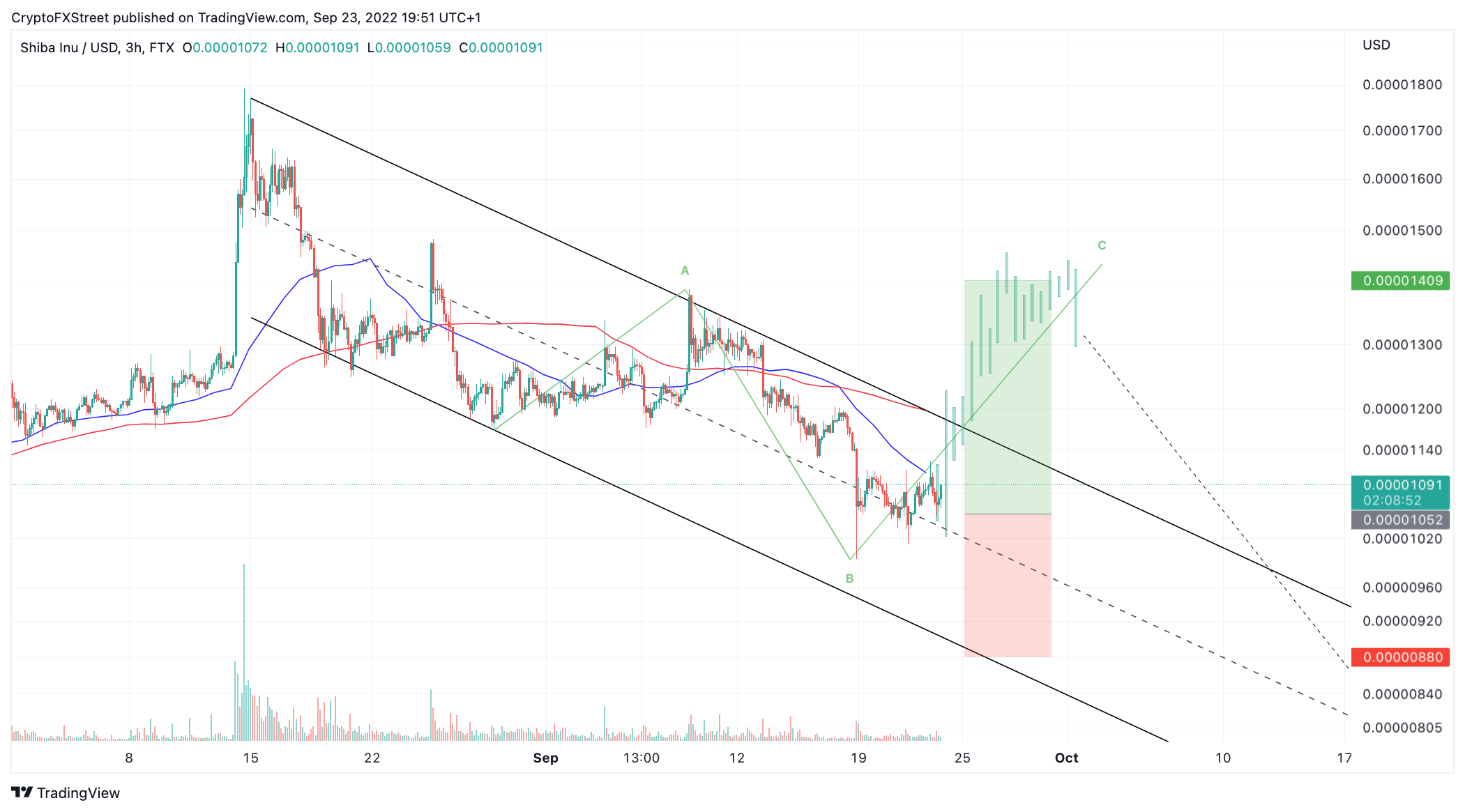 The analyst believes that an invalidation of Shiba Inu’s bullish trend depends on bulls defending the $0.00000880 level as support. If Shiba Inu price declines below this level, it is likely to descend in a downward spiral to $0.00000738.