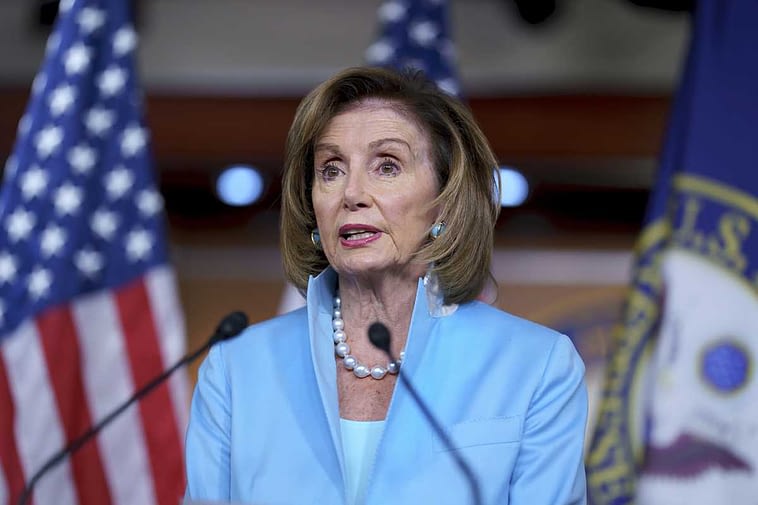 In this Aug. 6, 2021, file photo Speaker of the House Nancy Pelosi, D-Calif., meets with reporters at the Capitol in Washington. Moderate House Democrats say they’ll sink a crucial fiscal blueprint outlining $3.5 trillion in social and environment spending unless a separate infrastructure bill is approved first. Nine of them have written Pelosi saying they “will not consider voting” for the budget resolution unless the separate, $1 trillion infrastructure measure is first enacted into law. (AP Photo/J. Scott Applewhite, File) 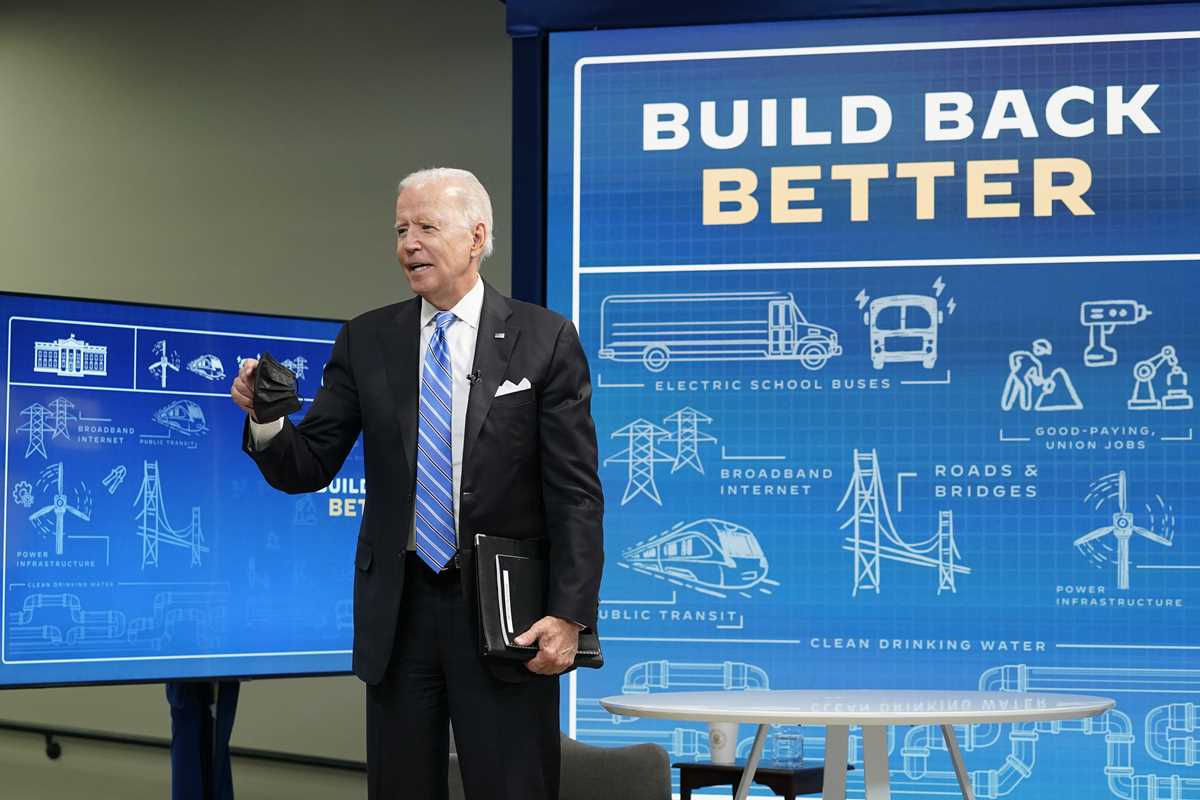 President Joe Biden answers a question from a reporter following a virtual meeting from the South Court Auditorium at the White House complex in Washington, Wednesday, Aug. 11, 2021, to discuss the importance of the bipartisan Infrastructure Investment and Jobs Act. (AP Photo/Susan Walsh)

In a letter to Pelosi, D-Calif., the nine said they “will not consider voting” for a budget resolution mapping Democrats’ ambitious fiscal plans until the House approves a separate, Senate-passed package of road, broadband and other infrastructure projects and sends it to Biden.

That’s the opposite of Pelosi’s current strategy as party leaders plot how to steer Biden’s agenda through a Congress the divided party runs by paper-thin margins. She’s repeatedly said her chamber won’t vote on the bipartisan, $1 trillion infrastructure measure that moderates covet until the Senate sends the House a companion, $3.5 trillion bundle of social safety net and environmental initiatives favored by progressives.

Progressives have applied their own pressure, saying many would vote against the infrastructure measure until the Senate approves the $3.5 trillion social and environment bill. That larger measure is unlikely to be ready until autumn.

Democrats have too much at stake to let internal turmoil sink their domestic ambitions, but it was initially unclear how leaders would untie the knot. With Senate Majority Leader Chuck Schumer, D-N.Y., facing a similar moderates-vs.-progressives balancing act in his chamber, Biden may eventually need to play a more forceful role and prod rank-and-file lawmakers into line.

“Both are essential, and we are working closely with Speaker Pelosi and the leadership to get both to the President’s desk,” Psaki said in a written statement.

Biden consulted with his legislative affairs team about his economic plan’s pathway in the House, the White House said.

Together, the infrastructure and social and environment bills make up the heart of Biden’s governing goals, and their enactment would likely stand as one of his legacy achievements as president. But neither wing of his party in Congress fully trusts the other to back both packages, so leaders want to sequence votes in a way that gives neither faction an edge.

In a measured statement, Rep. Pramila Jayapal, D-Wash., said anyone opposing the $3.5 trillion measure “is voting against the President’s and the Democrats’ agenda.” Jayapal chairs the Congressional Progressive Caucus, which has nearly 100 House members.

Democrats control the House by just three votes, giving virtually all 220 of the party’s lawmakers tremendous leverage. They run the 50-50 Senate only with Vice President Kamala Harris’ tie-breaking vote.

The House returns to Washington from its summer recess on Aug. 23 to vote on the budget resolution and perhaps other legislation, giving Biden, Pelosi and other leaders time to decide their next move.

Pelosi, first elected to Congress in 1987 and her party’s House leader since 2003, is a seasoned crisis manager and vote counter who Friday was showing no signs of backing down.

Asked about Pelosi’s next move, a senior House Democratic aide said the party doesn’t have enough votes to pass the infrastructure bill this month. The aide contrasted the nine moderates with the dozens of progressive Democrats who would vote against that measure unless it comes after the House gets the Senate’s $3.5 trillion social and environmental bill.

The aide was not authorized to publicly discuss the party’s internal dynamics and spoke on condition of anonymity.

Congressional passage of the budget resolution ultimately seems certain because it’s a necessity for Democrats. Without it, Senate Republicans would be able to use a filibuster, or procedural delays, to kill the follow-up $3.5 trillion bill.

Moderates, including many who represent swing districts and face competitive reelection races next year, are leery of that huge bill because of its massive price tag. Democrats plan to pay for much of it with tax boosts on the wealthy and large corporations and want it to include provisions crafting a pathway to citizenship for millions of immigrants in the U.S. illegally, which also worry centrist Democrats.

Two of the Senate’s most moderate Democrats, Sens. Joe Manchin of West Virginia and Kyrsten Sinema of Arizona, have already said they consider $3.5 trillion too expensive.

The measure would renew tax credits for children, mandate paid family leave, expand Medicare coverage and provide free pre-Kindergarten and community college. There would be increased spending to encourage a shift from carbon to clean energy fuels and for housing and home care, and the government would negotiate pharmaceutical prices to drive down prescription drug costs.

Republicans are certain to use campaign ads accusing Democrats who back that huge measure of voting for proposals that will fuel inflation, raise taxes and cost jobs.

Bellwether stocks are considered to be leading indicators about the direction of the overall economy, a specific sector, or the broader market. They are predictive stocks in that investors can use the company’s earnings reports to gauge economic strength or weakness.

The traditional definition of bellwether stocks brings to mind established, blue-chip companies. They are the home of mature brands with consumer loyalty. These may be stocks that aren’t associated with exceptional growth; some may be dividend stocks.

But there’s something different about normal this time around. If it’s true (and I think it is) that the old rules no longer apply, investors need to change the way they think about bellwether stocks. Plus, let’s face it, many stocks that we might consider to be bellwether stocks have already had a bit of a vaccine rally. That means that the easy gains are gone.

With that in mind, we’ve put together this special presentation that highlights seven of what may be termed the new bellwether stocks. These are stocks that investors should be paying attention to as the economy continues to reopen.

One quality of many of these stocks is that they are either negative for 2021 or underperforming the broader market. And that means that they are likely to have a strong upside as the economy grows.

View the “7 Bellwether Stocks Signaling a Return to Normal”.