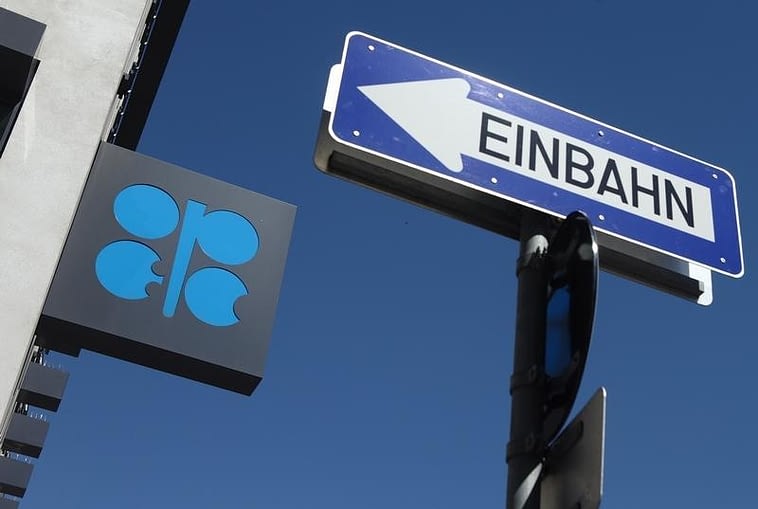 © Reuters. FILE PHOTO: The OPEC logo pictured ahead of an informal meeting between members of the Organization of the Petroleum Exporting Countries (OPEC) in Algiers, Algeria, September 28, 2016. REUTERS/Ramzi Boudina

LONDON/DUBAI (Reuters) – OPEC+ revised up its 2022 oil demand forecast ahead of a meeting of the oil producing group on Wednesday, amid U.S. pressure to raise output more quickly to support the global economy.

The Organization of the Petroleum Exporting Countries and allies led by Russia, a group known as OPEC+, meet on Wednesday at 1500 GMT to set policy.

Sources told Reuters the meeting was likely to roll over existing policies despite pressure from the United States to pump more oil.

However, the higher demand forecast strengthens the case for a speedier output increases by OPEC+ as benchmark traded above $72 per barrel, close to multi-year highs.

The demand forecast revision came during the OPEC+ joint technical committee (JTC), which on Tuesday presented an updated report on the state of the oil market in 2021-2022.

On Tuesday, OPEC+ sources said the report, which has not been made public, forecast a 0.9 million bpd deficit this year as global demand recovers.

The report had initially forecast a surplus of 2.5 million bpd in 2022 but this was later revised to a smaller surplus of 1.6 million bpd due to stronger demand, the sources said.

As a result, commercial oil inventories in the OECD, a group of mostly developed countries, would remain below their 2015-2019 average until May 2022 rather than the initial forecast for January 2022, the JTC presentation showed, according to the sources.