FILE- In this Feb. 2, 2021 file photo, Tyson Foods team members receive COVID-19 vaccines from health officials at the Wilkesboro, N.C. facility. Tyson Foods will require all of its U.S. employees to get vaccinated against COVID-19, becoming one of the first major employer of frontline workers to so amid a resurgence of the virus. Tyson, one of the world’s largest food companies, announced Tuesday, Aug. 3, that members of leadership team must be vaccinated by Sept. 24 and the rest of its office workers by Oct. 1. (Melissa Melvin/AP Images for Tyson Foods File) 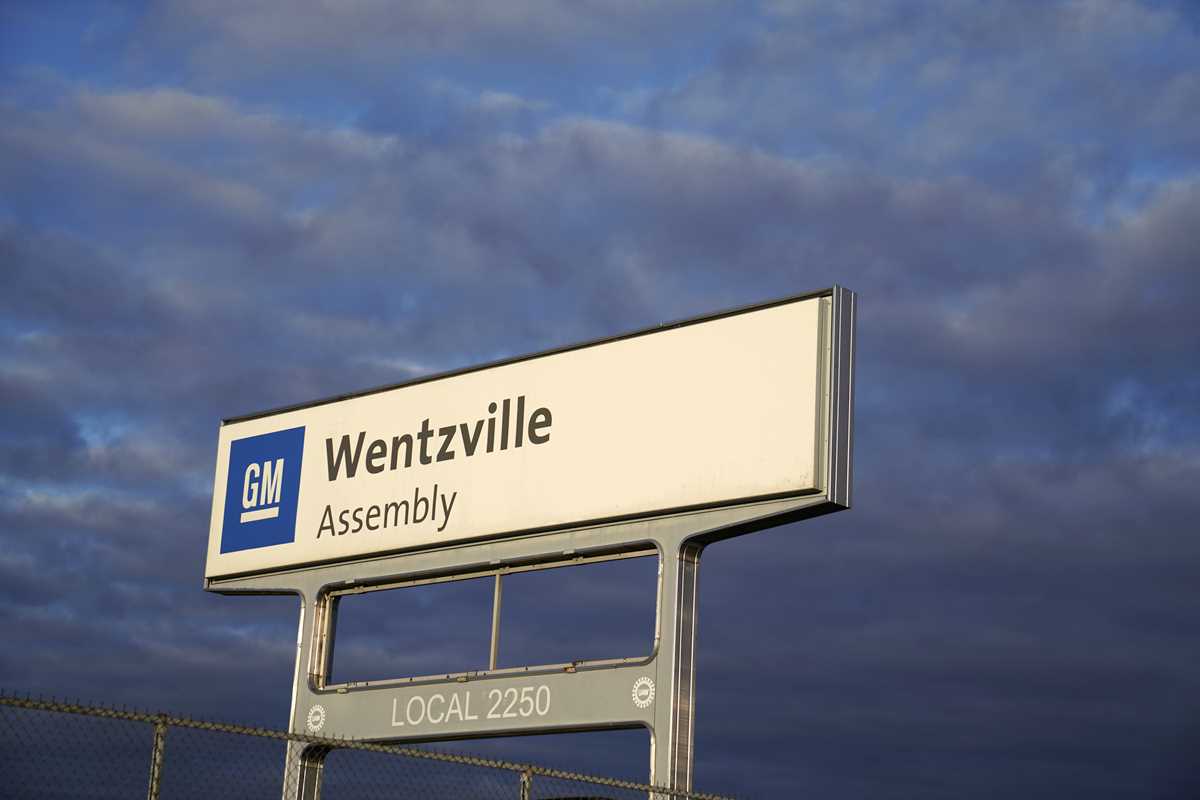 This March 24, 2021 photo shows a sign near an entrance to a General Motors assembly plant in Wentzville, Mo. Unionized auto workers in the U.S. will go back to wearing masks in all factories, offices and warehouses starting Wednesday, Aug. 4, because of the spreading delta coronavirus variant.(AP Photo/Jeff Roberson) 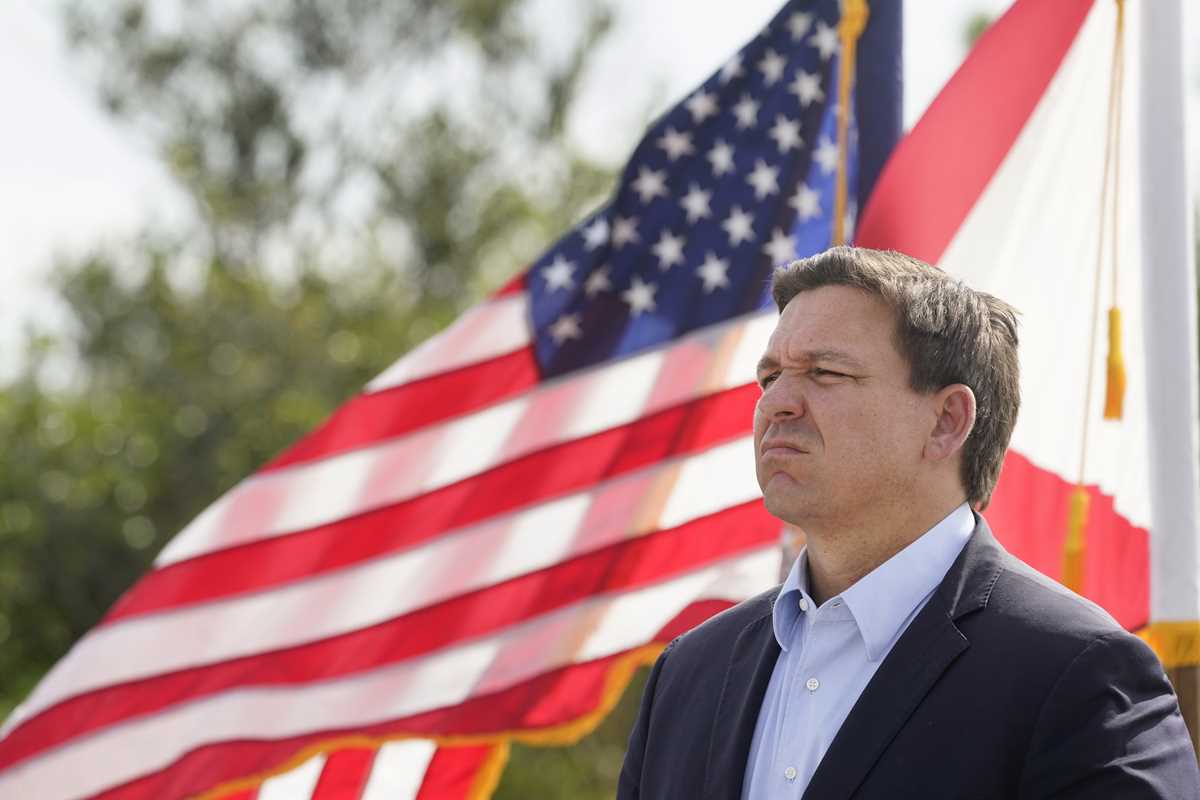 Florida Gov. Ron DeSantis listens during a news conference, Tuesday, Aug. 3, 2021, near the Shark Valley Visitor Center in Miami. DeSantis is doubling down as the state again broke its record for COVID-19 hospitalizations. The Republican governor insisted Tuesday that the spike will be short-lived. (AP Photo/Wilfredo Lee)

New York on Tuesday became the nation’s first big city to announce it will require proof of COVID-19 vaccination at restaurants, shows and gyms, joining the growing list of state and local governments and large employers taking a hard line against both the surging delta variant and vaccine holdouts.

Meat and poultry giant Tyson Foods said it will require all of its approximately 120,000 U.S. employees to get the shot over the next three months, becoming one of the first major employers of front-line workers to do so. And an estimated 150,000 unionized workers at the big three U.S. automakers will have to go back to wearing masks starting Wednesday.

“The goal here is to convince everyone that this is the time. If we’re going to stop the delta variant, the time is now. And that means getting vaccinated right now,” New York Mayor Bill de Blasio said in announcing the aggressive new measures that will go into effect in mid-August.

Vaccination cards will be accepted as proof of inoculation, along with state and city apps.

Florida has more people now in the hospital with COVID-19 than at any other time during the outbreak — over 11,500. Louisiana reported an all-time high of more than 2,100 hospital patients with the virus, most of them unvaccinated. Both states’ vaccination rates are below the national average.

“They’re just coming in faster than we discharge them. It’s definitely people in their 40s and 50s right now,” said Justin Senior, CEO of Florida Safety Net Hospital Alliance, which represents some of the largest hospitals in the state caring for poor people.

The crisis has become a race between the delta variant and the vaccine. Experts say the vaccine is still highly effective at preventing serious illness and death from the more contagious mutant version.

Cannabis investors have been burned in the past by big name companies that saw their stock values skyrocket overnight, only to plummet back to earth when the challenge of turning a profit proved too difficult. Experts say key to making money with cannabis stocks is to invest in smaller companies with a track record of success.

Amid the growing alarm over the way the virus is storming back, vaccinations across the country have begun to tick up slightly in recent weeks, reaching more than a half-million per day on average, but are still far below the peak of 3.4 million per day in April.

Seventy percent of the nation’s adults have received at least one shot, and nearly 61% are fully vaccinated — well short of where President Joe Biden wanted the U.S. to be by this point.

Florida Gov. Ron DeSantis, who is running for reelection next year while eyeing a 2024 presidential bid, doubled down Tuesday as the state again broke its record for COVID-19 hospitalizations, insisting that the spike will ease soon and that he will not impose any business restrictions or mask mandates. He encouraged people to get vaccinated.

The auto industry’s decision to mask up again was made by representatives from General Motors, Ford, the parent company of Chrysler, and the United Auto Workers union, and it applies even to employees who have been vaccinated. The move comes just under a month after vaccinated autoworkers were allowed to shed their masks.

As for Tyson, Donnie King, CEO of the Springdale, Arkansas, company, said in a memo to employees that the vaccine requirement is needed to overcome persistent hesitancy to get the shots.

In New York, Sean Ogs, manager of the Woodside Cafe in Queens, said he was “floored” when he heard the news about mandatory vaccinations for customers.

“We’ve already been in a struggle. I don’t know how I’m going to deal with it,” Ogs said. “It’s going to be extra work. It’ll make things impossible.”

Debbie McCarthy, a regular at the Woodside Cafe who is unvaccinated, said she was turned away over the weekend from several establishments that had already begun requiring proof.

“I’m a little shocked they would do that,” said McCarthy, who said she recovered from COVID-19 months ago and believes her antibodies will protect her from another infection. “Why are they so afraid of people who haven’t been vaccinated? I think we should have a choice.”

Should you invest $1,000 in Tyson Foods right now?

Before you consider Tyson Foods, you’ll want to hear this.

MarketBeat keeps track of Wall Street’s top-rated and best performing research analysts and the stocks they recommend to their clients on a daily basis. MarketBeat has identified the five stocks that top analysts are quietly whispering to their clients to buy now before the broader market catches on… and Tyson Foods wasn’t on the list.

While Tyson Foods currently has a “Buy” rating among analysts, top-rated analysts believe these five stocks are better buys.