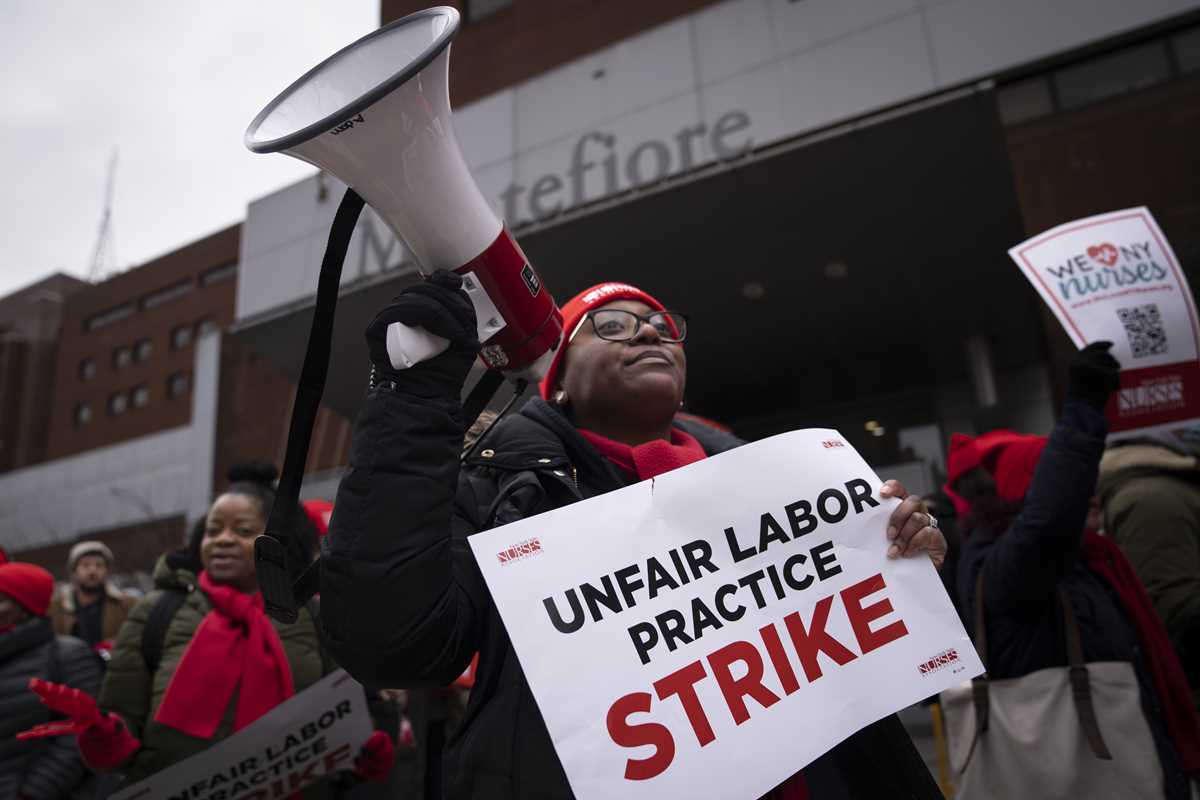 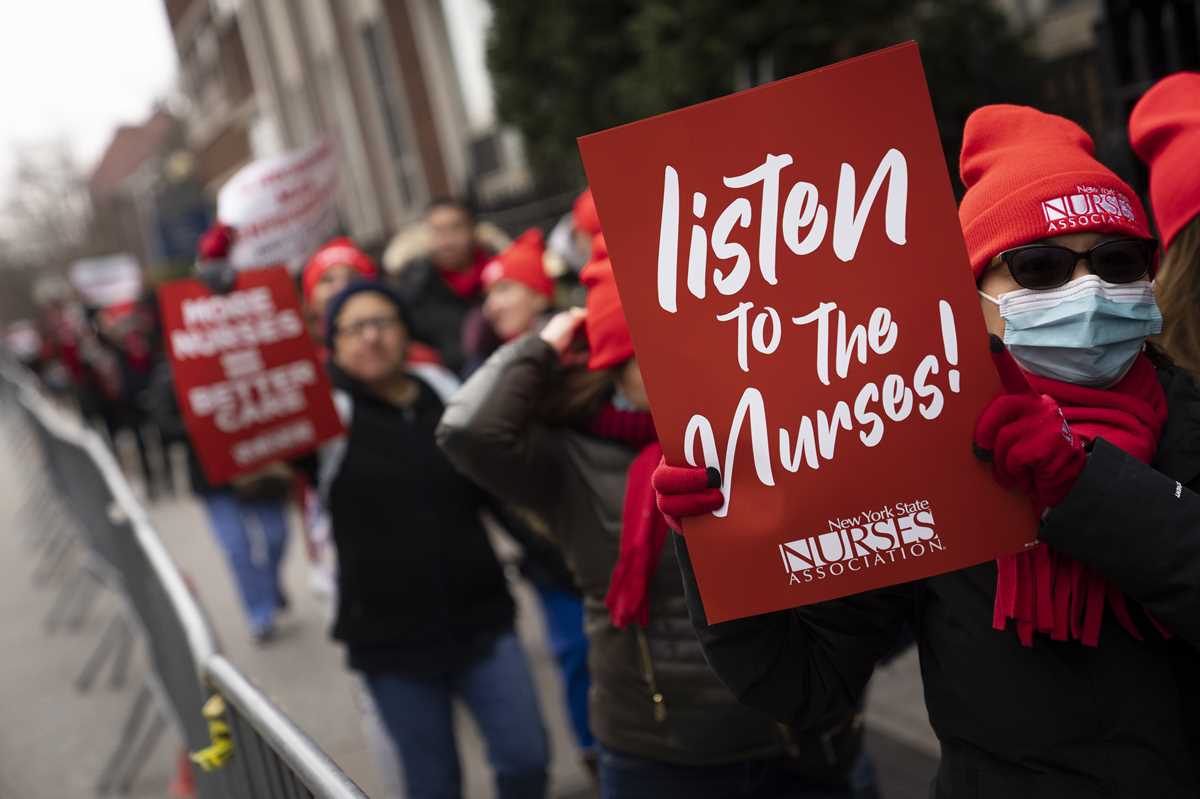 The nurses, represented by the New York State Nurses Association, walked out early Monday after negotiations with management ran aground at Mount Sinai Hospital, in Manhattan, and Montefiore Medical Center, in the Bronx. Each has over 1,000 beds and 3,500 or more union nurses.

Hochul, a Democrat, said that with the new three-year contract, “they’ll receive a well-deserved 19% pay increase here. Also better benefits, higher wages for those with higher education, and again, a working environment that allows them to focus on patient care.”

The union has stressed staffing levels as a key concern, saying that nurses who labored through the grueling peak of the coronavirus pandemic are stretched far too thin because too many jobs are open. Nurses say they have had to work overtime, handle twice as many patients as they should, and skip meals and even bathroom breaks.

The agreements with both hospitals include concrete, enforceable staffing ratios, the union said. The agreement with Montefiore also included what the union described as community health improvements and nurse-student partnerships to recruit local nurses from the Bronx.

“Through our unity and by putting it all on the line, we won enforceable safe staffing ratios at both Montefiore and Mount Sinai where nurses went on strike for patient care,” NYSNA President Nancy Hagans said in a statement. “Today, we can return to work with our heads held high, knowing that our victory means safer care for our patients and more sustainable jobs for our profession.”

The privately owned, nonprofit hospitals say they have been grappling with a widespread nursing shortage that was exacerbated by the pandemic.

“Our bargaining team has been working around the clock with NYSNA’s leadership to come to an agreement,” Montefiore said in a statement. “From the outset, we came to the table committed to bargaining in good faith and addressing the issues that were priorities for our nursing staff.”

The hospital said it focused on ensuring the nurses had “the best possible working environment, with significant wage and benefit enhancements” through the deal with the union.

“We know this strike impacted everyone — not just our nurses — and we were committed to coming to a resolution as soon as possible to minimize disruption to patient care,” the hospital said.

Mount Sinai said in a statement it was pleased to have reached a tentative agreement and that the strike was over.

“Our proposed agreement is similar to those between NYSNA and eight other New York City hospitals. It is fair and responsible, and it puts patients first,” Mount Sinai Health System said.

Several other private hospitals around the city reached deals with the union as the strike deadline loomed. The agreements included raises totaling 19% over three years.

Mount Sinai and Montefiore said before the strike that they had offered the same pay boosts.