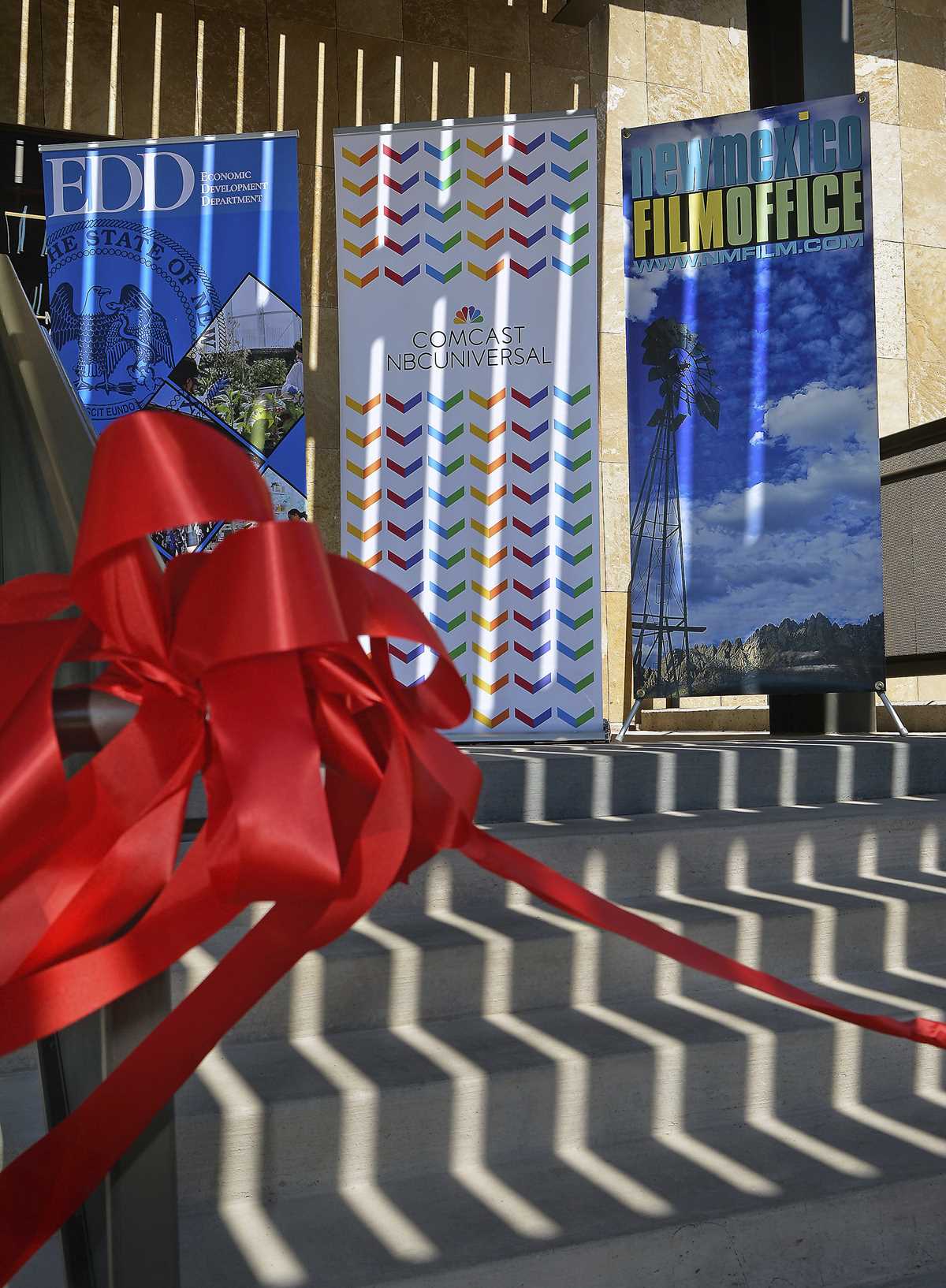 The red ribbon ready for the cutting for the official opening of the NBCUniversal’s New Mexico Production Studio, Thursday, June, 24 , 2021, in Albuquerque, N.M. (Jim Thompson/The Albuquerque Journal via AP)

ALBUQUERQUE, N.M. (AP) — Executives with NBCUniversal celebrated the opening of a new production facility in New Mexico on Thursday, as state and local officials touted efforts by the film and television industry to find ways to work through the challenges that stemmed from the coronavirus pandemic.

The executives were joined at a ribbon-cutting ceremony by Gov. Michelle Lujan Grisham and Albuquerque Mayor Tim Keller.

“Despite the pandemic, we’ve had one of our best and most productive years — if not our very best year ever — with the film and television industry,” the governor said in a statement. “This industry has leapt back to life because they have put safety first — and they will help our state recover economically as we put the pandemic behind us.”

NBCUniversal had announced in 2019 that it would build a state-of-the-art television and film studio in a warehouse district just north of downtown Albuquerque as part of a plan to expand its footprint in one of the fastest growing film production hubs in the country. The company also committed to $500 million in direct production spending over 10 years.

The media giant received more than $10 million in state and local economic development funds as incentives for locating the production facility in New Mexico.

This summer, MacGruber, a comedy series for Peacock by Universal Television, a division of Universal Studio Group, will begin filming in the facility through August 2021. It will star Will Forte, Kristen Wiig and Ryan Phillippe.

Meanwhile, Netflix is moving ahead with plans to expand its operations on the southern edge of Albuquerque.

Featured Article: What is the yield curve?