by Biedex Markets Admin Desk
in Uncategorized
Reading Time: 6 mins read
A A 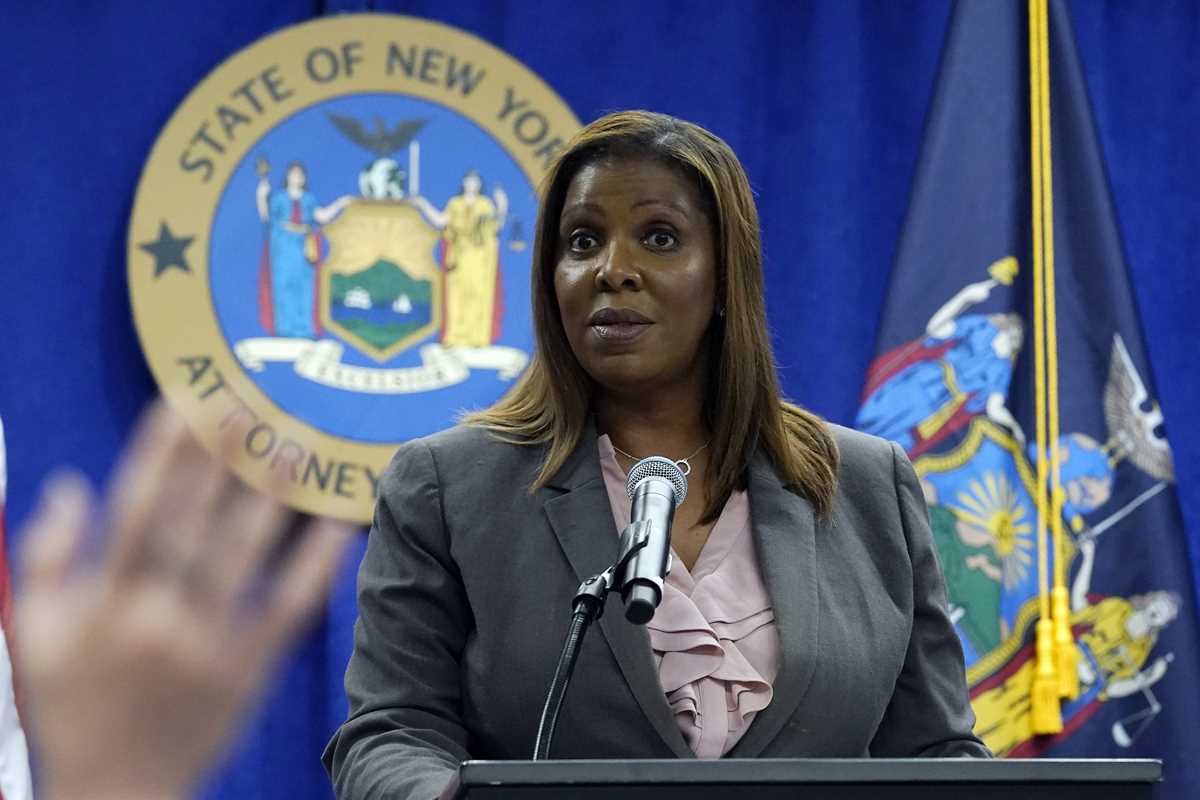 In this Friday, May 21, 2021, file photo, New York Attorney General Letitia James addresses a news conference at her office, in New York. In an agreement disclosed late Wednesday, July 7, 2021, in a filing in U.S. Bankruptcy Court in White Plains, N.Y., more than a dozen states have dropped their objections to OxyContin maker Purdue Pharma’s reorganization plan, edging the company closer to resolving its bankruptcy case. The new settlement terms call for Purdue to make tens of millions of internal documents public, a step several attorneys general, including James, had demanded as a way to hold the company accountable. (AP Photo/Richard Drew, File) 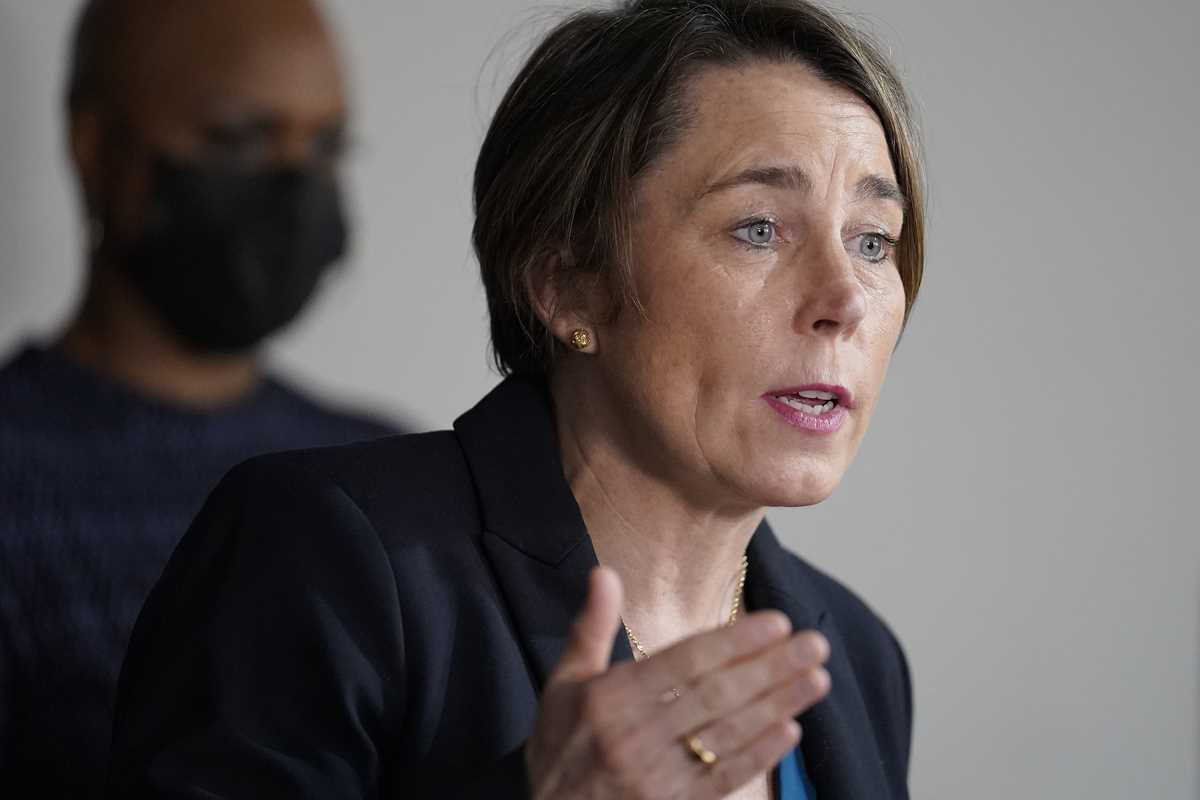 In this April 1, 2021, file photo, Massachusetts Attorney General Maura Healey responds to questions from reporters during a news conference in Boston. In an agreement disclosed late Wednesday, July 7, 2021, in a filing in U.S. Bankruptcy Court in White Plains, N.Y., more than a dozen states have dropped their objections to OxyContin maker Purdue Pharma’s reorganization plan, edging the company closer to resolving its bankruptcy case. The new settlement terms call for Purdue to make tens of millions of internal documents public, a step several attorneys general, including Healey, had demanded as a way to hold the company accountable. (AP Photo/Steven Senne, File)

More than a dozen states have dropped their longstanding objections to OxyContin maker Purdue Pharma’s reorganization plan, edging the company closer to resolving its bankruptcy case and transforming itself into a new entity that helps combat the U.S. opioid epidemic through its own profits.

The agreement from multiple state attorneys general, including those who had most aggressively opposed Purdue’s original settlement proposal, was disclosed late Wednesday night in a filing in U.S. Bankruptcy Court in White Plains, N.Y. It followed weeks of intense mediations that resulted in changes to Purdue’s original exit plan.

The new settlement terms call for Purdue to make tens of millions of internal documents public, a step several attorneys general, including those for Massachusetts and New York, had demanded as a way to hold the company accountable.

Attorneys general for both states were among the 15 who agreed to the new plan, joining about half the states that had previously approved it. Nine states and the District of Columbia did not sign on.

Purdue sought bankruptcy protection in 2019 as a way to settle about 3,000 lawsuits it faced from state and local governments and other entities. They claimed the company’s continued marketing of its powerful prescription painkiller contributed to a crisis that has been linked to nearly 500,000 deaths in the U.S. over the last two decades.

The court filing came from a mediator appointed by the bankruptcy court and shows that members of the wealthy Sackler family who own Purdue agreed to increase their cash contribution to the settlement by $50 million. They also will allow $175 million held in Sackler family charities to go toward abating the crisis.

In all, Sackler family members are contributing $4.5 billion in cash and assets in the charitable funds toward the settlement.

The agreement also prohibits the Sackler family from obtaining naming rights related to their charitable donations until they have paid all the money owed under the settlement and have given up all business interests related to the manufacturing or sale of opioids.

Massachusetts Attorney General Maura Healey, who had been the first attorney general to sue members of the Sackler family, praised the modified deal in a statement early Thursday. She pointed to the $90 million her state would receive and the way the company could waive attorney-client privilege to release hundreds of thousands of confidential communications with lawyers about its tactics for selling opioids and other matters.

“While I know this resolution does not bring back loved ones or undo the evil of what the Sacklers did, forcing them to turn over their secrets by providing all the documents, forcing them to repay billions, forcing the Sacklers out of the opioid business, and shutting down Purdue will help stop anything like this from ever happening again,” Healey said.

Attempts late Wednesday and early Thursday to reach representatives of the Sacklers, Purdue and other attorneys general were unsuccessful.

Purdue’s plan also calls for members of the Sackler family to give up ownership of the Connecticut-based company as part of a sweeping deal it says could be worth $10 billion over time. That includes the value of overdose-reversal drugs the company is planning to produce.

Money from the deal is to go to government entities, which have agreed to use it to address the opioid crisis, along with individual victims and their families.

The broad outlines of the plan are similar to what they were nearly two years ago when Purdue first sought bankruptcy protection.

Most groups representing various creditors, including victims and local governments, had grudgingly supported the plan. But state attorneys general until now were deeply divided, with about half of them supporting the plan and half fighting against it.

The attorneys general who had opposed the plan said they didn’t like the idea of having to rely on profits from the continued sale of prescription painkillers to combat the opioid epidemic. They also said the deal didn’t do enough to hold Sackler family members accountable or to make public documents that could help explain the company’s role in the crisis.

Last month, Massachusetts’ Healey told The Associated Press, “The Sacklers are not offering to pay anything near what they should for the harm and devastation caused to families and communities around this country.”

The support from additional states comes less than two weeks before the deadline to object formally to Purdue’s reorganization plan and about a month before a hearing on whether it should be accepted.

With just nine states and the District of Columbia remaining opposed to the plan, it makes it more likely the federal bankruptcy judge will confirm the deal.

Activists also dislike it, and two Democratic members of Congress have asked the U.S. Department of Justice to oppose it. Reps. Carolyn Maloney of New York and Mark DeSaulnier of California said the deal would wrongly grant protection from civil lawsuits to members of the Sackler family. The Justice Department has not weighed in.

Last year, the company pleaded guilty to federal criminal charges that included conspiracy to defraud the United States and violating anti-kickback laws. Under the deal, the company agreed to pay $225 million to the federal government. Penalties of more than $8 billion were to be waived if the company enters into a bankruptcy settlement that works to fight the opioid crisis.

In a separate civil settlement announced at the same time, Sackler family members agreed to pay the federal government $225 million, while admitting no wrongdoing.

The opioid crisis includes overdoses involving prescription drugs as well as illegal ones such as heroin and fentanyl. Purdue’s bankruptcy case is the highest-profile piece of complicated nationwide litigation against drugmakers, distribution companies and pharmacies.

Trials against other companies in the industry are playing out in California, New York and West Virginia, and negotiations are continuing to settle many of the claims.

Featured Article: What is Forex?

The recent trading activity surrounding low-priced stocks like GameStop (NYSE:GME) is a reminder to investors of the high-risk nature involved with these stocks. Often when a stock trades for under $10 (also termed a penny stock), it is trading that low for a reason. The company may not be profitable, or in the case of GameStop, it finds itself with a business model that no longer fits with consumer trends.

But that’s not always the case. It is possible to find low-priced stocks, even penny stocks, that offer great value. This is particularly true if the stock offers investors a dividend. Dividend-earning stocks are a diversification source for a consumer’s portfolio, particularly if the dividend gets reinvested. It’s literally like paying yourself for owning the stock.

And the stocks in this presentation look ready also to deliver some additional stock price growth that can increase your total return.

View the “7 Low-Priced Dividend Stocks Under $10”.