Residents arrive to cast their votes for the presidential elections at the Bayanzurkh district in Ulaanbaatar, Mongolia Wednesday, June 9, 2021. Mongolians began voting Wednesday for a new president amid COVID-19 restrictions and efforts to revive the economy of the vast landlocked nation of just 3 million people. (AP Photo/ Saruul Enkhbold) 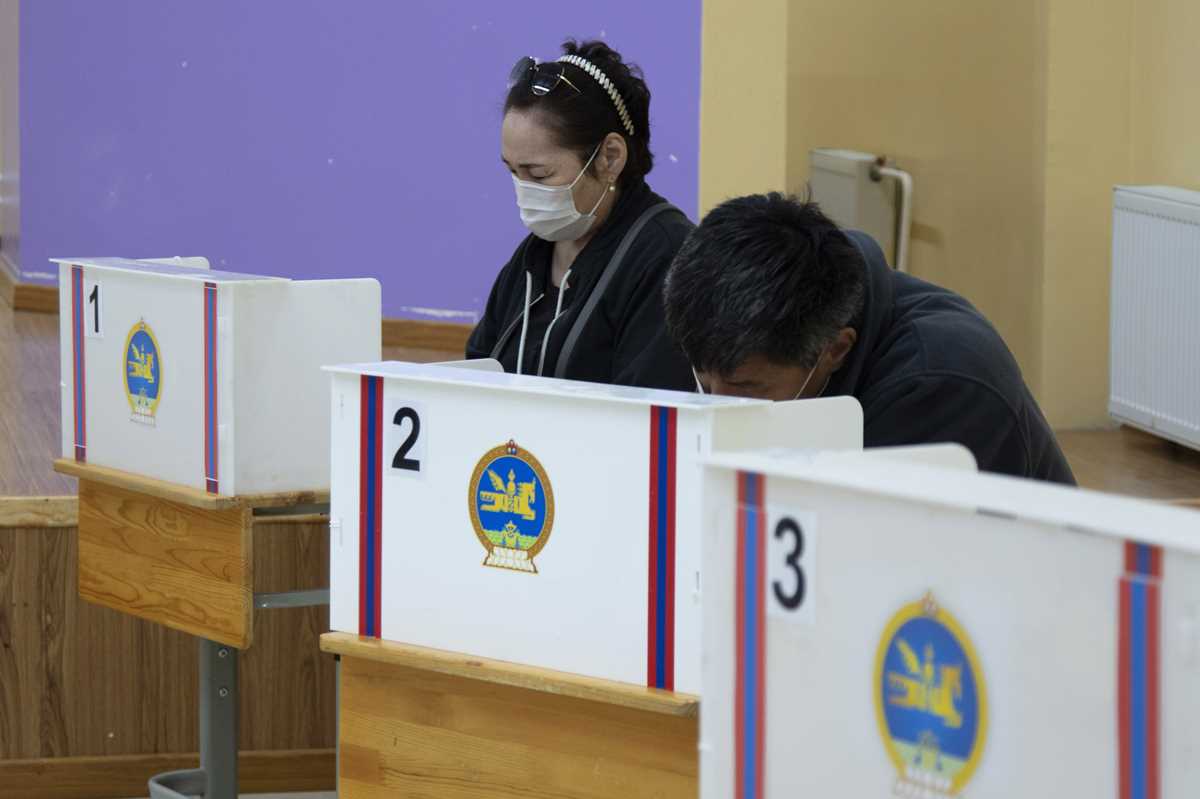 Residents cast their votes for the presidential elections at the Bayanzurkh district in Ulaanbaatar, Mongolia Wednesday, June 9, 2021. Mongolians began voting Wednesday for a new president amid COVID-19 restrictions and efforts to revive the economy of the vast landlocked nation of just 3 million people. (AP Photo/ Saruul Enkhbold) 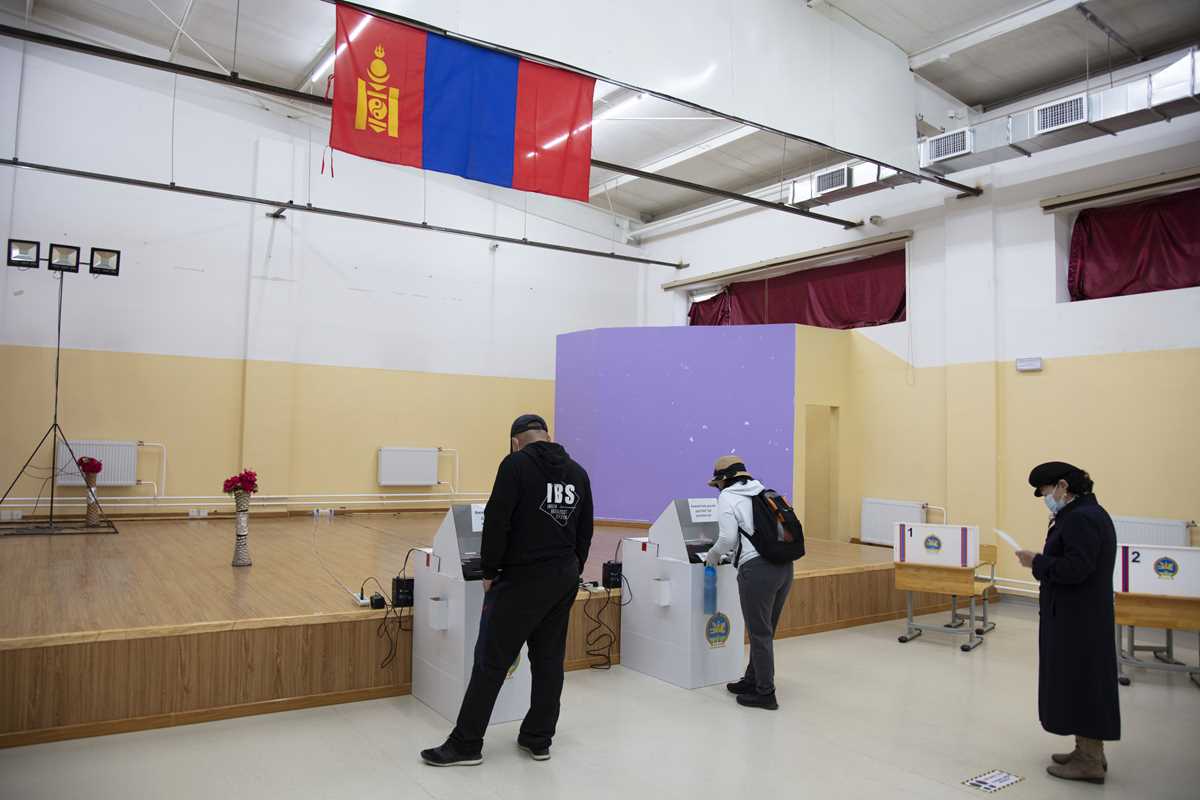 Residents cast their votes for the presidential elections at the Bayanzurkh district in Ulaanbaatar, Mongolia on Wednesday, June 9, 2021. Mongolians began voting Wednesday for a new president amid COVID-19 restrictions and efforts to revive the economy of the vast landlocked nation of just 3 million people. (AP Photo/Saruul Enkhbold)

Wednesday’s election was held amid restrictions aimed at containing the largest surge of COVID-19 cases to hit the vast landlocked nation of just 3 million people.

The virtually certain win for Khurelsukh would cement his Mongolian People’s Party’s control over all three major branches of government — a development the opposition says poses a risk to the country’s democracy.

By midnight, Khurelsukh was leading with 67.9% of the vote, far ahead of former legislator Dangaasuren Enkhbat from the political alliance Right Person Electorate Coalition, who had 20.2%. Enkhbat tested positive for COVID-19 three days before the vote and is hospitalized.

Voter turnout was logged at 52.69%, surpassing the required threshold of 50%.

Mongolia closed its borders when the pandemic first hit, initially sparing it from a major outbreak, but badly crippling the resource-based economy and weakening the currency.

The economy shrunk by 5.3 percent in 2020, its worst contraction since the early 1990s and far from its peak growth rate of 17% in 2013, according to figures from the International Monetary Fund and the Asian Development Bank.

Khurelsukh was set to become Mongolia’s sixth president since its peaceful transition from communism to democracy in 1992. Incumbent Battulga Khaltmaa of the Democratic Party was barred by the constitution from seeking a second term. Battulga served four years but his successor will serve six.

The Mongolian People’s Party also controls the legislature, known as the Great Hural, and the office of the prime minister,

The presidency is a largely ceremonial position, although it includes powers over the military and the right to veto legislation in some cases.

Voters were required to observe social distancing and restrictions on public gatherings severely curtailed campaign events, prompting candidates to shift much of their outreach to voters online. All in-person campaigning had been suspended since Sunday after new local infections hit a record last week of more than 1,000 per day.

That has raised Mongolia’s total number of confirmed coronavirus cases to 69,022, with 324 deaths, prompting the temporary closure of markets and other enterprises in the capital of Ulaanbaatar. Many among the country’s population who traditionally relied on herding have moved to Ulaanbaatar in recent years.

“Due to the pandemic, the Mongolian economy is really struggling, almost falling on its knees,” voter Undarmaa Baasanjav said.

Another voter, Enkhbold Munkhjargal, said unemployment was the country’s most urgent problem.

“I really hope that the new president I chose today will improve Mongolia’s reputation abroad and bring in more foreign investment,“ Munkhjargal said.

Mongolia has tried to maintain its political and economic independence from Soviet-era patron Moscow — which supplies virtually all of its oil — and rising regional power China, which buys more than 90% of Mongolia’s mining exports, mainly coal and copper.

This story has been corrected to show the presidential term served by the incumbent was four years but his successor will serve six.

Featured Article: What is a Special Dividend?

Stellar (XLM) Price Near $0.31; in a Downtrend Over Past 14 Days, Moves Down For the 4th Straight Day, Pin Bar Pattern Appearing on Chart

The UK tech event attended by the rich and famous