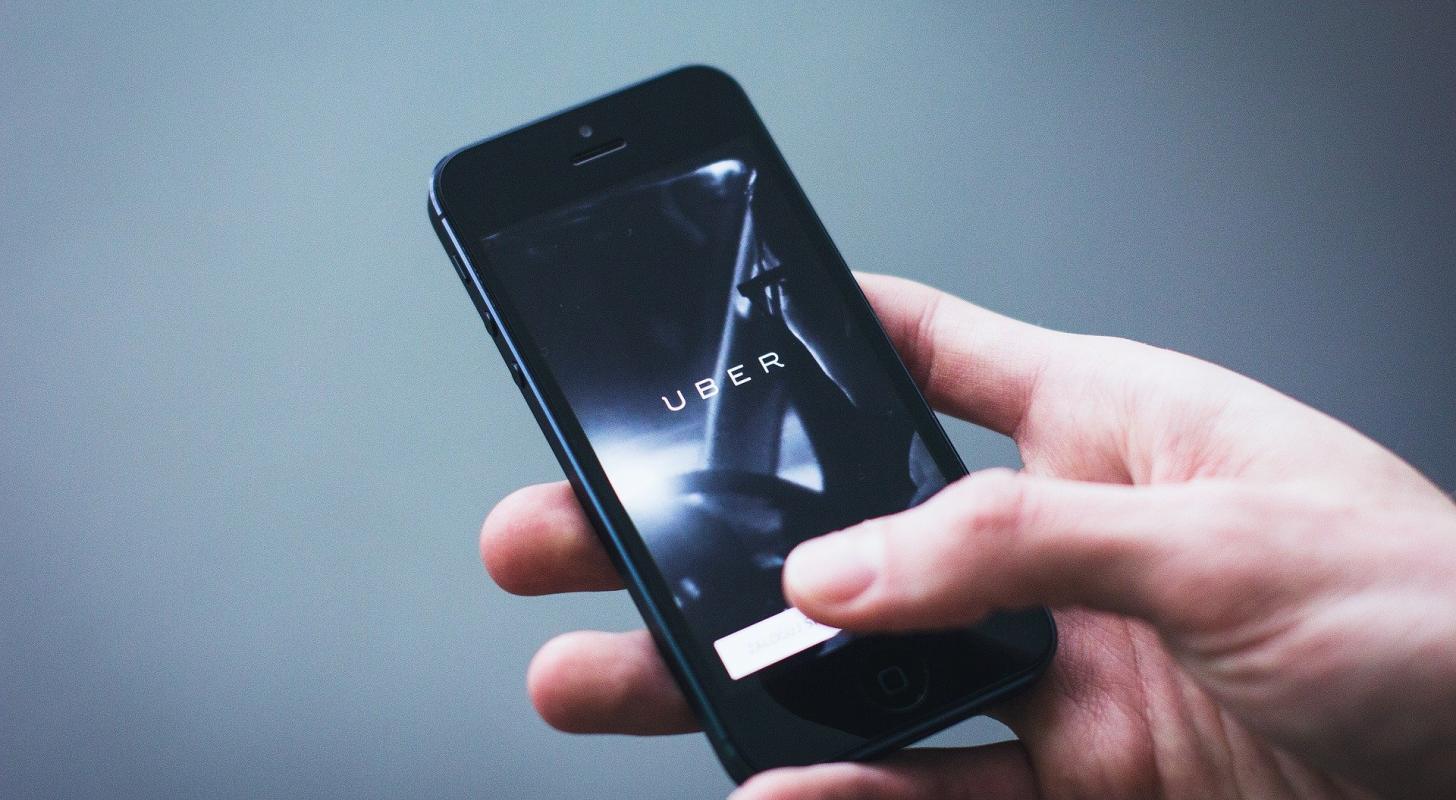 About two weeks ago, thousands of people across the United States took to the streets in protest, hoisting signs with damning statements like “Driving us into poverty” or “32 cents a mile is not enough.” In cities from Los Angeles to Boston, the masses clamored to be heard, tensions flared and the streets seemed suspiciously devoid of ridesharing vehicles.

The protests could be more accurately described as a strike against the ridesharing industry’s titans, Uber (NYSE: UBER) and Lyft (NASDAQ: LYFT). The goal of the protesters, most of whom were Uber and Lyft drivers, was to advocate for the passage of the federal Protecting the Right to Organize Act. It’s just the latest in a series of pushes to secure expanded rights and protections for rideshare drivers and other gig workers.

Reigning In The Giants

“We have seen this growth in this employer strategy of misclassifying their workers as independent contractors in order to evade all of the costs and obligations and liabilities that come with being an employer,” Erin Hatton, a professor in the sociology department at the University of Buffalo, told Modern Shipper.

For a gig economy employer like Uber or Lyft, critics say there’s an incentive to take advantage of the country’s vague labor classification laws, avoiding the provision of costly benefits while maintaining control of their workers. Based on that argument, lawmakers in California passed Assembly Bill 5 in 2019, which codified the so-called ABC test and made it more difficult for the companies to classify their drivers as independent contractors.

“​​Different laws have different rules about what is an employer and what counts as an employee under the law. And so it just kind of has become this rather anachronistic and unnecessarily complex system,” Hatton explained. “I think what AB-5 tried to do was to create a more streamlined, commonsense definition of employment.”

As it would turn out, though, AB-5 didn’t have much staying power. Just a year later, in November 2020, the now-controversial Proposition 22 passed in California with nearly 59% of the vote. The ballot measure was the most expensive in California’s history, backed by over $200 million in funding from Uber, Lyft, Instacart and Postmates.

“If Prop 22 hadn’t passed, drivers would be eventually declared traditional employees, and that would have been a massive change to the industry,” Steve King, a partner at Emergent Research studying the independent workforce, told Modern Shipper. “What it basically did was keep the landscape that was in place prior to AB-5. In many ways, it didn’t have a big, direct impact — it kept a big change from happening.”

Prop 22 exempted rideshare employers from classifying their workers as employees, effectively exempting them from AB-5. The companies successfully argued that complying with AB-5 would jack up fares, and that most of their drivers were part time and wanted the flexibility that comes with independent contractor status.

“It obviously kind of legalized this strategy, at least in California,” said Hatton.

But Prop 22’s impact hasn’t been limited to the Golden State.

While plans to adopt laws similar to AB-5 were on the table in other states before Prop 22 passed, many state lawmakers worried about the potential backlash and scrapped them. That’s led to some stagnation in the fight for gig worker protections.

“Because Prop 22 won — and it didn’t just win, it won big and got 59% of the votes in a decidedly blue state — that kind of scared these other legislators. … You don’t really want to sponsor a bill that then has a proposition by the voters crush it,” said King.

A Class Of Their Own

However, the fight isn’t over. In recent weeks, Massachusetts has emerged as something of a battleground for gig worker protections, with advocates hoping to pass H.1234, a bill that would essentially create a third classification lying somewhere between employee and independent contractor. The bill would create portable benefits account specifically for rideshare drivers. Rideshare companies would match up to 4% in contributions to the fund, which could then be used for benefits like health insurance or paid leave. In countries like the U.K., Germany, and Canada, a similar classification exists, called “dependent contractor” status.

According to King, around 16 million of the country’s some 40 million gig workers work their gig jobs full time, while the remaining 24 million are either part-time or occasional gig workers. H.1234 attempts to balance their conflicting preferences; among full-time workers, a slight majority say they’d prefer to be classed as employees, while part-timers strongly prefer independent contractor status.

“The big debate out there does independent drivers in particular value flexibility, or do they want to have the benefits and structure of a traditional job?” asked King.

H.1234 attempts to give rideshare drivers both. Interestingly, Uber, Lyft, and other ridesharing companies have backed H.1234, alongside social justice groups like Elevate Boston and business groups like the Associated Industries of Massachusetts.

“Eighty-three percent of app-based drivers in Massachusetts have made clear that they want expanded benefits and protections — while maintaining the right to remain independent and earn on their own terms,” Conor Yunits, a spokesperson for the Massachusetts Coalition for Independent Work (MCIW), told Modern Shipper. “Our coalition members and partners represent a variety of industries and different perspectives, but all are committed to a legislative solution for drivers that expands opportunity, strengthens equity, helps the economy and benefits communities across the commonwealth.”

The Coalition to Protect Workers’ Rights, which is combating the MCIW’s efforts, did not respond to a request for comment.

Yunits and the MCIW say they’re optimistic that H.1234 will reach the state legislature by next July or as early as this January. However, getting the backing of legislators may not come easy.

“If a proposition goes in Massachusetts, it’ll be interesting to see if it’s kind of a similar situation in a labor-friendly blue state,” King said. “But consumers really like Uber and Lyft, or at least they did before the pandemic. And it’s easy to argue, as the companies did, that a majority of the drivers prefer to be independent contractors.”

The Road Ahead For Rideshare

While King remains skeptical of the bill’s feasibility in the state legislature, he says he would still support the aims of H.1234. He and others in his field have been cautious when it comes to creating a third classification for workers, as it could lead to a host of lawsuits and legal wrangling. But at this point, he doesn’t see any other way. Hatton disagrees.

“I’m pretty skeptical of that as a solution,” she opined. “I mean, I understand that companies are seeking to do that. They’re trying to kind of have their cake and eat it too: retain all the control while … trying to limit their costs and liabilities as employers.”

For Hatton, half measures don’t cut it. In her view, gig workers deserve the flexibility of independent work, along with the same protections and benefits as full-time employees. She believes a better solution would be to separate benefits like health care and child care from employment status entirely.

“We’ve tied all of these benefits and protections to employment status. But we could take a couple of different paths,” she explains. “Say if we agree as a country, as a culture, that everyone deserves rights and protections — then we could decouple those from employment status and free up a whole lot of people and a whole lot of companies to do the type of work they want.”

Both Hatton and King acknowledge the difficult legal hurdles that a third worker classification would face. But while King would be willing to try out something akin to the dependent contractor status seen in the U.K., Germany, and Canada, Hatton advocates for a more systemic change.

While passage of a bill like Massachusetts’ H.1234 may be slow-going, strikes like the one two weeks ago can put some pressure on employers and lawmakers – and Uber and Lyft are already taking notice.

The 5 most fascinating drone deliveries of 2021 (so far)

Could Walmart become the next tech giant?

Image by freestocks-photos from Pixabay