Home - Business - J&J vaccine doses to be released, but many will be tossed

J&J vaccine doses to be released, but many will be tossed

In this May 19, 2021 file photo, Robert Kramer, President and Chief Executive Officer of Emergent BioSolutions, speaks via videoconference during a House Select Subcommittee on the Coronavirus Crisis hearing on Capitol Hill in Washington. U.S. regulators are allowing for the release of 10 million doses of Johnson & Johnson’s COVID-19 vaccine from a troubled Baltimore factory, but material to make many more must be thrown out because of possible contamination, a person familiar with the decision told The Associated Press on Friday, June 11. (Stefani Reynolds/The New York Times via AP, Pool, File) 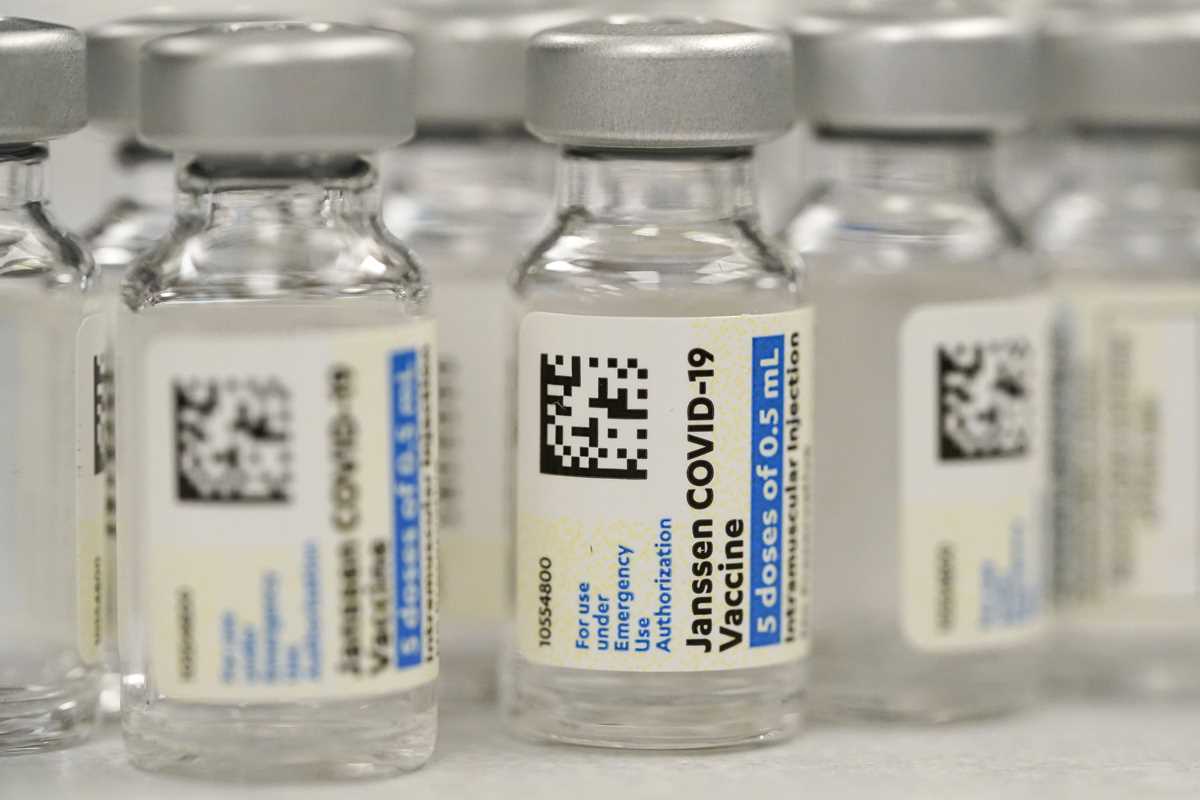 U.S. regulators are allowing the release of 10 million doses of Johnson & Johnson’s COVID-19 vaccine from a troubled Baltimore factory, but many other doses can’t be used and must be thrown out.

The Food and Drug Administration announced Friday that it had determined that two batches from the plant, which is owned by Emergent BioSolutions and has been shuttered for weeks, could be released. But it said several other batches are not suitable for use and additional batches are still under review.

The agency wouldn’t specify why those batches can’t be used, but a person familiar with the decision told The Associated Press that it was due to possible contamination. The person wasn’t authorized to release details about the decision and spoke to the AP on condition of anonymity.

The FDA’s decision means that the two batches from the factory, known as Bayview, can be used in the U.S. or exported to other countries. They are the first J&J vaccines from Bayview approved for use.

The agency said the vaccines are “critically needed,” given the current public health emergency. It also said it made the decisions after reviewing records and the results of the manufacturer’s quality testing.

“This review has been taking place while Emergent BioSolutions prepares to resume manufacturing operations with corrective actions to ensure compliance with the FDA’s” manufacturing requirements, Dr. Peter Marks, director of the FDA’s Center for Biologics Evaluation and Research, said in a statement.

The FDA, however, stopped short of allowing the plant to restart vaccine production. The agency said it was working through issues there with J&J and Emergent BioSolutions management.

Emergent is one of several J&J contractors that produce its one-shot vaccine in bulk. The concentrated vaccine then is shipped to other factories for final steps, including diluting them to the correct strength, putting them in vials and packaging them up.

This top analyst wants to share 3 things you need to know about this breakthrough.

Roughly 100 million doses made from bulk vaccine produced at Emergent’s factory, including those just approved for use, had been set aside for additional review by FDA staff after factory employees accidentally contaminated an earlier batch.

That contamination led the FDA to shut down the factory in mid-April and send in a team of inspectors. They spent a week going through the factory and reviewing security camera footage that showed employees carelessly handling vaccine materials. The inspectors reported unsanitary conditions, poorly trained employees and other problems.

The lapses have hampered J&J’s efforts to be a major player in vaccinating people, particularly in remote areas and poor countries, given that it’s the only drugmaker with an authorized vaccine that only requires one dose and standard refrigeration. It’s also cheaper than some other vaccines.

The productions problems have forced J&J to import millions of doses from its factory in the Netherlands to the U.S. and to miss supply commitments.

Emergent’s factory had a history of FDA citations for problems including mold, dirty walls and floors, poorly trained employees and an inadequate strategy to prevent contamination, yet it was given a huge role in COVID-19 vaccine production by the Trump administration. Emergent was handed a lucrative contract to make many millions of COVID-19 vaccines for both J&J and AstraZeneca at the Bayview factory.

Emergent’s chief executive has blamed the contamination and other problems on the complexity of scaling up the factory in just months to make two different vaccines.

The Biden administration is working to find a different American manufacturing partner for the British drugmaker, which has yet to request authorization to distribute it in the U.S.

The Associated Press Health and Science Department receives support from the Howard Hughes Medical Institute’s Department of Science Education. The AP is solely responsible for all content.

Featured Article: Should You Consider an Index Fund?

7 Lithium Stocks That Will Power the Electric Vehicle Boom

Demand for lithium is set to increase exponentially in the next few years. In fact, according to Statista, demand for lithium may very well double to 820,000 tons in that time. Some of that demand will come from companies that are manufacturing the batteries that we use every day. For example, lithium is an essential component of the batteries that power our mobile devices.

But the real growth will come as the United States goes all-in on electric vehicles (EVs). The Biden administration recently announced plans to have the U.S. government’s fleet of over 600,000 vehicles converted to EVs.

And as you’re aware, EV stocks are in a bubble of some sort at the moment. Some of that is due to the increasing number of companies that went public last year. However, as investors are beginning to realize, not all of these companies will be the next Tesla. In fact, some of these companies may never be successful at bringing an EV to market, at least not at the scale that will be required.

The ones that do make it will need lithium and lots of it. To help you sift through the best lithium stocks to buy, we’ve put together this special presentation.

View the “7 Lithium Stocks That Will Power the Electric Vehicle Boom”.

Dow Jones (INDU) Heads Down For the 4th Straight Day; in a Downtrend Over Past 14 Days