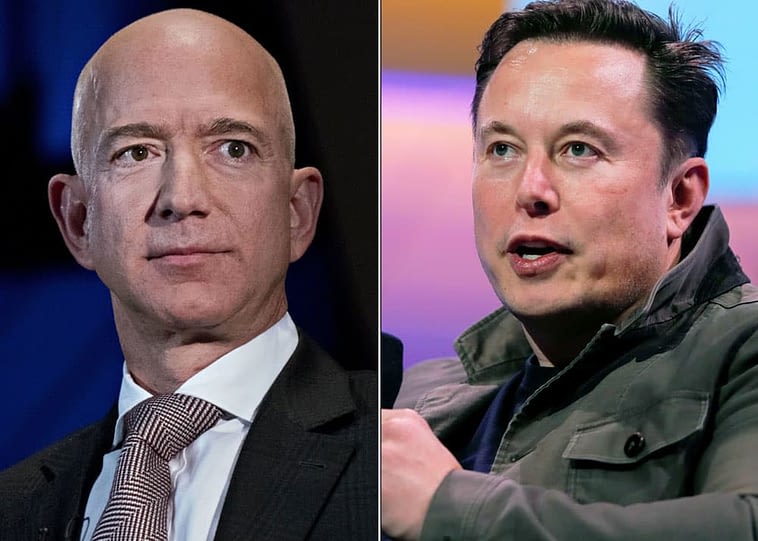 Elon Musk fired his latest shot across the bow at Jeff Bezos on Wednesday, as the two billionaire founders’ companies spar in front of federal regulators over satellite internet.

“Filing legal actions against SpaceX is *actually* his full-time job,” Musk wrote in a tweet.

Amazon did not immediately respond to CNBC’s request for comment.

SpaceX on Aug. 19 filed a Starlink amendment with the FCC, outlining its plan for the Gen2 version of its satellite network.

Starlink is the company’s capital-intensive project to build an interconnected internet network with thousands of satellites, known in the space industry as a constellation, designed to deliver high-speed internet to consumers anywhere on the planet. While the Starlink service is still in beta, the company has over 100,000 users in 14 countries so far, with over half a million orders or refundable deposits placed by potential customers.

SpaceX has launched 1,740 Starlink satellites to date, and Gen2 is planned to have nearly 30,000 satellites in total.

Amazon has been working on its own satellite internet called Project Kuiper. It plans to launch 3,236 internet satellites into low Earth orbit — a system that would compete with Starlink. While Amazon in December passed a critical early hardware milestone for the antennas it needs to connect to the network, it has yet to begin producing or launching its satellites.

“By leaving nearly every major detail unsettled — such as altitude, inclination, and even the
total number of satellites — SpaceX’s application fails every test,” Amazon’s Kuiper corporate counsel Mariah Dodson Shuman wrote on Aug. 25.

“The Commission should recognize this delay tactic for what it is — a continuation of efforts by the Amazon family of companies to hinder competitors to compensate for Amazon’s failure to make progress of its own,” Goldman wrote.

Goldman also highlighted that Amazon has not updated the FCC in “nearly 400 days” on Kuiper’s approach to interference and orbital debris, the company “took only 4 days to object to” the SpaceX Gen2 amendment.

“While Amazon has waited 15 months to explain how its system works, it has lodged objections to SpaceX on average about every 16 days this year,” Goldman added.

Musk has publicly criticized Bezos’ companies multiple times in the past year, previously accusing Amazon of trying to “hamstring Starlink” and saying space company Blue Origin “should consider spending some money on actual lunar lander hardware,” instead of suing NASA and hiring consultants.