Home - Business - France is back: Borders reopen to American tourists, others

France is back: Borders reopen to American tourists, others

People enjoy a meal in a restaurant during the nationwide reopening of the restaurants interior, in Lille, northern France, Wednesday, June 9, 2021. (AP Photo/Michel Spingler) 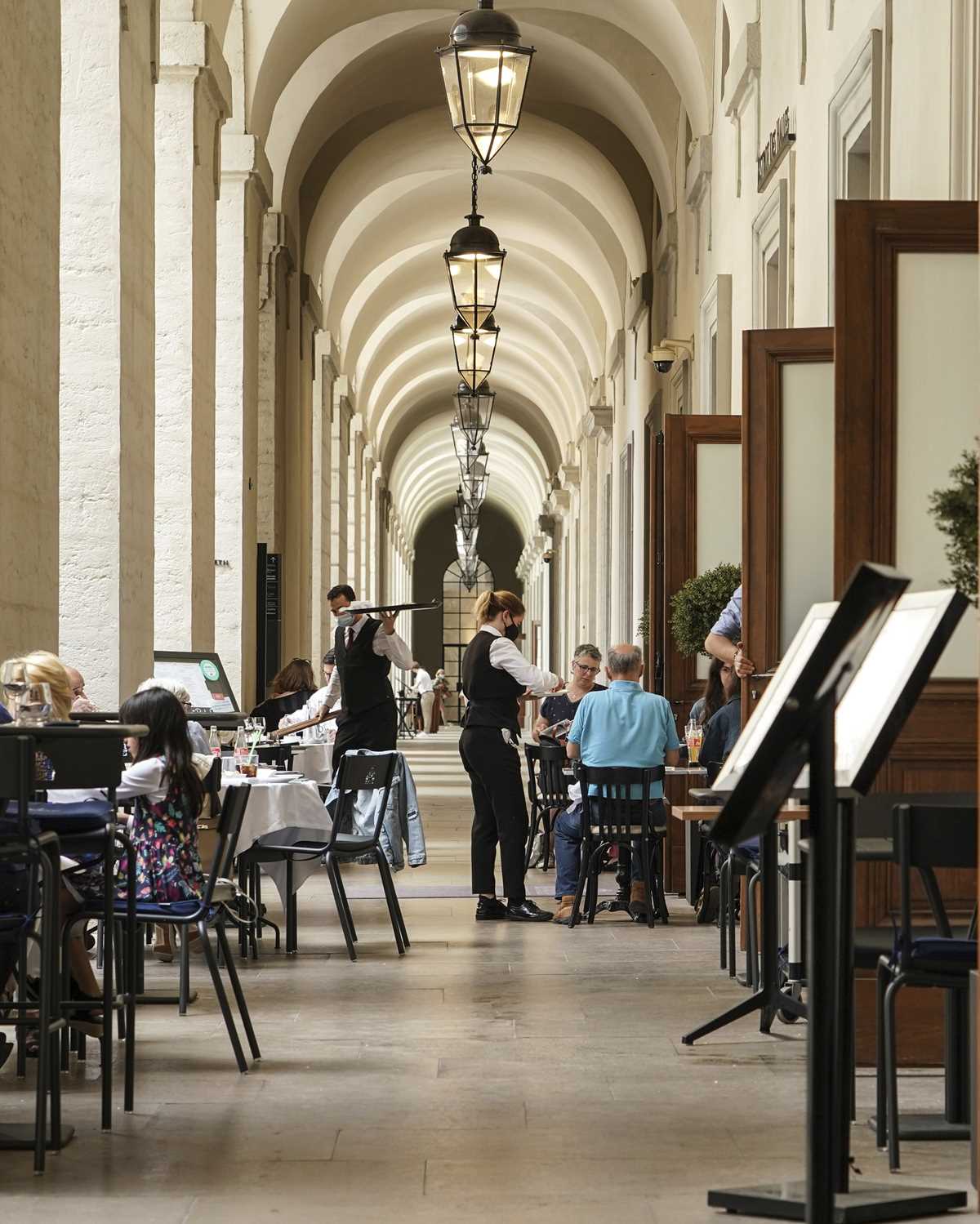 Inside Le Jaures restaurant a day prior the nationwide reopening of the restaurants interior, in Paris, France, Tuesday, June 8, 2021. (AP Photo/Lewis Joly) 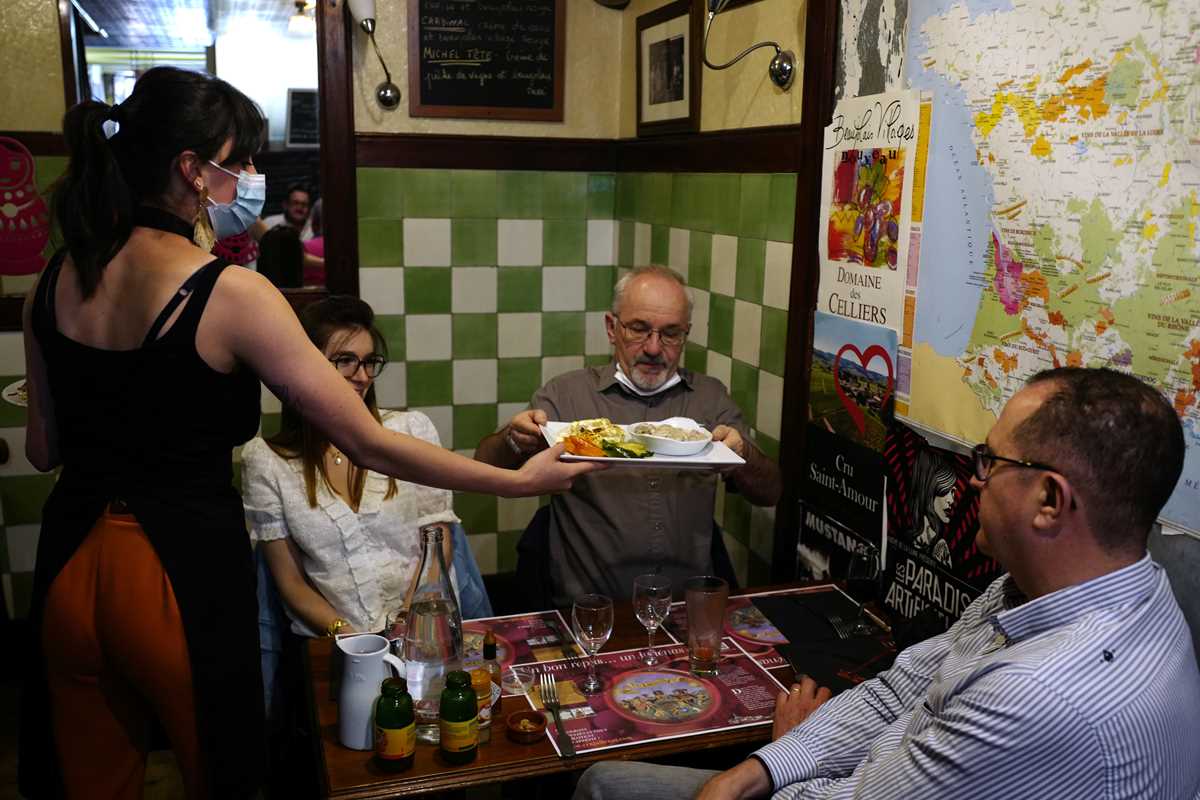 People enjoy a drink in a restaurant during the nationwide reopening of restaurants, in Lille, northern France, Wednesday, June 9, 2021. (AP Photo/Michel Spingler)

PARIS (AP) — After “a very bad year,” Paris tour operator Marc Vernhet sees a ray of light with the promised return of tourists from the United States and elsewhere who are welcome in France as of Wednesday if they have been vaccinated against the coronavirus.

His agency, 2CVParisTour.com, is starting to get bookings again from Americans for its sightseeing tours conducted in quirky, bug-eyed Citroen cars. June is still very lean, but July is looking better, Vernhet said as France took the first steps toward rebuilding its position as a top destination for foreign tourists.

Before the pandemic, Vernhet ran three or four tours of the capital per day. The work dried up when France locked down, and he’s only doing around three tours per week now, nearly exclusively for French visitors. Vernhet hailed the reopening of France’s borders for vaccinated tourists as “excellent news” but said it is going to take a few more weeks for business to pick up and that “I’m not expecting to work correctly before mid-July.”

“We’ve been waiting for this for months and months,” he said.

To be allowed in for tourism, Americans and other visitors from most countries outside of Europe will need to show that they have been fully inoculated against the coronavirus with vaccines approved by the European Union’s medicines agency.

France’s acceptance of only the Pfizer, Moderna, AstraZeneca and Johnson & Johnson (Janssen) vaccines means tourism isn’t immediately coming back from the lucrative markets of China and Russia, which use vaccines not approved by the European Medicines Agency.

Without one of the those four vaccines, non-EU visitors will still need to prove that they have a compelling reason to visit France and must quarantine on arrival.

And for 16 countries deemed high-risk, because they are battling coronavirus surges and worrisome variants, France remains off-limits as a tourist destination, even for would-be travelers who are vaccinated.

That’s precisely what happens when an exploration dream-team plants its flag on Canada’s richest copper discovery in years. Well-timed investors still have an opportunity to get in below US$0.50 per share as copper blasts through 10-year highs.

Would-be tourists from so-called “orange” countries — which includes most of the rest of the world outside Europe, including the United States and Britain — still need a recent negative PCR or antigen test as well as proof of vaccination.

If unvaccinated, or inoculated with jabs not approved in Europe, would-be visitors from orange countries outside the continent are not allowed to come into France. They would need to show they have a compelling professional or other reason to visit, and sightseeing isn’t one of them.

Featured Article: Bear Market – How and Why They Occur

7 Things You Need To Know About Cryptocurrency

The Cryptocurrency Market Is About To Boil Over

The cryptocurrency was quiet for years, but it’s starting to boil over once again. With the price of Bitcoin up 550%, it certainly seems like the sky is the limit.

Whether or not you choose to trade Bitcoin or any other cryptocurrency, it is important to understand what it is and the trends driving it.

The bottom line, however, is that the world’s money is flowing onto the blockchain, and the use of cryptocurrency is growing at an exponential rate.

View the “7 Things You Need To Know About Cryptocurrency”.

High Tide Stock Could See A Breakout In The Coming Weeks: Here’s Why