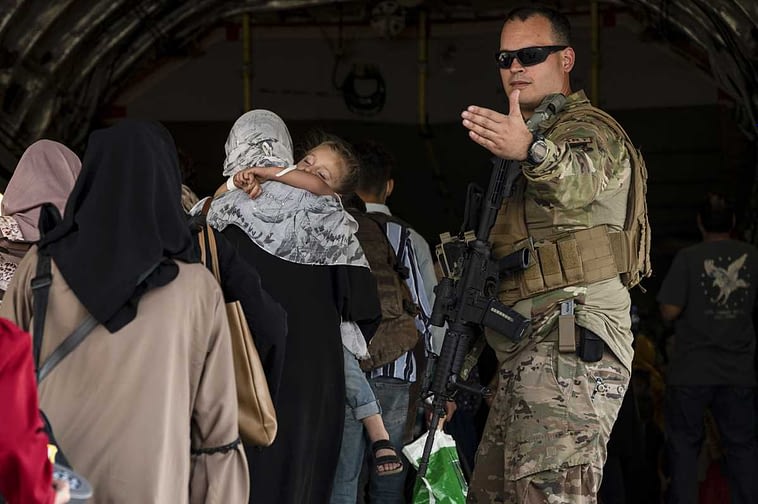 The channel averaged just under 3 million viewers. Fox News Channel outpaced both its cable news competition and the broadcast networks that typically jockey for the top spot.

The channel, which is popular with conservative-leaning viewers, surged following the Taliban’s sudden conquest of Afghanistan this month and as the Biden administration directed the chaotic removal of U.S. citizens and Afghans at risk after the nearly 20-year war’s end.

The last time the channel claimed the No. 1 spot was in September 2020, when “Fox News Sunday” anchor Chris Wallace moderated the debate between then-President Donald Trump and his ultimately successful challenger Joe Biden.

MSNBC, which tends to attract liberal-leaning viewers, saw a slight ratings dip from the previous week, averaging just under 1.2 million viewers compared to 1.29 million. CNN rose 20.6%, averaging 943,00 viewers vs. the prior week’s 782,000.

Fox News Channel, which averaged 2.94 million viewers, was followed by broadcaster ABC with 2.39 million. Among other networks, CBS had 2.57 million, NBC had 2.53 million, Fox had 1.38 million, Univision had 1.28 million, Ion Television had 1.12 million and Telemundo had 1.04 million.

Other top cable performers included HGTV with 1.11 million and TLC with 1.04 million.

For the week of Aug. 16-22, the 20 most-watched programs, their networks and viewerships:

This Miner Stands to Benefit.

7 Semiconductor Stocks Set to Gain From the Chip Shortage

Who knew that something so tiny could create such a big problem? However, that’s the case with the semiconductor industry. Chip manufacturers are facing supply chain disruptions due to the Covid-19 pandemic.

Semiconductors are in high demand for the big tech companies who need the chips to power the servers for their data centers. But they are also needed for much of the technology we take for granted including laptops, tablets, mobile phones, gaming consoles, and automobiles – a sector that seems to be at the root of the current crisis.

However as it turns out, some manufacturers may have overestimated how soon consumers would be ready for an “all-electric” future. And that meant that they didn’t forecast how much demand there would be for the kind of chips needed to do the mundane, but vital tasks of steering, braking, and even powering windows up and down.

Part of the problem is that U.S. businesses are heavily reliant on countries like China and Taiwan for their semiconductors. In fact, only about 12.5% of semiconductor manufacturing is done in the United States.

Of course, this creates a tremendous opportunity for the companies that manufacture these chips. And it comes at a good time. The semiconductor sector is notoriously cyclical and was coming down from the elevated demand for the 5G buildout.

In this special presentation, we’ll give you a list of seven semiconductor companies that you can invest in to take advantage of this opportunity.

View the “7 Semiconductor Stocks Set to Gain From the Chip Shortage”.