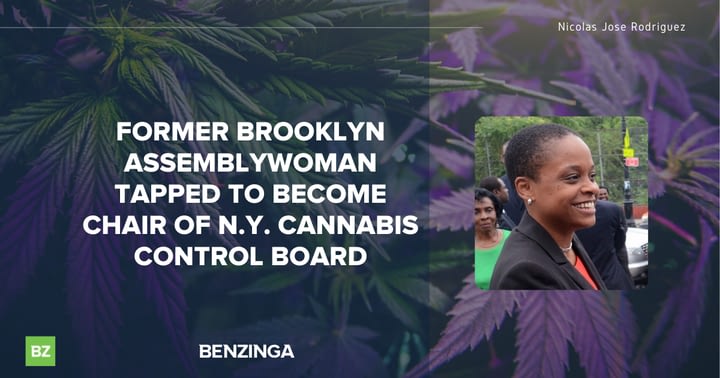 Wright is set to be confirmed as chair of the Cannabis Control Board and the Office of Cannabis Management, reported NY Daily News. She is currently the Director of the Office of Financial Inclusion and Empowerment in the NYS Department of Financial Services.

No Reasons For Delays

In August, Kathy Hochul stepped into the New York governorship in a leadership change that could give the stalled marijuana program a significant push.

“Nominating and confirming individuals with diverse experiences and subject matter expertise, who are representative of communities from across the state, to the Cannabis Control Board is a priority for Gov. Hochul,” the new governor’s spokesman, Jordan Bennett, told The New York Post last week.

Making Up For Lost Time

Tuesday night, Governor Hochul said that there was no reason for delaying the appointment of the executive director and the chairperson of the Control Board.

“I’m going to make up for that lost time,” she added.

Chris Alexander, policy manager of Canada-based cannabis company Vill LLC, is to be appointed as the executive director of the agencies alongside Wright. Alexander, who holds a JD from the City University of New York (CUNY), worked as Associate Counsel in Albany until last year, and before that, as Policy Coordinator for the Drug Policy Alliance.

In response to New York Governor Kathy Hochul announcing the nominations of Alexander and Wright, Kassandra Frederique, executive director of the Drug Policy Alliance, released a statement that highlighted the “crucial role of local communities in governing the new

market,” which “has not been the case in other states that have legalized cannabis.”

Frederique added: “Governor Hochul is sending a strong signal that the landmark racial and economic justice provisions we fought so hard for in the Marijuana Regulation and Taxation Act will be taken seriously and implemented accordingly.

“We look forward to the next steps of fully establishing the Office of Cannabis Management and rapidly working to implement New York’s adult-use program to fulfill its promise of being a national model for legalization with equity, reinvestment, and justice at its core,” Frederique concluded.