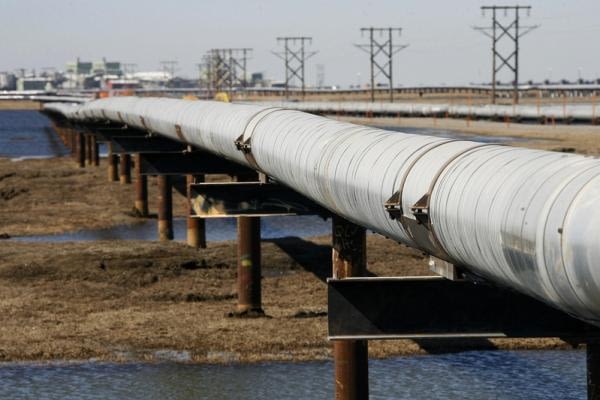 Damaged roads, power and transport facilities slowed efforts to complete aerial surveys of offshore facilities three days after the storm tore through the U.S. Gulf of Mexico. The surveys are first step to returning crews for more extensive safety and equipment checks.

“The area is completely devastated,” said Tony Odak, chief operating officer of Stone Oil Distributor, a top supplier of fuel to the offshore industry. “You have infrastructure that needs to be rebuilt.”

Royal Dutch Shell (LON:) said a heliport in Houma, Louisiana, suffered significant damage and it was working to establish a new facility before returning workers to production sites.

Some 1.4 million barrels of offshore oil and 1.88 billion cubic feet of production remained offline, the offshore regulator said. The shut-ins amount to 80% of the offshore Gulf of Mexico’s daily production.

Stone Oil has yet to be able to assess the damage to its Port Fourchon facilities due to debris filled and water-damaged roads. It will shift more of its operations to a facility in Cameron, Louisiana, Odak said, but is committed to rebuilding in Port Fourchon.

Oil producers on Wednesday had returned staff to only 39 of 288 platforms operated by BP (NYSE:) Plc, BHP Group (NYSE:), Chevron Corp (NYSE:) and Shell. Offshore facilities in the region contribute 16% of U.S. production.

The main road to Port Fourchon was not passable on Tuesday and officials limited access to emergency vehicles. Several companies are looking to shift offshore support operations because of infrastructure damage.

Mfon Usoro, a senior energy analyst at Wood Mackenzie, estimated it would take two or more weeks to fully restore operations offshore because of the supply center losses. Port Fourchon “unfortunately took a direct hit on Sunday,” she said.

Ida’s economic cost could hit $70 billion to $80 billion, estimated AccuWeather, with much of the losses stemming from the oil industry and supply chain delays.

Some 1.7 million barrels of daily oil processing is offline at seven Louisiana refineries, the U.S. Department of Energy said. Consultancy Rystad Energy forecast losses will continue for seven to 14 days, depending on flood damage.

Power outages in some areas may persist for up to six weeks. Full recovery of processing capacity will depend on how quickly outside power is restored, with some plants taking four weeks to recover.

prices were mostly flat at mid-day after falling more than $1 per barrel earlier on a buildup in U.S. gasoline inventories and expectations that storm-cutbacks at refineries would reduce demand.

Due to port delays, more than two dozen oil vessels moored off Louisiana were waiting to load or unload, with the largest bottlenecks near Baton Rouge and Lake Charles.

Energy pipelines that supply export ports and processing plants were knocked out. Kinder Morgan (NYSE:) said it had not been able to access many of its terminals in Louisiana due to flooding and road closures. Poseidon Oil Pipeline, which brings oil from offshore platforms to Houma, said on Wednesday it could not answer questions about its operations.