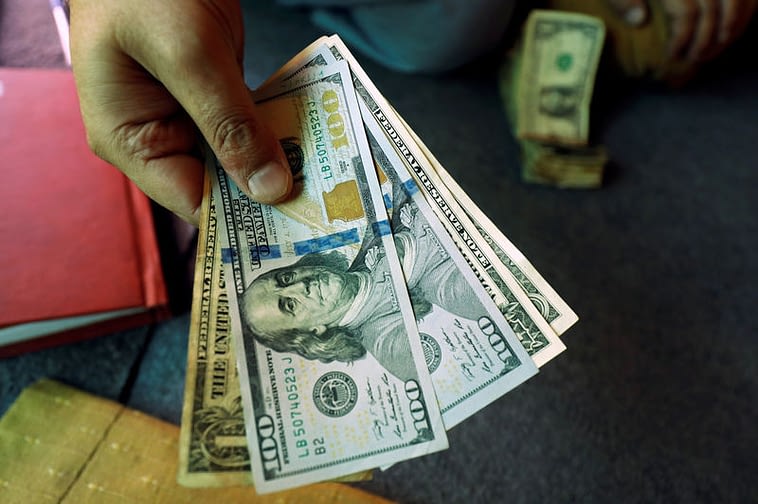 biedexmarkets.com – The dollar is on course for weekly loss Friday, pressured by a sharp decline in yields, but bets on the greenback have swelled to more than five-month highs as investors believe that the Federal Reserve is on course to rein in loose monetary policy measures by year-end.

The , which measures the greenback against a trade-weighted basket of six major currencies, fell by 0.57% to 92.51.

The value of the net long dollar position rose to $3.08 billion in the week ended Aug. 10, from $2.11 billion the prior week, according to data from CFTC and Reuters. That was the highest level since early March.

The data came just as fresh worries emerge about the threat that surges in cases pose to the economic recovery.

The University of Michigan index slumped to a reading of 70.2 in the preliminary August survey from 81.2 in July, the weakest reading since December 2011.

“The most jarring and unexpected manifestation of the Delta variant was the collapse in the University of Michigan consumer sentiment,” Jefferies (NYSE:) said.

The dollar retreated, paced by a drop in Treasury yields, with investors seemingly worried that surging Covid-19 threaten to slow the recovery.

“It’s hard to believe that we’re at it again, but Covid is back in full force and once again threatens to derail economic activity,” Jefferies said in a note.

But fresh worries about Covid-19 weren’t enough to knock the Federal Reserve off the tapering, with some on Wall Street expecting the U.S. central bank to trim its $120 billion monthly purchases by year-end.

“Rising concerns over the Delta variant and increased angst around inflation are not enough to slow the Fed’s march toward tapering, where Fedspeak ramped up this week regarding the timing of an announcement,” Morgan Stanley (NYSE:) said. “Indications of continued labor market progress in our MSBCI, updated forecasts, and nascent signs of cooling inflation we think keep the FOMC on track to announce the taper at its December meeting.”

With next week set to bring the further commentary from Federal Reserve Chair Jerome Powell, and the minutes of the Fed’s July meeting, investors appear to be betting on further clues from the central bank on tapering.