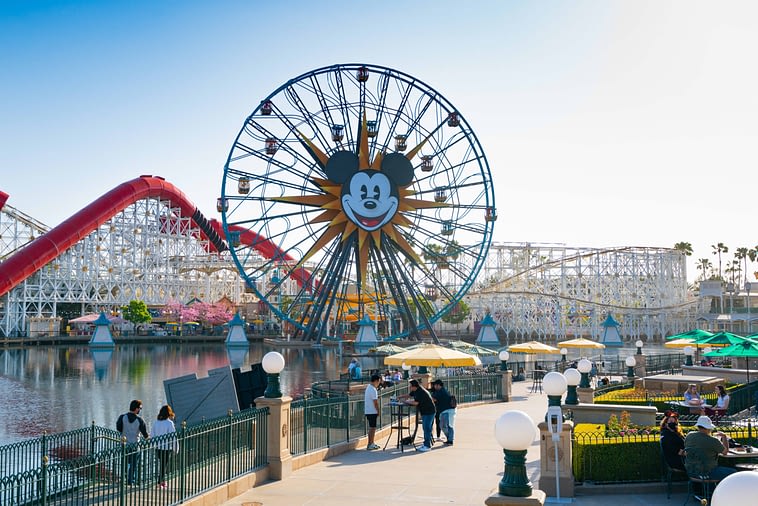 General views of the Mickey Mouse Ferris Wheel at Disney California Adventure Park at the Disneyland Resort, which has reopened for outdoor dining and shopping on April 11, 2021 in Anaheim, California.

Check out the companies making headlines in midday trading.

Airbnb — Shares of Airbnb fell about 1% after the vacation rental company said it expects volatility ahead due to the Covid delta variant. Airbnb reported revenue of $1.34 billion in the second quarter, up nearly 300% from the year prior. Wall Street expected revenue of $1.26 billion, according to Refinitiv.

23andMe — Shares of 23andMe fell more than 5% after the genetic research company reported revenue of $59 million in its first quarter as a public company. The quarterly revenue is 23% higher than a year prior.

SoFi — The fintech company’s shares fell over 13% in midday trading after it released quarterly results Thursday. SoFi recorded a loss of 48 cents per share for the second quarter, greater than analysts’ forecasts of a 6 cents per share loss. It also beat revenue estimates, however, and reported membership more than doubled from the previous year.

eBay — The e-commerce stock rose about 5.5%, extending its rise since Wednesday’s earnings beat. Argus Research reiterated its buy rating on the stock on Friday, saying in a note to clients that the stock looks attractively priced even as it faces tough comparisons in the upcoming quarter.