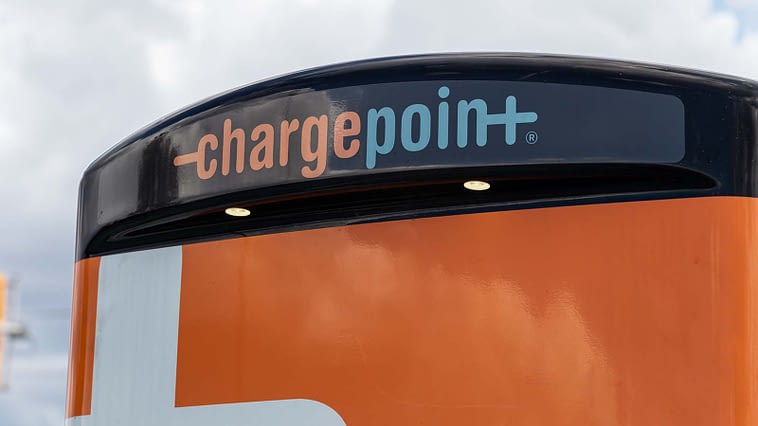 ChargePoint (NYSE:CHPT) stock has been making headlines after it became publicly traded in March following its merger with a special purpose acquisition company (SPAC).

Sometimes while investing you need patience, as shown by my pre-merger article last January when I wrote that the SPAC could easily crumble. Back then the stock was going for $42.51 a share. Recently, CHPT stock has been trading around $21. The selloff placed CHPT stock where many investors may think it is a bargain.

To me, it is far beyond that. Who says a cheap stock price cannot become cheaper?

My pre-merger argument in January was:

“The company claims it is the world’s largest network of electric vehicle (EV) charging stations in North America and Europe. But is this enough to send the SBE stock to a meteoric rise for building an electric vehicle infrastructure? To me, this valuation is not justified.”

I recommended avoiding SBE stock. History at least now proves that I was correct. And by no means do I brag about this or make any false promises whatsoever about predicting stock prices. I cannot.

This selloff for CHPT stock was inevitable. It was a SPAC irrational exuberance that came to its end. Now that Chargepoint is a publicly traded, what should you know about this company seeking to make the electrification of mobility easier and more feasible?

CHPT Stock May Benefit From Politics

News that the Senate passed both a bipartisan infrastructure bill and a budget resolution that paves the way for Democrats’ $3.5 trillion spending package is positive for Chargepoint. The infrastructure bill proposes $7.5 billion for electric vehicle charging stations. There will be a focus on “routes that connect rural and disadvantaged communities.”

Good news: It’s the first-ever investment in EV chargers by the federal government.

Bad news: It’s about half of what President Joe Biden wanted to build a robust EV charging network.

I guess it is never easy for politicians to find the optimal solutions for boosting the economy. But there could be even more spending as Democrats consider the $3.5 trillion spending package.

Are Earnings Enough to Cause Excitement?

For revenue, it was reported that, “For the first quarter, revenue was $40.5 million, an increase of 24% from $32.8 million in last year’s first quarter.”

The non-GAAP earnings reported are important because they exclude one-time transactions that may distort the true financial performance of the main business operations. And we see that this net income was due to one-time events, not from main operations.

So, I would like to see progress in the next quarters about profitability from core operating activities.

A secondary offering of an additional 12 million shares priced at $23.50 each seems to be another reason for the CHPT stock moving lower. This reflects the negative stock dilution effects.

I estimate that in the event the stock makes a rally, the management of ChargePoint may consider also raising cash to fund its expansion goals.

If we take the upper range of the forecast for revenue in FY 2022 from the latest earnings report then we note that ChargePoint “confirms its revenue outlook of $195 – $205 million for the fiscal year ending January 31, 2022.”

With $205 million, the current market capitalization of $6.867 billion is a multiple of 33.49 based on market cap and future sales. It is too high to me. And although we have still very little financial data because ChargePoint went public in 2021, MarketWatch reports that there is a history of burning cash and negative free cash flows as of 2018.

For these two reasons, I consider ChargePoint to be too expensive. I see plenty of potential for its business operations. But with very little financial data, the wise decision for now is to be on the sidelines.

On the date of publication, Stavros Georgiadis, CFA  did not have (either directly or indirectly) any positions in the securities mentioned in this article. The opinions expressed in this article are those of the writer, subject to the biedexmarkets.com.com Publishing Guidelines.

Stavros Georgiadis is a CFA charter holder, an Equity Research Analyst, and an Economist. He focuses on U.S. stocks and has his own stock market blog at thestockmarketontheinternet.com/. He has written in the past various articles for other publications and can be reached on Twitter and on LinkedIn.