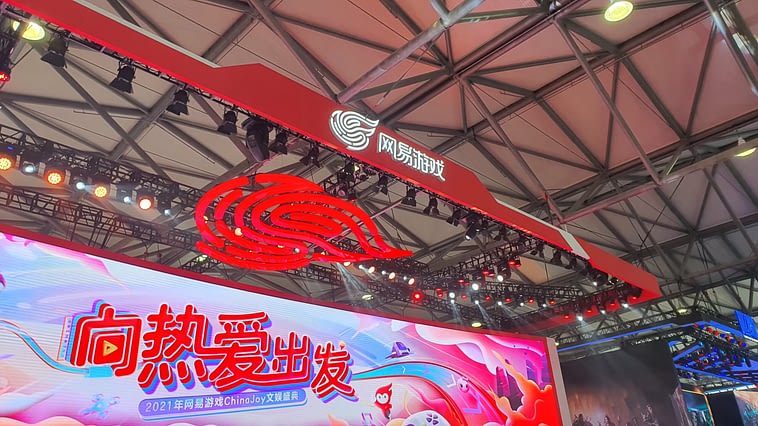 The NetEase Games booth at the China Joy conference in Shanghai on July 30, 2021.

On Monday, Chinese regulators announced that minors would only be allowed to play online games for three hours a week, a dramatic tightening of previous regulations.

Investors have shrugged off concerns and continued to buy some of China’s major gaming names.

Hong Kong-listed shares of Bilibili closed 6.25% higher and NetEase was up 6.42% on Wednesday. Meanwhile, Tencent rose 1.5% for the day. Huya’s shares, which are listed in the U.S., closed 7% higher on Tuesday.

Companies and analysts have said the new regulations are not likely to have a big financial impact on China’s gaming companies.

NetEase said Tuesday that less than 1% of its revenue comes from under-18s. Gaming is NetEase’s biggest business by revenue. Analysts at investment bank Jefferies said in a note this week that it estimates about 5% of Tencent’s gaming revenue comes from minors under 18 years old.

Gaming regulations were thrust back into the spotlight last month when a Chinese state-run publication affiliated to the official Xinhua newspaper, published an article which called gaming “opium.”

The story was later taken down and republished with references to the drug removed, suggesting it may not have aligned totally with Beijing’s thinking.

Regulations on the gaming sector are not new. The Chinese government has been concerned about addiction and eye problems among youngsters for some time now.

In 2018, regulators froze the approvals of new games which hit companies like Tencent and NetEase.

China’s gaming giants have sometimes tried to pre-empt regulators by putting in policies ahead of regulations. In July, Tencent said it would require gamers to do a facial recognition scan on their phone to verify if they were adults, so that children couldn’t flout the restrictions on their play time.