The Tramontina Guru cook system is on display at the Tramontina booth booth during the CES tech show Thursday, Jan. 5, 2023, in Las Vegas. (AP Photo/John Locher) 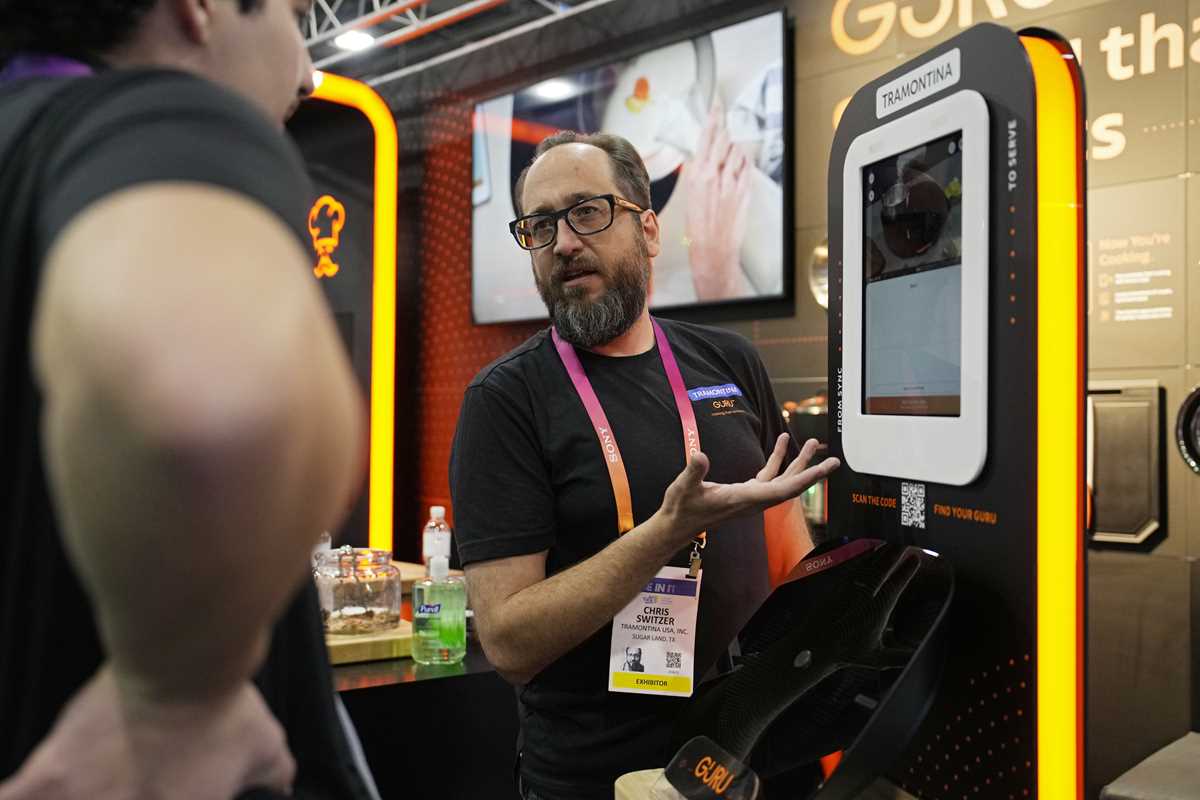 Exhibitor Chris Switzer shows off the app for the Guru cook system at the Tramontina booth booth during the CES tech show Thursday, Jan. 5, 2023, in Las Vegas. (AP Photo/John Locher) 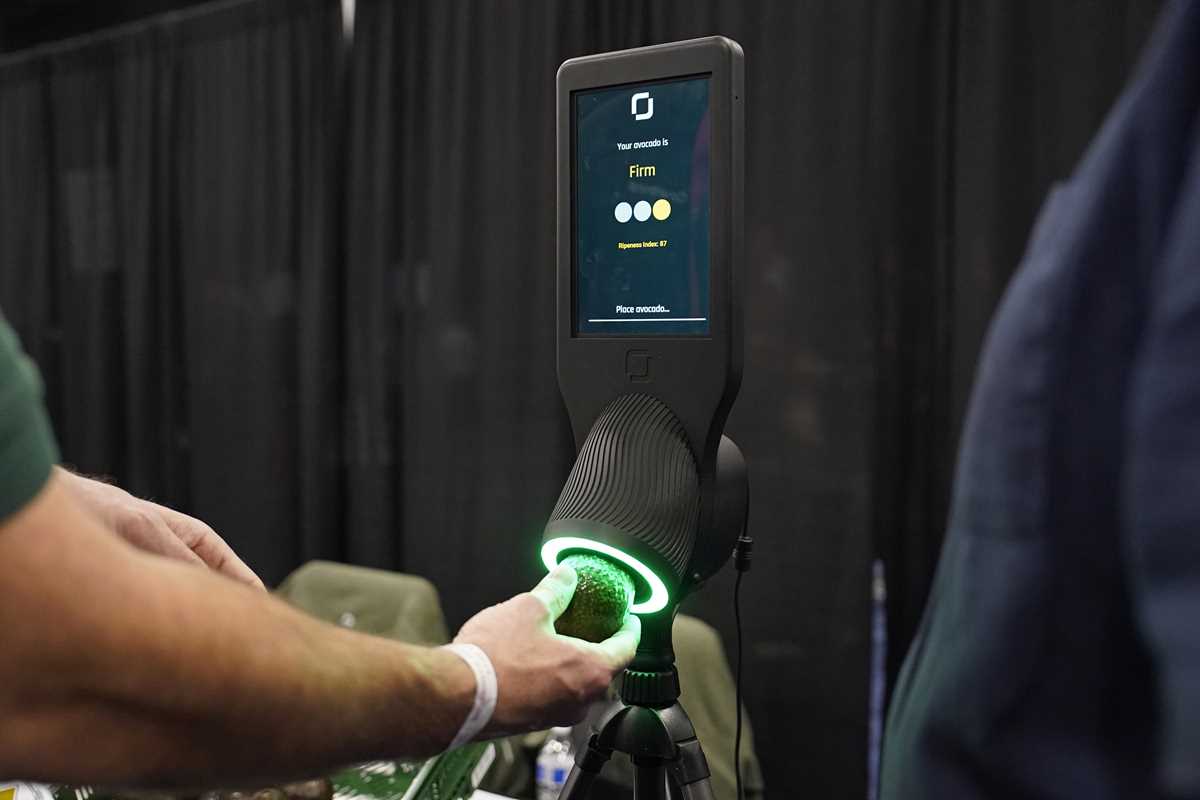 An exhibitor demonstrates the OneThird avocado ripeness checker during CES Unveiled before the start of the CES tech show, Tuesday, Jan. 3, 2023, in Las Vegas. The device is designed for use by grocery store shoppers to scan an avocado and get information about when it is ready to eat. (AP Photo/John Locher) 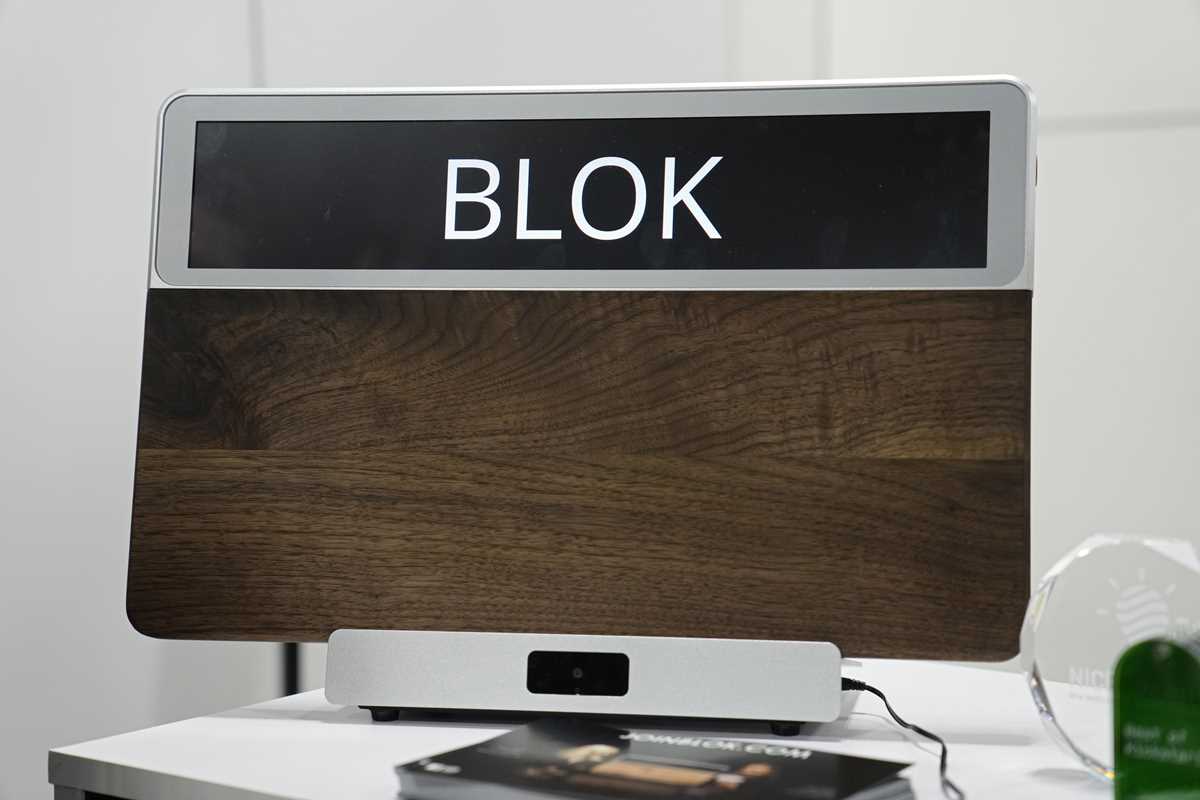 The Blok smart cutting board is on display at the Blok booth during the CES tech show Thursday, Jan. 5, 2023, in Las Vegas. (AP Photo/John Locher) 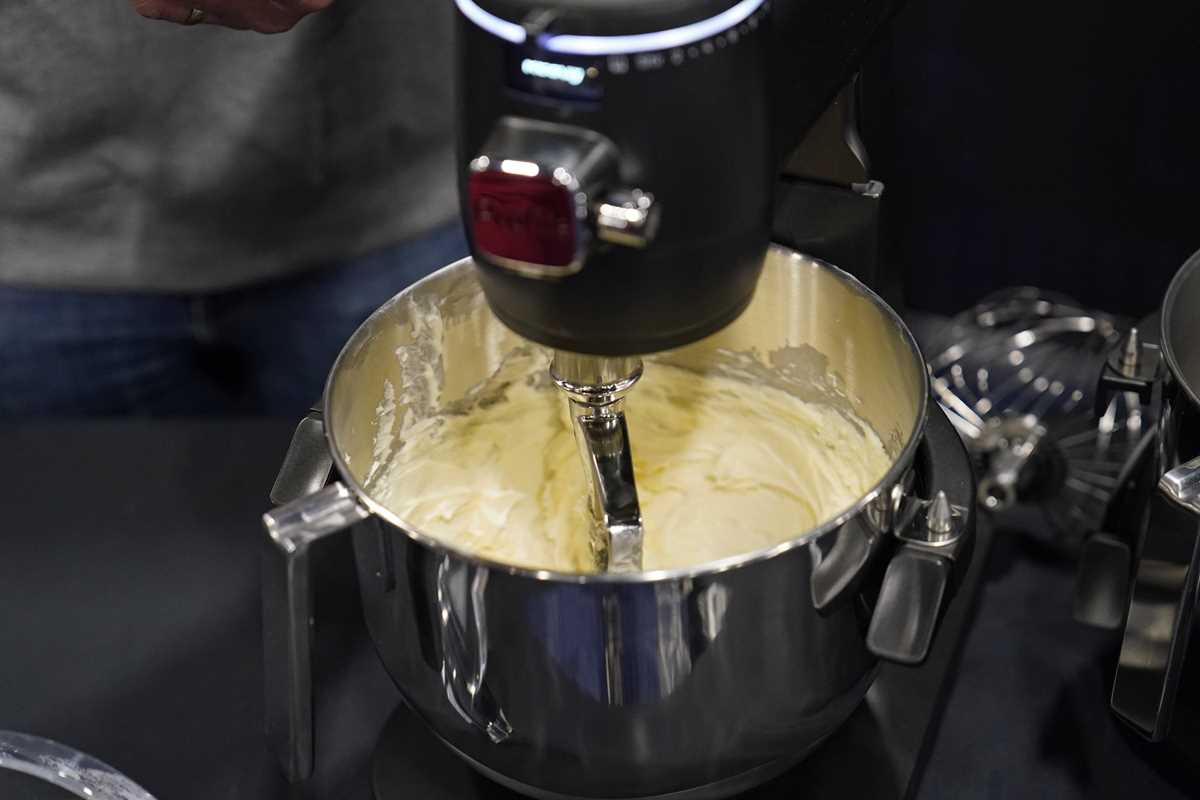 The GE Profile Smart Mixer with Auto Sense smart mixer is on display during CES Unveiled, before the start of the CES tech show, Tuesday, Jan. 3, 2023, in Las Vegas. (AP Photo/John Locher)

LAS VEGAS (AP) — From an AI oven that promises to warn you when your food is about to burn to a mixing bowl designed to take the hassle out of tracking calories, food tech was a key theme at this year’s CES tech show in Las Vegas.

Brad Jashinsky, a director analyst at research firm Gartner, said big companies often use CES to make attention-seeking announcements about products that are currently out of reach for most consumers, but may become more widespread and affordable in the coming years.

Samsung’s bespoke AI oven comes with a camera inside that it says can warn you when your food is about to burn. It’s available in Europe but not yet North America, where a price has not been announced.

Also on display was tech aimed at the food industry. Yo-Kai Express, creator of an autonomous restaurant that can quickly make ramen 24-7, offered a scaled-down version for small retailers and co-working spaces. Several startups showed tech that could help restaurants and others reduce food waste and improve supply chains, which Jashinsky said could have a huge impact on their bottom lines.

For those who want to become better home cooks, there was plenty of tech aimed at mostly affluent consumers.

Here are some products that caught our eye:

VersaWare is designed for people frustrated by trying to track their nutrition in traditional apps.

It provides a cutting board and a mixing bowl, each attached to a phone-sized device that will display recipes and other information. As you cook, you note what ingredient you’re adding and it weighs it and calculates the nutritional information. At the end, you have the statistics for whatever you’re making without having to do the math yourself.

The appliances will sync to the company’s app, which will include recipes automatically tailored to your nutritional goals — you’ll need to decide how comfortable you are sharing that information. For example, if your nutrition plan means a recipe should have 25% less calories, VersaWare says its AI can figure out how to get it there.

The company is still raising money and hopes to launch in the third quarter of 2023. They haven’t determined pricing. The cutting board and mixing bowl will be sold separately.

Knowing exactly when an avocado is perfectly ripe may sound a bit niche, but Dutch startup OneThird thinks it’s a key to helping reduce food waste.

The company unveiled an avocado scanner designed for supermarkets that’s currently being tested in Canada and can tell you whether an avocado is still firm or ready to eat.

OneThird already works with growers, distributors and others along the supply chain to predict the shelf life of avocados, tomatoes, strawberries and blueberries and is working to add more produce.

According to the United Nations, nearly a third of food of all food globally is thrown away. Reducing that would mean less food waste being tossed into methane-producing landfills.

Another Dutch startup, Orbisk, helps restaurants reduce food waste by tracking where and when it’s happening.

Blok wants to be the Peloton of cooking classes.

It’s a large cutting board with a docking station and a digital display where subscribers will be able to watch live cooking classes taught by professional chefs and chat with other participants.

Creators Alissa and Tony Frick envision groups of family members and friends doing classes together virtually four or five times a month. The classes will all be 30 minutes or less.

The idea was born during the pandemic, when the Fricks couldn’t get together to cook meals with their family.

“We missed that so much,” Tony Frick said.

The Fricks have sold 100 units that will be delivered this summer and are hoping to scale up production after that. They anticipate selling the cutting board for $299 or $399, with an app subscription expected to cost $9.99 a month.

Some people love to experiment in the kitchen. If you’re not one of them, there’s the Tramontina Guru.

An app guides you through every step of the cooking process. You can even choose whether you’d like to your meat to be rare, medium or well-done.

You weigh your ingredients in the pot on the cooktop. When you’re ready, you press a button and the cooktop heats to the right temperature for the right amount of time.

The basic set including an induction cooktop and pot will be available in the U.S. this spring for $299.

GE unveiled a smart mixer that lets you weigh your ingredients in the bowl while you’re working.

The GE Profile also has an auto sensor that can monitor changes in texture and viscosity and adjust speed accordingly. It shuts itself off automatically to avoid overmixing.

And it has voice control so you don’t have to stop what you’re doing and wash your hands off to operate it.

All that precision doesn’t come cheap — the mixer costs $999.95 and is only available at Crate & Barrel.

Before you consider Gartner, you’ll want to hear this.

MarketBeat keeps track of Wall Street’s top-rated and best performing research analysts and the stocks they recommend to their clients on a daily basis. MarketBeat has identified the five stocks that top analysts are quietly whispering to their clients to buy now before the broader market catches on… and Gartner wasn’t on the list.

While Gartner currently has a “Hold” rating among analysts, top-rated analysts believe these five stocks are better buys.