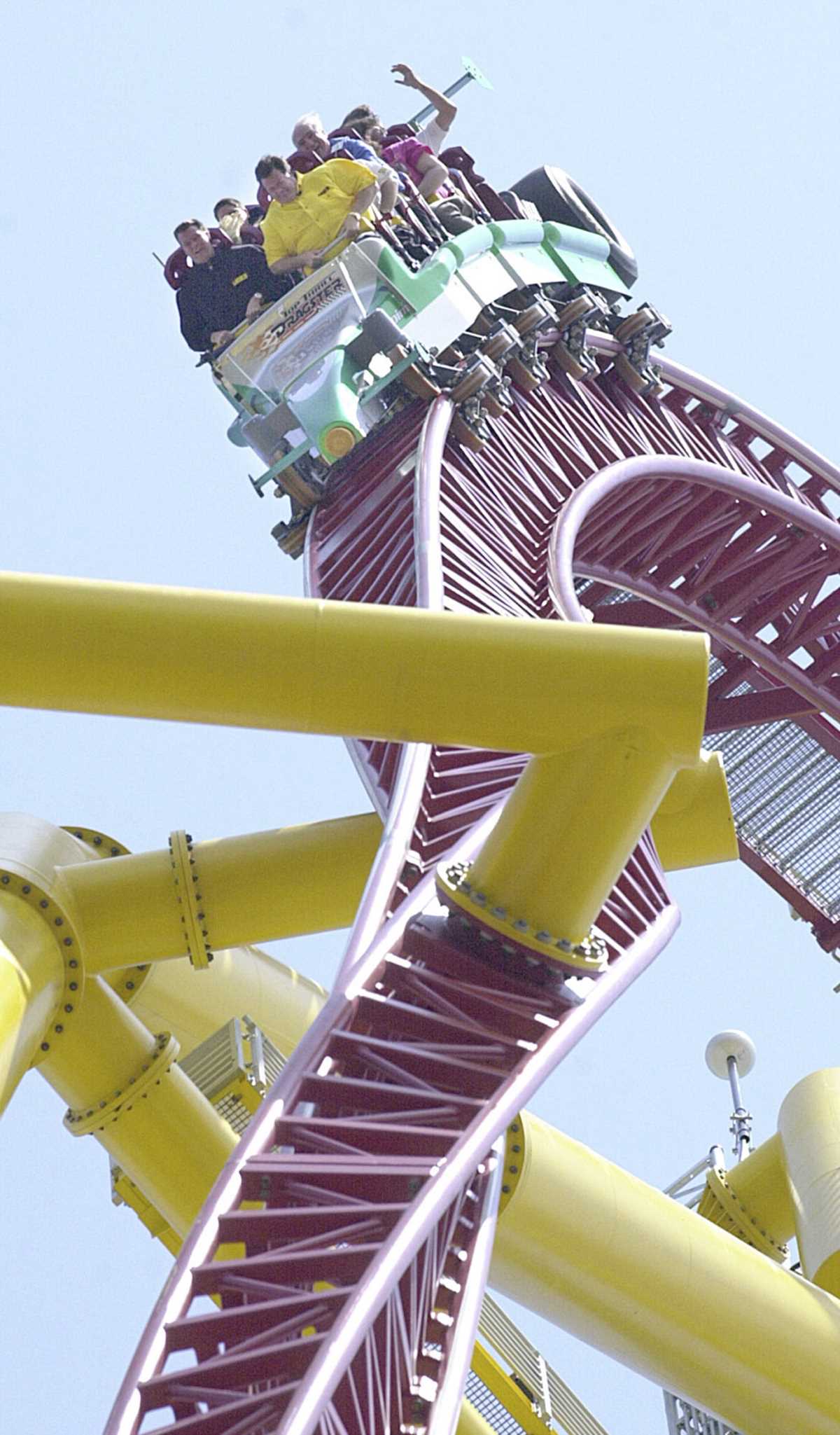 This May 1, 2003 file photo shows the green train on Cedar Point’s Top Thrill Dragster in Sandusky, Ohio. The world’s second-tallest roller coaster won’t open again this year, Friday, Aug. 20 2021, after a person standing in line was hit in the head by a metal object that flew off the ride last weekend at Cedar Point amusement park. (Daniel Miller/The Sandusky Register via AP)

TOLEDO, Ohio (AP) — A piece of metal that flew off the world’s second-tallest roller coaster and hit a woman in the head while she stood in line came from the back of the ride’s train and was about the size of a fist, an amusement ride safety official said Monday.

Authorities and amusement park officials have not released the condition of the victim, who is a 44-year-old woman from Swartz Creek, Michigan, according to an accident report released by the state.

She could be heard screaming on body-camera footage released by police. She was treated at a hospital near the park in Sandusky before being moved to a hospital in Toledo.

The metal L-shaped bracket that hit the woman on August 15 was attached to the back of the train and hovers above the track, Miran said. It’s part of the sensor system that tells the coaster’s computer where the train is on the track, he said.

The coaster train was nearing the end of the ride where it slows down when the metal plate broke, park officials said. It’s not clear how far the piece flew before hitting the woman, Miran said.

A report released by the Ohio Department of Agriculture’s amusement ride safety division said the roller coaster was inspected in May. It showed no structural issues.

The coaster, which opened in 2003, launches riders on a straight away at 120 mph (193 kph) before it climbs a hill and then comes back down. The ride lasts less than 20 seconds.

A year after its debut, four riders were slightly injured when metal shavings sheared off the coaster’s launch cable.

I believe we’re on the cusp of something we haven’t seen in 20 years. Fortunes will be made and lost.

Before you consider Cree, you’ll want to hear this.

MarketBeat keeps track of Wall Street’s top-rated and best performing research analysts and the stocks they recommend to their clients on a daily basis. MarketBeat has identified the five stocks that top analysts are quietly whispering to their clients to buy now before the broader market catches on… and Cree wasn’t on the list.

While Cree currently has a “Hold” rating among analysts, top-rated analysts believe these five stocks are better buys.