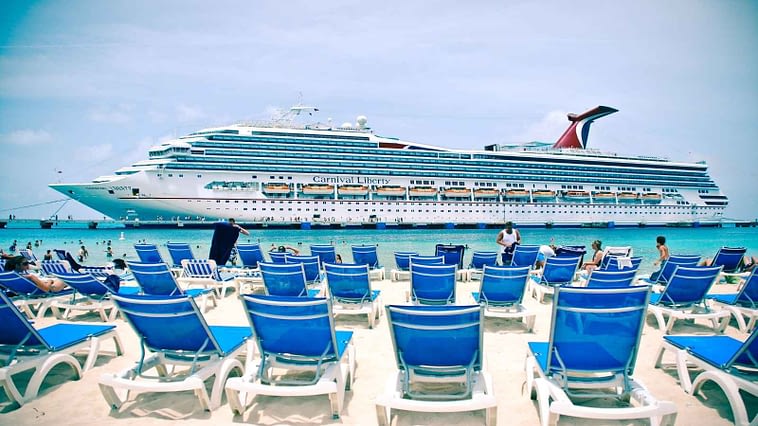 When I was younger, we had a saying on our vacations. “That was scary but not dangerous.” This meant it was fun. Right now, Carnival Corporation (NYSE:CCL) stock is both scary and dangerous.

That doesn’t mean it can’t be a winner. CCL stock trades at $28, less than half of its pre-pandemic price. The market cap is just $27 billion. But in 2019, Carnival did $20.8 billion of business with almost $3 billion in net income.

If Carnival can get past the pandemic before it runs out of cash, we know there’s enormous pent-up demand for cruising. Trouble is, that’s a big if.

D is For Delta, D for Debt

There are two Ds bedeviling Carnival right now: debt and the Delta variant.

Carnival was sitting on about $26 billion of long-term debt at the end of May, exclusive of capitalized leases. During the quarter it suffered net losses of $2 billion, with $1.35 billion of negative cash flow. The good news was it still had $9.4 billion in cash at the end of the period. It can, in theory, go for another year.

This brings up the second problem, the Delta variant of Covid-19. This version is much more contagious. Even people who are fully vaccinated can die, especially among the over-65 set who most like cruising. There also remain a lot of people who, for whatever reason, are resisting vaccination.

Carnival is trying to respond with requirements for pre-cruise testing and indoor masking.  It’s getting pushback from Florida’s government, which doesn’t like the controls. Its stand is backed by stricter rules requiring vaccines for those cruising to the Bahamas.

Customers seem unfazed. A survey of Cruise Critic readers found 59% approving the policies, 58% of them having already booked a cruise. But 37% said they might cancel, depending on events.

I won’t pretend to have special medical insight. Personally, I would love a cruise but I’m not doing it until it’s safer. This has made me skeptical of CCL stock. The debt has had me comparing Carnival to a survivor of long Covid, with potentially permanent damage to the balance sheet.

But I could be wrong. Citigroup analysts put a price target of $34 on CCL stock early in August. Analyst James Ainley has a “buy” rating on it. Our technician, Tyler Craig, suggests buying Carnival stock is a cruise to profit town, believing it priced right near its current level. This after a steep drop of 18% in July caused by a fear of cancellations.

If you like the action, consider using options. You can place a bet on Carnival either rising or falling, and risk nothing more than your investment. In mid-August less than 10% of Carnival shares were being held short.

As I have noted before, my investments (such as they are) are in my retirement account. Big risks and high beta don’t interest me. Some day I might take my winnings and book another cruise.

But you may have a greater appetite for risk than I do. The high debt of CCL means the stock is going to be more volatile than other cruise lines. The common stock may prove worthless, but you could easily double your money. Another biedexmarkets.com writer, Mark Hake, thinks it’s worth $29 per share, even at 14-15x expected earnings.

He might be right. I might be missing out. If you do have an appetite for risk, set sail with Carnival stock. I’ll be on the dock wishing bon voyage.

On the date of publication, Dana Blankenhorn held no positions in companies mentioned in this article. The opinions expressed in this article are those of the writer, subject to the biedexmarkets.com.com Publishing Guidelines.

Dana Blankenhorn has been a financial and technology journalist since 1978. He is the author of Living With Moore’s Law: Past, Present and Future available at the Amazon Kindle store. Write him at [email protected] or tweet him at @danablankenhorn. He writes a Substack newsletter, Facing the Future, which covers technology, markets, and politics.