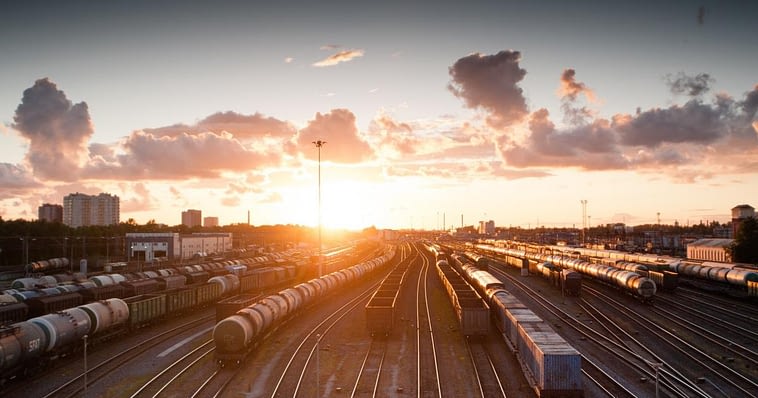 The Surface Transportation Board voted unanimously Tuesday to reject the proposed voting trust that CN would use to acquire Kansas City Southern, making the $33.6 billion merger’s prospects unclear. The STB said the trust “is not consistent with the public interest standard under the Board’s merger regulations.”

“The Board finds that using a voting trust, in the context of the impending control application, would give rise to potential public interest harms relating to both competition and divestiture,” the agency said in its decision.

Rivals CN and Canadian Pacific are both seeking to acquire KCS. CP and KCS announced in March their plans to merge, but then CN put forth a competing bid and KCS opted in May to go with CN’s bid instead.

What remains uncertain is how KCS (NYSE: KSU) shareholders will handle the STB’s decision. Shareholders are scheduled to hold a vote Friday on whether to approve the merger agreement between KCS and CN.

CN (NYSE: CNI) and Canadian Pacific (NYSE: CP) had yet to comment on the STB’s decision as of midafternoon Tuesday.

In its decision issued, the agency said the voting trust didn’t meet a more stringent federal standard governing major mergers between Class I railroads. These standards, adopted for mergers occurring after 2001, require applicants to “affirmatively demonstrate” that the use of the voting trust under a pending merger context must be consistent with the public interest, even if any perceived deficiencies are “curable.”

The board also said CN’s proposed trust focused more on how the trust would benefit shareholders than the public.

“The Board recognizes that CN, like any merger suitor, has a legitimate interest in making a strong offer to KCS’s shareholders. But that ‘interest’ is for the private benefit of the suitor, and standing alone, carries no public benefit,” STB said.

“Moreover, a voting trust is just one of several deal terms available to achieve CN’s stated purpose of conferring greater certainty to the acquisition target pending regulatory approval. … Although Applicants may prefer that the proposed transaction move forward with a voting trust, a voting trust is plainly not ‘essential’ to unlock the claimed public interest benefits of the proposed transaction; similarly, an acquisition target’s preference that a merger agreement have a condition precedent of a voting trust is not a ‘public benefit’ … and therefore cannot be a component of the Board’s ‘public interest’ calculus,” STB continued.

The agency also contended that a voting trust could insulate the proposed merger from regulatory scrutiny.

“Placing KCS in trust would insulate KCS and CN from the regulatory risks and uncertainties associated with the heightened scrutiny that the proposed transaction would face under the current major merger regulations and the heightened possibility of divestiture — an advantageous scenario for KCS shareholders and CN at the expense of the public interest in mitigating risks to competition and the stability of the rail network.”

The board said concerns about competition beyond the 70 miles of tracks that overlap between Baton Rouge, Louisiana, and New Orleans also need to be further addressed.

“The Board emphasizes that it is not making a final determination regarding the extent of these competitive issues or whether they can be resolved. It is simply finding that, in view of the heightened scrutiny that both the use of a voting trust and the proposed transaction face under the current major merger regulations, it would not be in the public interest to allow CN to own KCS until the competitive issues have been thoroughly examined,” STB said.

According to KCS, the merger agreement calls for CN to acquire KCS in a stock-and-cash transaction valued at $325 per common share, based on CN’s May 13, 2021, offer, implying a total enterprise value of $33.6 billion. This would also include the assumption of approximately $3.8 billion of KCS debt. Under the terms of the agreement with CN, KCS stockholders will receive $200 in cash and 1.129 shares of CN common stock for each KCS common share.

Earlier this month, CP revised its offer and presented KCS with a stock-and-cash bid worth an estimated $31 billion. The proposal, which KCS subsequently declined, valued KCS at $300 per share.

Subscribe to FreightWaves’ e-newsletters and get the latest insights on freight right in your inbox.

For full coverage of the CN/CP/KCS situation, click here.

Image by fancycrave1 from Pixabay