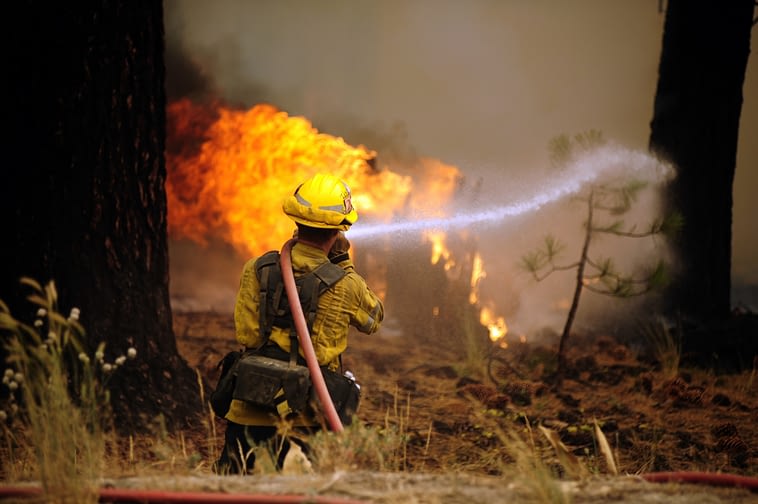 Cal Fire spokesman Henry Herrera detailed the multitude of conditions that are fanning the flames of the monster Caldor Fire as it continues to burn across the Sierra Nevada mountain range and threaten the resort city of South Lake Tahoe, California.

“Everything has lined up, perfect recipe for a major fire like this,” Herrera said during a Wednesday evening interview on CNBC’s “The News with Shepard Smith” .

“The topography’s very steep, very rugged terrain, the winds have been strong … we’ve been having gusts up to 35, 40 miles per hour a the top of the ridge tops. The winds are aligning perfectly with the canyons, which is really pushing the fire at a fast rate of spread.”

Firefighters are battling to contain the flames as it charges toward the south tip of Lake Tahoe. Herrera, who has been back and forth to the frontlines of the Caldor Fire, explained other contributing factors to the massive fire. They include embers igniting dry vegetation miles ahead of the fire that, in turn, creates new, small “spot fires” which grow and connect to the main fire.

The Caldor Fire burned more than 200,000 acres, which is larger than the entire city of Memphis. It’s also forced tens of thousands of people to evacuate. Herrera told host Shepard Smith that the firefighters are working to save homes and communities, and are currently focusing on the northeast end of the fire, around Meyers and South Lake Tahoe.