Volatility absent a day before the monthly close

Data from Cointelegraph Markets Pro and TradingView charted a calm overnight phase for the largest cryptocurrency, which hit intraday highs above $19,600 the day prior.

Those 6% gains were a welcome relief after heavy losses earlier in the week, but it no clear direction, market participants were still uncertain over how Bitcoin would handle the September monthly close.

“Can certainly build a case for local support holding in this range, at least until the monthly and quarterly close on Friday, unless, of course, we get the mother of all rug pulls,” on-chain analytics resource Material Indicators summarized.

Material Indicators referenced order book data which suggested that $18,000 could provide range support in the event of fresh market weakness.

More broadly, however, popular trading account Doctor Profit argued that rangebound behavior was still the trend on BTC/USD, this in place for multiple months.

Dollar back on the up after brief retracement

Macro triggers remained firmly on the radar in crypto circles the day after the Bank of England enacted a major policy shift, bringing back quantitative easing (QE) by buying long-term government bonds — a move to be worth $65 billion.

Grimly familiar to those who remember the birth of Bitcoin, the intervention was viewed by many as a point of no return in the current inflationary environment.

For veteran investor Stanley Druckenmiller, while the time was not right to own risk-on assets such as crypto, the writing was on the wall.

“I don’t own Bitcoin… I — it’s tough for me to own anything like that with central banks tightening,” he told CNBC host Joe Kernen in an interview on Sept. 28:

But yeah, I still think — if the Bank of England, what they did is followed by stuff like that by other central banks in the next two or three years, if things get really bad… I could see cryptocurrency having a big role in a Renaissance because people just aren’t going to trust the central banks.

His words caught the attention of Arthur Hayes, the former CEO of derivatives giant, BitMEX, who earlier this year predicted a “doom loop” taking hold of the world’s major fiat currencies.

The euro, he claimed this month, had already commenced its doom loop.

Elsewhere on the day, the U.S. dollar index (DXY) was recouping recent losses after hitting its latest two-decade highs. 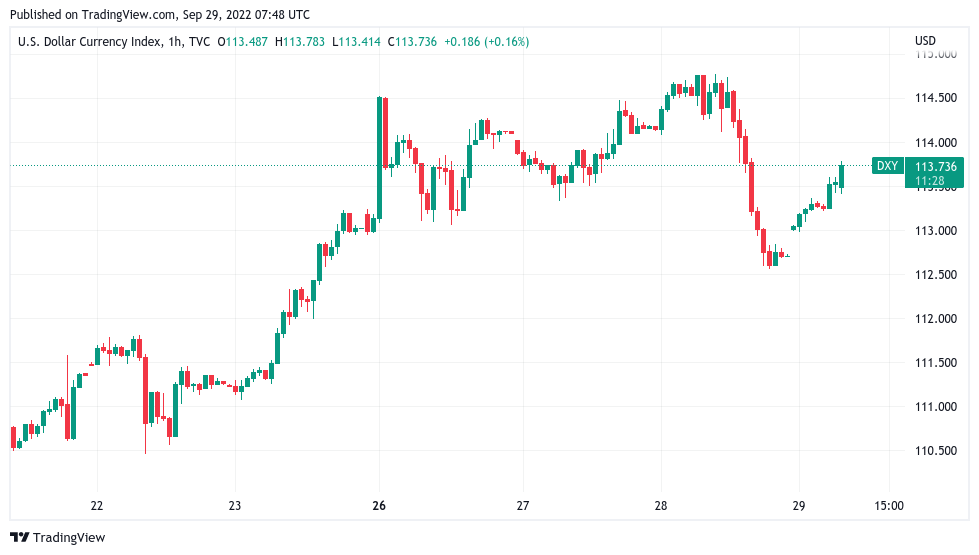