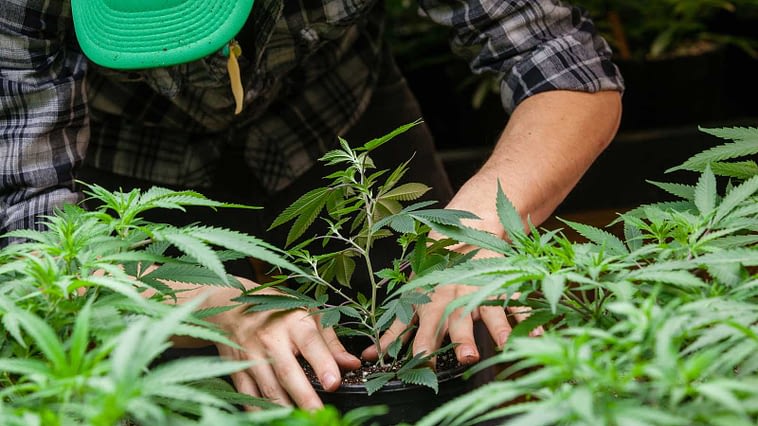 Oddly enough, the market seems to have forgotten that Canopy Growth (NASDAQ:CGC) is one of Canada’s most important cannabis producers. Many investors have dumped their CGC stock shares, perhaps to seek out greener pastures elsewhere.

The ever-optimistic spirit of 2017 is gone in 2021, it seems. Perhaps it’s because the push for Cannabis 2.0 (i.e., derivative products) turned out to be a major disappointment.

Of course, the onset of the Covid-19 pandemic didn’t make things easier for the cannabis industry or Canopy Growth. Still, the downturn in CGC stock just seems overdone.

Over the past half-year, the Canopy Growth share price has fallen far from its peak. With that, I’ll dare to say that there’s a compelling reward-to-risk profile here — and the potential for outsized long-term returns.

A Closer Look at CGC Stock

Was CGC stock one of those short squeeze targets? It’s hard to know for sure, but it’s probably not a coincidence that the share price doubled in a few weeks during the height of meme stock mania.

Otherwise, it would be difficult to explain how the Canopy Growth share price rallied all the way up to $56.50 in early February. There wasn’t any company-specific news catalyst to justify a price move of this magnitude.

After that, the chasers were punished as CGC stock commenced a multi-month downturn. By the end of August, the stock had fallen to $17 and change, thereby coughing up all of 2021’s year-to-date gains.

At the same time, Canopy Growth had trailing 12-month earnings per share of negative $2.73.

The company’s stakeholders should definitely want to see Canopy Growth work towards a positive earnings scenario before the year is over.

Canopy Growth Is Aiming for Profitability

Fortunately, there’s hope that Canopy Growth can and will rectify its negative earnings profile.

According to FactSet, Wall Street expects the company to post a per-share profit by the end of the current fiscal year (which began in April.)

On the other hand, those sale experts expect Canopy Growth’s earnings losses to continue in the fiscal year after that. Maybe they’re concerned that the company tends to over-invest and over-expand.

As you may be aware, Canopy Growth completed its acquisitions of Ace Valley and Supreme Cannabis not long ago. However, there are reasons to believe these acquisitions will help boost the company’s bottom line eventually.

In its announcement of the deal, Canopy Growth observed that Ace Valley held “top 5 and top 10 market positions in Ontario across its range of SKUs.” The press release also said the acquired company “has carved out a leading position and a particularly strong following among millennial and Gen-Z consumers.”

Moreover, the Supreme Cannabis acquisition gave “the opportunity for immediate value creation with an estimated $30 million in synergies to be captured within the next two years.”

For its fiscal first quarter of 2022, Canopy posted earnings of 84 cents (Canadian) per share. That certainly beat the analyst community’s estimate of a 26 cents per share loss.

All in all, it was a pretty impressive quarter for Canopy Growth. The company recorded 390 million CAD in net earnings, with CFO Mike Lee citing “cost savings and operational efficiencies across the company.”

Not only that, but Canopy achieved 23% year-over-year revenue growth during 2022’s first fiscal quarter.

The Bottom Line on CGC Stock

If Canopy Growth stays on the right track, the company could swing to per-share profitability in the near future. That, in turn, could precipitate a long-overdue turnaround in CGC stock.

So, let’s not forget that Canopy is still a major player in the Canadian cannabis market.

The share price is down, no doubt about that. Nevertheless, patient investors should ride out the rough patch and prepare for a turnaround this year.

David Moadel has provided compelling content — and crossed the occasional line — on behalf of Crush the Street, Market Realist, TalkMarkets, Finom Group, Benzinga, and (of course) biedexmarkets.com.com. He also serves as the chief analyst and market researcher for Portfolio Wealth Global and hosts the popular financial YouTube channel Looking at the Markets.