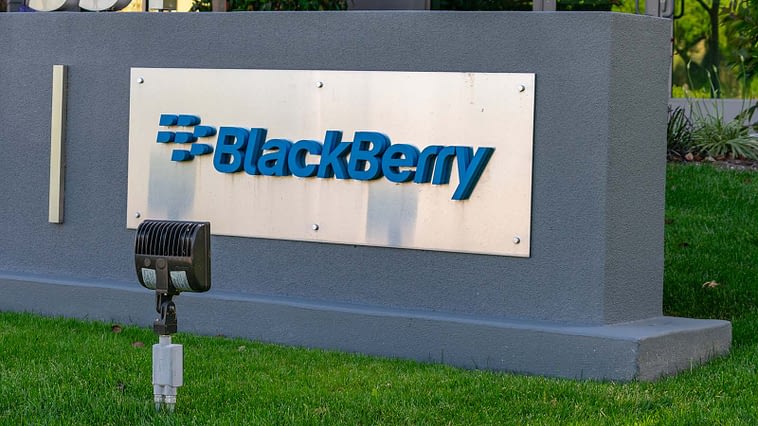 BlackBerry (NYSE:BB) shares have been on a wild ride in 2021, thanks to the company’s meme stock status. BB stock has seen two massive surges so far this year. The biggest was in January, when it jumped around 200% from less than $8 to a high of over $28 in two weeks. A second surge started at the end of May, sending shares up 51% over the course of just two sessions. After its latest correction, BB stock reached a closing price of $11.68 on Sept. 1, which is considerably less than the $20.17 it peaked at in June, or its $25.10 close at the end of Jan. 27.

However, BlackBerry shares have been rallying for the past several weeks. Since Aug. 20 they’re up 21%. That’s despite an embarrassing security scare (and attempted coverup) involving the company’s QNX software. As I wrote at the time, that incident had the potential to sink BB stock, given the company’s focus on security. Instead, the latest rally kicked off. That leads to the question of whether BB shares are now on the upswing for real, and locking into long-term growth mode. If so, is now the time to consider BlackBerry for your portfolio?

The QNX Almost-Debacle and an Analyst Upgrade

It’s difficult to overstate the importance of QNX to BlackBerry. The company bought QNX in 2010. At the time, QNX software was installed in 17 million vehicles, providing in-car infotainment services. BlackBerry then tapped QNX to develop the operating system for its ill-fated PlayBook tablet. Of course there is no PlayBook any longer. There are also no more BlackBerry smartphones, other than those made under license by third parties.

But QNX has become the jewel in BlackBerry’s crown. In June, the company announced QNX software is now embedded in over 195 million vehicles. The company included a quote from a Strategy Analytics analyst that shows how QNX has evolved and become more critical to automakers:

“Over the past six years, BlackBerry has successfully extended its market impact beyond infotainment, enabling wider adoption of advanced, safety critical systems in connected-autonomous vehicles.”

In its latest quarterly earnings, BlackBerry reported revenue of $174 million. However, the company also reported a QNX royalty backlog of $490 million. Clearly, QNX is important to BlackBerry.

That made the events of August potentially devastating for the company. Amid accusations the company had known about the issue for several months and declined to alert its customers, CISA (the Cybersecurity and Infrastructure Security Agency) issued a bulletin warning of QNX vulnerabilities. The agency cautioned that malicious actors could exploit the vulnerability to gain control of “highly sensitive systems.”

Both BlackBerry and the CISA noted that there had been no known incidents as a result. BlackBerry issued its own announcement, along with software patches. BB stock has been rallying ever since.

BlackBerry is steadily building its portfolio of security products, focusing on enterprise and IoT (the Internet of Things). QNX is also a part of this, with BlackBerry marketing its embedded software as having three key selling points: safety, security and reliability.

With corporate cybersecurity threats like ransomware on the rise and vehicles increasingly connected and reliant on embedded software for critical systems, BlackBerry’s strategy of focusing on security should pay off.

Contrasting with this approach of looking at BlackBerry is the tarnish of being a meme stock. Retail investors on Reddit’s r/WallStreetBets forum have triggered the big spikes in BB stock, resulting in BlackBerry being lumped in with other meme stocks. That status scares off many serious investors and can result in the company being taken less seriously.

BB stock currently rates a “B” in Portfolio Grader. The stock in the midst of a two-week rally that’s seen it gain over 20%. Even after plunging after each of the dramatic spikes earlier this year, BB stock is still up 76% since the start of the year. In fact, after each of those spikes, BB has settled into higher price band than it was in before the surge. That suggests growing market confidence in the company.

IoT security, enterprise security and embedded vehicle technology are sectors that are all expected to experience significant growth. BlackBerry’s visibility in each of these position it for long-term growth. However, its identity as a security specialist leaves the company vulnerable if it suffers a major hack. An incident could be a huge blow for BB shares. August’s QNX gaff was a close call on that front. And there’s still the volatility inherent in being a meme stock to contend with.

In other words, if you’re okay with some risk and the prospect of volatility, BB stock is worth considering. This latest rally may just have legs.

On the date of publication, neither Louis Navellier nor the biedexmarkets.com Research Staff member primarily responsible for this article held (either directly or indirectly) any positions in the securities mentioned in this article.

Louis Navellier, who has been called “one of the most important money managers of our time,” has broken the silence in this shocking “tell all” video… exposing one of the most shocking events in our country’s history… and the one move every American needs to make today.