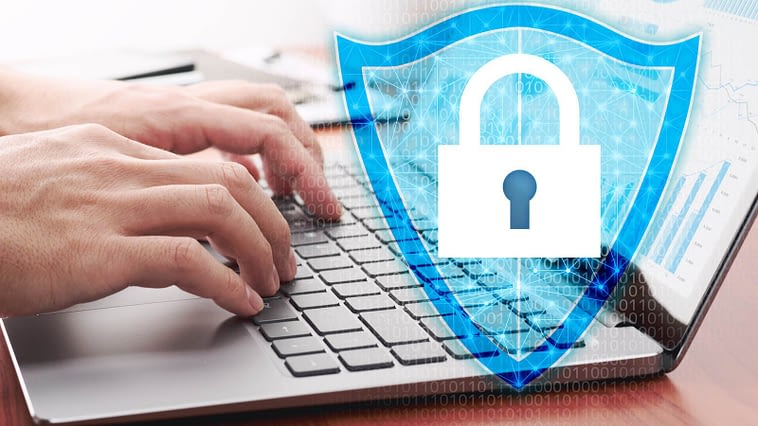 In yesterday’s Digest, we highlighted a meeting that took place last week between President Biden and the heads of major technology, financial, and energy companies.

The focus was cybersecurity, what Biden called “the core national security challenge we are facing.”

In the wake of the meeting, Microsoft pledged to invest $20 billion in cybersecurity measures over the next five years…and then, promptly reported getting hacked.

Microsoft on Thursday warned thousands of its cloud computing customers, including some of the world’s largest companies, that intruders could have the ability to read, change or even delete their main databases, according to a copy of the email and a cyber security researcher.

As we’ve noted here in the Digest, cybersecurity is one of the biggest no-brainer investments of the decade. But that doesn’t mean all cybersecurity stocks are worthy of your hard-earned dollars.

For newer Digest readers, Louis is an investing legend. MarketWatch called him “the advisor who recommended Google before anyone else.” And Forbes gave him the title “King of Quants.”

“Quant” simply means he uses numbers and algorithmic-rules to guide his investment decisions. And it’s this quant approach that just flagged a handful of cybersecurity stocks.

Here are the 10 to avoid, from Louis.

If you’re having trouble reading the chart, it includes:

As you can see in the chart above, some of the biggest and best-known cybersecurity companies are on this list. With well-publicized hacks, it’s no surprise that SolarWinds and FireEye are on this list.

If you’re considering investing in these companies, you may want to pump the brakes, especially on any with a D-rating. D-ratings are always an automatic “Sell” in my book.

To make sure we’re all on the same page, Louis has created a quantitative formula that evaluates a series of financial metrics for a stock. This formula provides an instant snapshot of a company’s quantitative strength, reported as an “A” through “F” grade.

One of the metrics that Louis evaluates is institutional buying pressure. In fact, this is one of Louis’ most-watched traits.

Here he is explaining why, and what it means for his 10 “don’t touch” cybersecurity stocks:

Like individual investors, large institutional investors, such as corporations, cities and school systems, invest in stocks for income.

These large institutional clients buy chunks of a stock, often worth millions of dollars. Typically, the more attractive a stock currently is to institutional investors, the better the stock will perform in the near term.

When you consider the lack of institutional buying pressure in these cybersecurity stocks, they’re not worth touching with a 10-foot pole.

***So, what’s the top cybersecurity company on Louis’ radar today?

The company is in the lucrative cloud security business—and its business has been booming since the global COVID-19 pandemic.

Louis details advantages of the company’s tech platform, “Falcon,” then walks through its surging revenues and earnings.

It should be no surprise that CRWD is much more highly rated than the other cybersecurity companies. Here’s how it stacks up in Portfolio Grader: 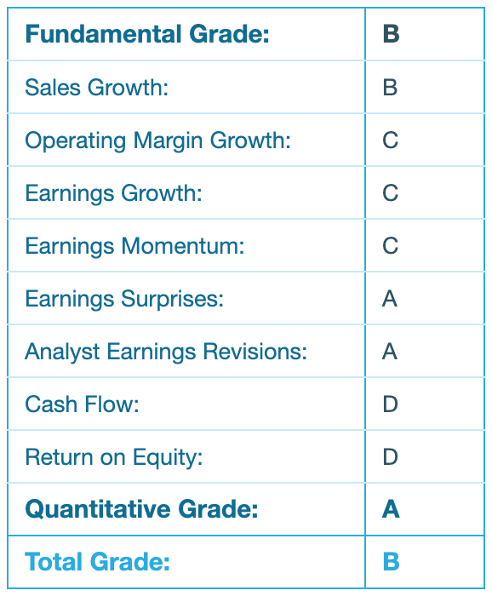 While it struggles slightly in the cash flow and return on equity categories, CrowdStrike’s Quantitative Grade remains A-rated, which, as you know, means institutional buying pressure is extremely strong right now.

Its Total Grade of a “B” makes it a Buy…

The bottom line: I expect CRWD to continue to outperform its competitors. This is why it remains a strong player on my Growth Investor Buy List.

Cybersecurity has massive, long-legs demand. If you don’t have exposure to it, this is a must-have sector for your portfolio, and CrowdStrike is a fundamentally-strong leader. Give it a look today.

***Meanwhile, gold has climbed back to its early-August levels after suffering a flash crash

On August 2nd, we suggested a big move was coming for gold.

This was because its price action had been narrowing into a wedge pattern. Meanwhile, volatility had compressed.

Historically, explosive moves often follow such set-ups, and one did…just in the wrong direction.

In the wake of our Digest, gold broke out of its wedge pattern, dropping 5%. But as you can see below, prices climbed back over August, erasing the losses. 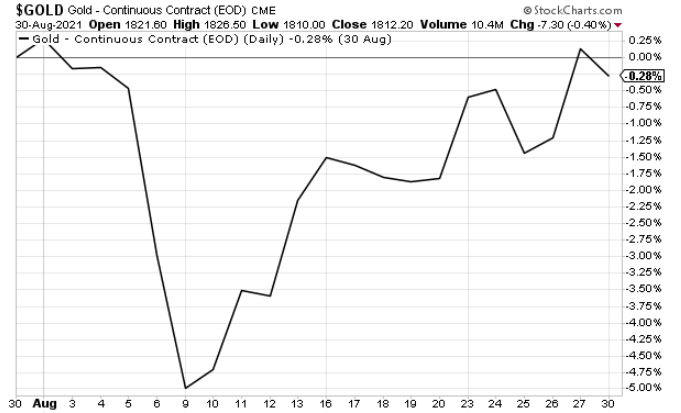 Regardless of what the immediate future brings for gold, we believe having some of your wealth allocated to the precious metal is a wise step for investors.

We’re not the only ones.

On Sunday, Bloomberg featured an interview with billionaire John Paulson, who believes gold is poised to surge.

The rapidly expanding money supply could push inflation rates well above current expectations, he said, and gold, which he’s backed for years, is primed for its moment.

***Some investors might read this and roll their eyes

After all, there were similar calls for mass inflation after 2009 when the Fed engaged in its quantitative easing program. But runaway inflation didn’t materialize.

Here’s Paulson on what happened then, and why it’s different today:

We thought in 2009 with the Fed doing quantitative easing, which is essentially printing money, it would lead to inflation. But what happened was while the Fed printed money, at the same time they raised the capital and reserve requirements in banks.

So the money sort of recycled. The Fed bought Treasuries, created money, which wound up in the banks and then was redeposited at the Fed. And the money never really entered the money supply. So it wasn’t inflationary.

So I think we have inflation coming well in excess of what the current expectations are.

If ugly inflation does raise its head in a major and sustained way, it would be a massive tailwind for gold.

For newer Digest readers, Eric is our macro investment expert. In the last several years, he’s led his Speculator subscribers to a series of triple-digit winners from gold and silver.

Here he is from earlier this summer:

Despite the fact that some inflation indicators are hitting 20-year highs, the precious metals are refusing to move higher.

That’s a bit surprising…and unusual. Perhaps the sector is suffering from a kind of “inflation fatigue.” In other words, even though the inflation readings are high rising, investors seem not to care.

But I suspect this widespread complacency will fade away over the coming months, to the benefit of the gold market broadly.

Eric sees two huge tailwinds for gold. And even if they take a while before impacting gold’s price, their effects aren’t disappearing anytime soon.

Eric points out that the Fed’s QE program has sopped up nearly $4 trillion of treasuries and corporate bonds – which is more than double the total that the Fed acquired during the preceding 11 years.

Meanwhile, the mind-boggling deficit racked up by the federal government over the last 12 months is more than $3.6 trillion. That’s nearly double the $1.9 billion deficit of the preceding 12 months.

And this is before the $3.5 trillion budget proposal that’s working its way through the system right now.

Inflation and gold have been “BFFs” for centuries. And they probably remain close friends today, even in this modern, cryptocurrency-enabled age.

Until proven otherwise, therefore, I’m betting gold will continue to provide at least partial protection from any serious bout of inflation.

We’ll continue keeping you up to speed here in the Digest.