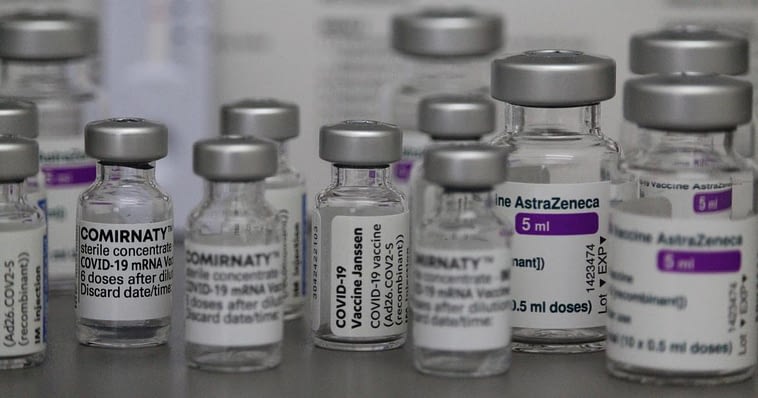 For the quarter that ended on June 30th, earnings per share amounted to $6.46, exceeding the expected $5.96 as Moderna generated a revenue of $4.35 billion, also exceeding the expected $4.2 billion. Its Covid vaccine alone generated $4.2 billion during the quarter, with plans to produce 800 million to 1 billion doses this year as it has signed contracts worth $20 billion in sales this year. For 2022, it has agreements worth $12 billion.

Fighting Against The Delta Variant

The Delta variant is casting a shadow across the global recovery as the Centers for Disease Control and Prevention claim to be as contagious as chickenpox with even fully vaccinated individuals not being immune.

However, a new Mayo Clinic study that is awaiting a full review claims that the risk of suffering a breakthrough COVID-19 infection from the delta variant after being fully vaccinated with the Moderna’s shot is 60% lower than the risk for those who received the mRNA shots made by Pfizer Inc (NYSE: PFE) and BioNTech SE (NASDAQ: BNTX).  The study was conducted in July in Florida, where COVID cases are at an all-time high with the delta variant who might make people much sicker than the ‘initial’ version.

Moderna executives stated they believe that the third dose will likely be necessary before the winter season. They cited the final analysis of its phase three study that found that two-dose vaccine was 93% effective and that its efficacy lasts six months. However, the World Health Organization called on wealthy nations to stop the distribution of Covid booster shots due to vaccine inequity across the globe. Pfizer and BioNTech also said the efficiency of their vaccine declines to about 84% six months after the second shot.

Europe’s drugs regulator also revealed it is studying three new conditions reported by a small number of people after being vaccinated by mRNA shots from Pfizer and Moderna. The first is erythema multiforme, a form of allergic skin reaction, second is glomerulonephritis which is a kidney inflammation; and the third is the nephrotic syndrome, a renal disorder characterised by heavy urinary protein losses. Additionally, the EMA found a possible link between very rare heart inflammation and the mRNA vaccines last month. However, the European regulator and the World Health Organization emphasized that the benefits offered by the vaccines outweigh any risks.

However, new assessments were added to routine updates to the safety section of all authorized vaccines’ databases, along with menstrual disorders as a condition being studied in those that received AstraZeneca Inc (NASDAQ: AZN) and Johnson & Johnson (NYSE: JNJ).

Despite the tremendous progress science made by creating these vaccines in a record timeframe, the battle against the invisible enemy is far from over.

This article is not a press release and is contributed by a verified independent journalist for IAMNewswire. It should not be construed as investment advice at any time please read the full disclosure. IAM Newswire does not hold any position in the mentioned companies. Press Releases – If you are looking for full Press release distribution contact: [email protected] Contributors – IAM Newswire accepts pitches. If you’re interested in becoming an IAM journalist contact: [email protected]

The post Moderna’s Shot Seems to Have a Better Shot Against Delta Than Pfizer’s appeared first on IAM Newswire.

Image by Johaehn from Pixabay