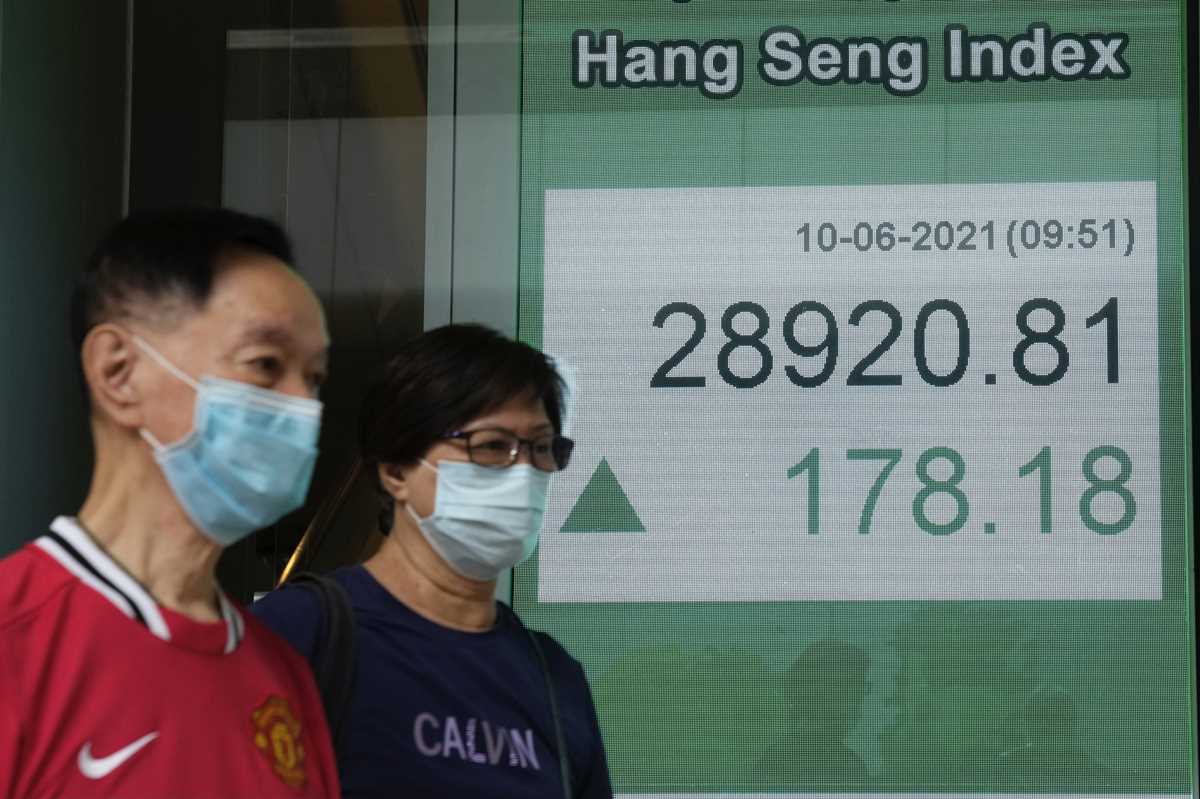 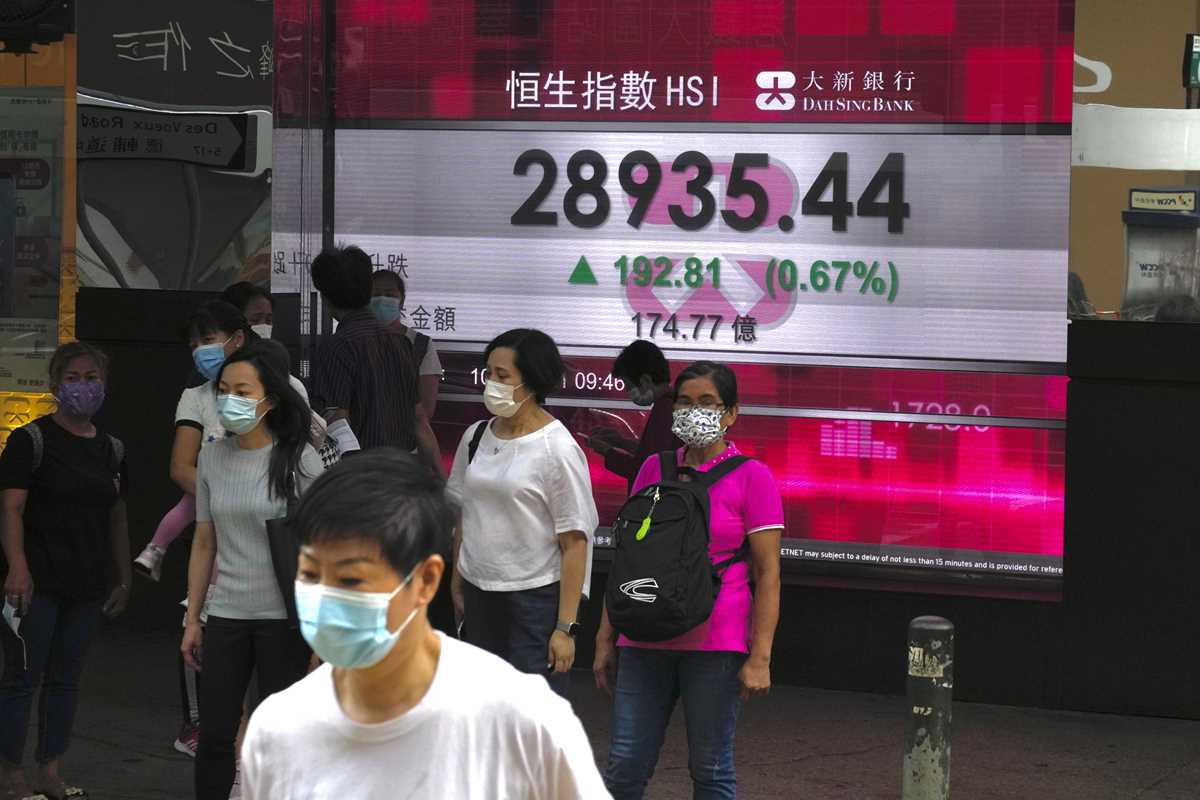 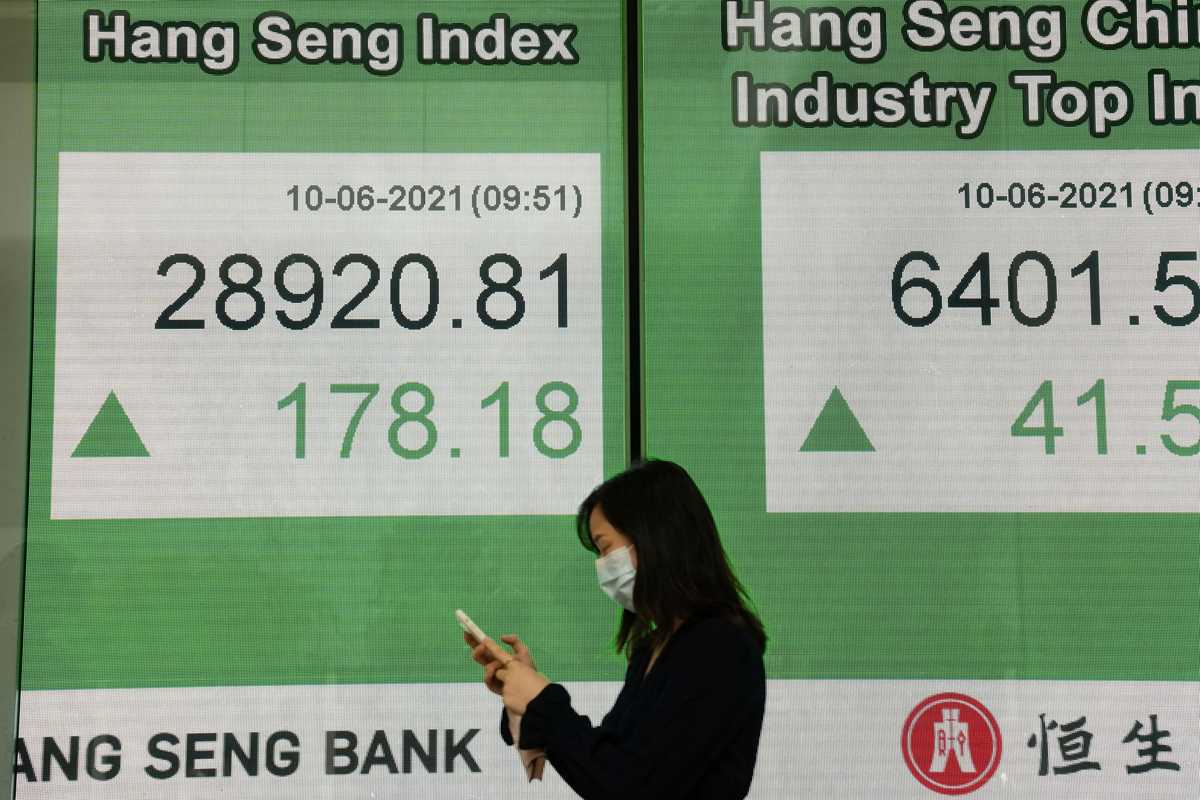 Investors will get closely watched U.S. inflation data on Thursday. The focus is on how it might impact ultra-low interest rates and other market-supporting policies.

“There’s a sense of every man for himself ahead of the U.S. inflation data this evening, a data point that has left markets in limbo and seems to be taking an interminably long time to arrive,” Jeffrey Halley of Oanda said in a report.

The Labor Department’s release of the consumer price index comes shortly before a meeting next week of the Federal Reserve’s Open Market Committee, which sets policy on interest rates and other measures.

Trading has been relatively constrained this week, with investors parsing any data to judge whether rising inflation will be temporary, as the Federal Reserve thinks, or more permanent.

On Wednesday, a slide in banks and industrial companies nudged stocks on Wall Street to modest losses after an early gain faded in the last half-hour of trading. Stocks championed by hordes of online retail investors, the “meme” stocks as they have become known, were volatile once again.

Newly-minted stock market millionaires will be making a tour de force in 2021 by being early on select green energy stocks. This US$0.25 stock just seized control of an ultra-rare clean energy metal America needs to lead the green energy revolution.

The tech-heavy index was lifted by the same Big Tech companies that have pushed it generally higher for the last 18 months. Microsoft rose 0.4% and Amazon added 0.5%.

Treasury yields slipped. The yield on the 10-year Treasury fell to 1.48% from 1.52% late Tuesday. The falling yields have weighed down banks, which rely on higher yields to charge more lucrative interest on loans.

The original “meme” stock, GameStop, said after the closing bell Wednesday that it has brought in a pair of Amazon veterans as its new chief executive and chief financial officer to aid in its much anticipated digital turnaround. The company also reported a smaller quarterly loss than a year ago as revenue increased. Its shares fell 3% in after-hours trading.

In other trading, U.S. benchmark crude dropped 54 cents to $69.42 per barrel in electronic trading on the New York Mercantile Exchange. It lost 9 cents to $69.96 per barrel on Wednesday.

Brent crude, the international standard, gave up 56 cents to $71.66 per barrel.

7 Forever Stocks That Are Never Bad to Buy

Investors thought 2021 would be a less volatile year. That narrative has run into some problems. Sure, all the major indexes are up for the year. And that’s despite the NASDAQ’s gut-wrenching 10% drop in March.

But many investors don’t feel much like celebrating. In fact, many are concerned about the liquidity that continues to be pumped into the stock market. In 2020, the pandemic flooded the economy with $6 trillion dollars of stimulus.

However, in the last few months, the Federal Reserve has introduced another $6 trillion into the economy. We would have stopped counting, but the math is pretty easy. It’s $12.3 trillion that has flooded into the economy.

Eventually, this is going to end badly. But timing the market is an imperfect science particularly when many investors are enjoying the game.

With that in mind, we’ve put together this special presentation that showcases seven of these forever stocks. These are all stocks that are household names, but that’s kind of the point. You don’t need special knowledge. You just have to recognize that these are companies that consistently do right by their shareholders.

View the “7 Forever Stocks That Are Never Bad to Buy”.

High Tide Stock Could See A Breakout In The Coming Weeks: Here’s Why

GBP/CAD Up 9 Pips Over Past Hour, Came Into Today Up For the 3rd Day In A Row; Sentiment Suggests Sellers in Charge