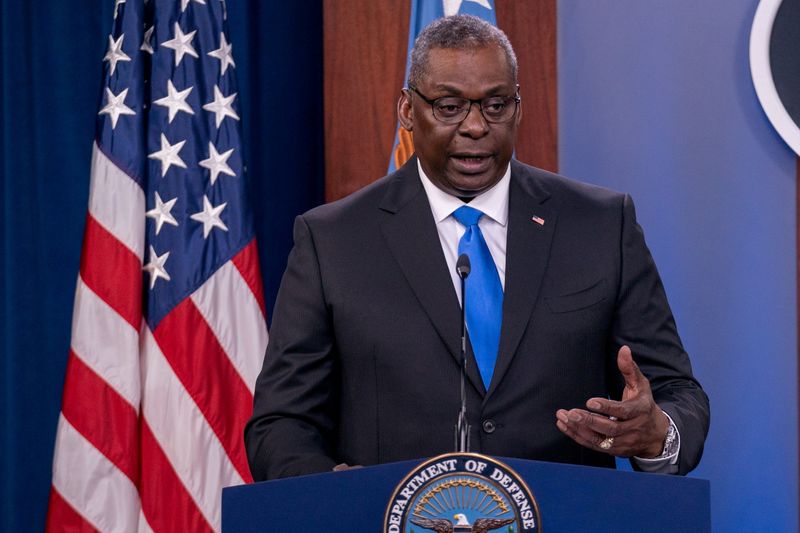 By Phil Stewart and Idrees Ali

WASHINGTON (Reuters) – During his last days before dying from COVID-19, 26-year-old Navy Petty Officer 2nd Class Cody Myers played a breathing game with himself at a Florida hospital to see how high he could get his oxygen levels.

Like most of the military, Myers had chosen to get vaccinated – but was exposed just a day after getting his first dose in January, not enough time for it to take effect.

“He was really excited to be doing his part for society and for his family. He wouldn’t have imagined three weeks later he would die alone in a hospital,” his sister, Amber Mattson, wrote on a Facebook (NASDAQ:) post, imploring people to get vaccinated.

With the Delta variant surging, the Pentagon appears poised to do something it has not so far – mandate vaccinations to safeguard against COVID-19. Officials tell Reuters a decision on next steps could come within days.

The U.S. military says around half the U.S. armed forces are already fully vaccinated, a number that climbs significantly when counting only active duty troops and excluding National Guard and reserve members. Vaccination rates are highest in the Navy, which suffered from a high-profile outbreak last year aboard an aircraft carrier. About 73% of sailors are fully vaccinated.

That compares with the U.S. national average of about 60% of adults ages 18 and over who have been fully vaccinated.

Because U.S. troops are generally younger and fitter, relatively few U.S. servicemembers like Myers have died as a result of COVID-19 – just 28 in total, according to Pentagon data.

For the general U.S. population, however, the pandemic has been devastating, leading to the biggest decline in life expectancy in the first half of 2020 since World War 2. More than 611,000 people have died from COVID-19 in the United States.

President Joe Biden could issue a waiver requiring troops to get vaccinated prior to formal vaccine approval by the U.S. Food and Drug Administration. Last week, he appeared to move a step closer by asking the Pentagon “to look into how and when they will add COVID-19” to its list of mandatory vaccinations.

“Our troops serve in places throughout the world, many where vaccination rates are low and disease is prevalent,” Biden said.

It is unclear if the Pentagon’s initial announcements will go beyond ordering planning for mandatory vaccinations while the Food and Drug Administration is still weighing formal approval for vaccines, which are now authorized only for emergency use.

But as the virulent Delta variant wreaks havoc in the United States, Pentagon officials are voicing growing concern for the safety of unvaccinated troops, and even U.S. companies like Walmart (NYSE:) and Walt Disney (NYSE:) Inc have started vaccination requirements for at least some employees.

Officials acknowledge a significant percentage of the military population – and their families – have shunned a voluntary vaccine, especially since it is not included on the long list of as many as 17 required vaccinations, for everything from measles to smallpox.

While some troops may be wary of the new vaccines, many just believe that it would be required if it were actually important, officials say.

“‘We’re not going to do it if we’re not ordered to do it’ – soldiers’ mindset I guess,” said one Army official.

Another suggested a vaccine mandate would solve the problem.

“We have a lot of vaccines that are required for self-protection and once this one is mandatory, I don’t think that we will have a lot of pushback. I think people will do as they’re required,” another official said.

Vaccinations have also become a political issue in the United States – as have discussions about making them mandatory for the armed forces.

Kori Schake, a former national security official now at the American Enterprise Institute think-tank, said servicemembers should be vaccinated against COVID-19 as a matter of military preparedness.

“This isn’t even a close call,” Schake wrote in a column.

Two U.S. officials, speaking on the condition of anonymity, said the hope was that the FDA moves toward giving the COVID-19 vaccines full approval. That would make mandating the vaccine less controversial.

Defense Secretary Lloyd Austin, a retired Army general, appeared to tip his hand by suggesting a willingness to mandate vaccines.

“Quite frankly, I’m inclined to move towards making sure that everybody is properly protected,” Austin said in the Philippines last week.