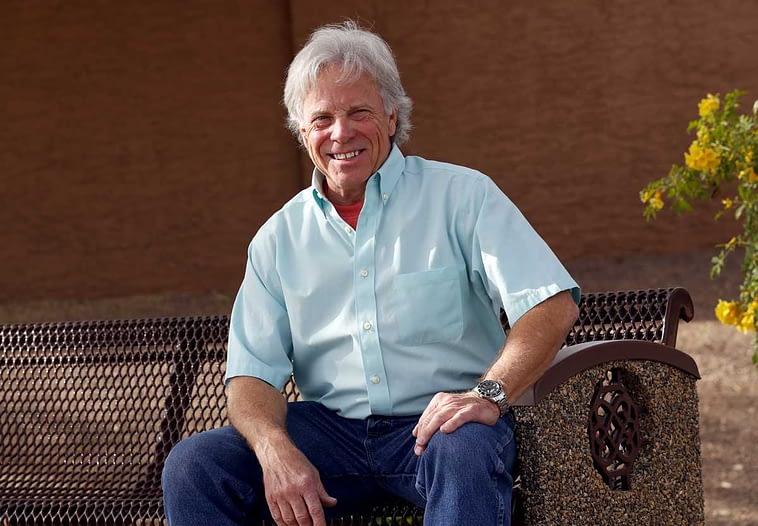 In this Nov. 20, 2018 file photo, Joseph Soldwedel, the publisher of the Prescott Daily Courier, poses for a photo in Phoenix. The Arizona newspaper publisher who repeatedly claimed that his ex-wife poisoned him has dropped lawsuits against her ahead of a trial that was scheduled to start this week. Soldwedel sued Felice Aspiranti amid their bitter divorce case and after police found no evidence she tried to kill him with a heavy metal once used in rat poisoning. (AP Photo/Matt York, File) 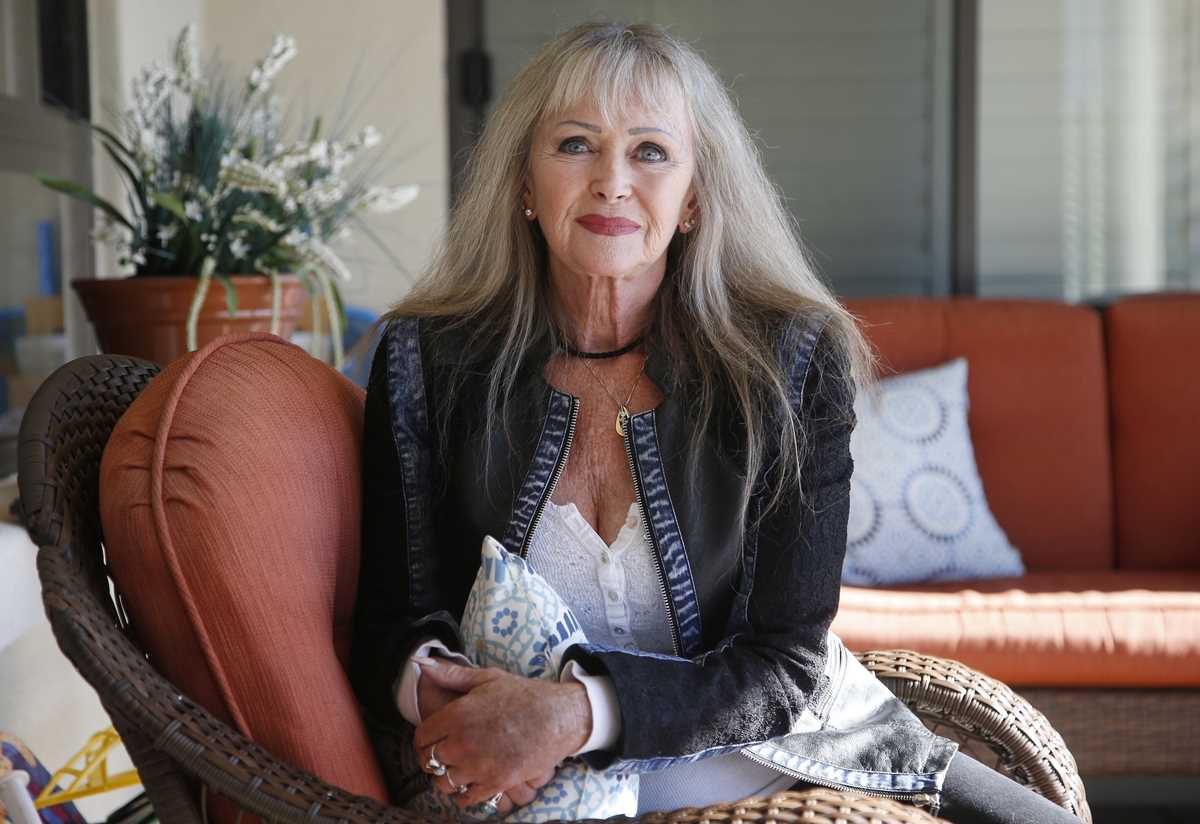 In this Nov. 19, 2018, file photo, Felice Aspiranti poses for a photograph at her home in Prescott, Ariz. An Arizona newspaper publisher who repeatedly claimed that his ex-wife poisoned him has dropped lawsuits against her ahead of a trial that was scheduled to start this week, Wednesday, Sept. 1, 2021. Joseph Soldwedel sued Aspiranti amid their bitter divorce case and after police found no evidence she tried to kill him with a heavy metal once used in rat poisoning. (AP Photo/Ross D. Franklin, File)

FLAGSTAFF, Ariz. (AP) — An Arizona newspaper publisher who repeatedly claimed that his ex-wife poisoned him has dropped lawsuits against her ahead of a trial that was scheduled to start this week.

Joseph Soldwedel sued Felice Aspiranti amid a bitter divorce after police found no evidence of his claim that she tried to kill him with a heavy metal once used in rat poisoning. Prosecutors in Yavapai County declined to file criminal charges.

Soldwedel runs Western News and Info Inc., which owns or partially owns a dozen newspapers, including the Daily Courier in Prescott, the Daily Miner in Kingman, the Navajo-Hopi Observer and Today’s News-Herald in Lake Havasu City.

The cases were consolidated but largely languished in court since they were filed in 2018, partly because of the coronavirus pandemic.

As Thursday’s trial date neared, Soldwedel agreed to drop his claims and Aspiranti, in turn, dropped hers. A judge signed off on the deal last month, saying the lawsuits cannot be refiled and called off the trial.

Soldwedel attributed his decision partly to his age and wanting to focus more on his health, family and job.

“I convinced myself a few years ago that such a lawsuit, I could achieve closure,” the 69-year-old said. “But I realized probably within the last year, there’s no such thing no matter how it turned out.”

Soldwedel and Aspiranti, who had worked at one of his newspapers, were married for seven years before she filed for divorce in April 2017.

Soldwedel unsuccessfully sought to introduce his poisoning allegations into the divorce proceedings. He argued Aspiranti married him for his money in an attempt to annul their marriage and invalidate the prenuptial agreement that guaranteed Aspiranti would receive $900,000 if the couple divorced and $1 million if Soldwedel died. A court upheld them.

The CEO of NASDAQ calls is: “The biggest opportunity we can think of over the next decade or so.”

Aspiranti believes the lawsuits were retaliation for her wanting to end the marriage and because she had reported to police that Soldwedel was harassing or stalking her. She called the poisoning claims ludicrous, and the couple’s divorce was finalized last year.

Soldwedel publicized his claims by using his newspapers to disparage Aspiranti, directing news coverage of his allegations that Aspiranti slipped poison into his food, affecting his health.

Soldwedel also published an advertisement in the Prescott newspaper with her photo detailing his claims and most recently wrote and self-published a book that repeated the claims. Soldwedel said he distributed more than 30,000 copies of the first part of the book for free to newspaper subscribers.

Aspiranti said she received a copy of the book she didn’t ask for by mail and gave it to her attorney, John Mull. She said in an interview that Soldwedel has “a hell of an imagination.”

Soldwedel sought $18 million from Aspiranti in the lawsuit that alleged poisoning and $2 million in his defamation case against Aspiranti, her family and a friend.

“It’s been a burden to them and a theater of this rich man trying to sue them all,” said Aspiranti, 66. “It was just hard on all of us. We’re all glad it’s gone and done.”

Mull said he was confident enough that Soldwedel’s poisoning claims wouldn’t hold up in court that he didn’t hire an expert on behalf of Aspiranti to rebut them, calling the case one of the most bizarre he’s ever encountered.

“In my mind, she was completely vindicated,” he said. “She voluntarily agreed to talk to police, have her computer searched, have her phone checked, and none of that supported any of his claims. His own evidence he was relying on was inaccurate as well. It didn’t support his claims.”

Soldwedel’s attorney, Jay Bloom, said the possibility that the case would have been heard by a judge or judicial panel first and not a jury, under an alternative dispute resolution program established for civil trials amid the pandemic, also factored into Soldwedel’s decision to drop his claims.

7 Retailers That Are Bucking the E-Commerce Trend

Once again it appears that the death of brick and mortar retail appears to be exaggerated. First-quarter earnings are showing that many retailers that rely on in-person traffic for a considerable chunk of their business are seeing a rebound in sales. And many are planning to open stores in 2021.

This isn’t to say that e-commerce is going away. In fact, a common feature for many of these stocks is that they either developed or enhanced their digital footprint during the pandemic.

This special presentation focuses on retailers that are planning to add to their brick-and-mortar footprint in 2021. And some are planning to do so by a substantial margin. Once again, this doesn’t signal a transformative shift in the overall trend, but it does mean that for the foreseeable future, brick and mortar will have some relevance.

View the “7 Retailers That Are Bucking the E-Commerce Trend”.