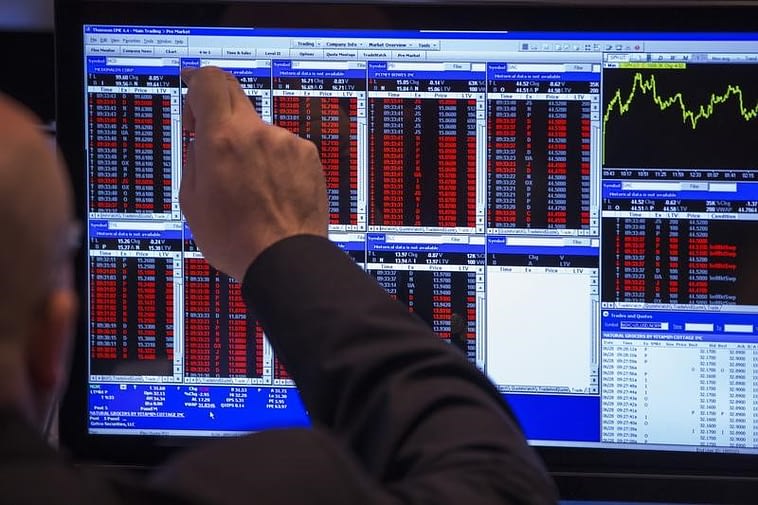 © Reuters. FILE PHOTO: The German share price index (DAX) board is seen at the end of a trading day at the German stock exchange (Deutsche Boerse) in Frankfurt, Germany, February 12, 2019. REUTERS/Kai Pfaffenbach/File Photo

By Danilo Masoni and Sujata Rao

MILAN (Reuters) – Europe’s record-breaking earnings season has shown a sharp rise in the number of companies repurchasing their stock, raising investor hopes of big U.S.-style returns in a market that has historically focused on dividend payouts rather than buybacks.

The buyback announcements stood out even amid Europe Inc’s near-150% quarterly profit surge, the best since Refinitiv IBES records began in 2012 and analysts reckon they offer a further tailwind for the pan-European index, already at record highs.

Analysis by market intelligence provider Alphasense shows 808 mentions of buybacks on earnings calls during the 180 days to Aug. 2, a 4% year-on-year rise and the strongest reading since late-2016.

In the United States, where rewarding investors by repurchasing shares is far more common than in Europe, stock markets have risen almost three times as much as European peers did over the past decade.

How much of that outperformance is tied to differing investor remuneration practices is hard to extrapolate. But it stems at least partly from buybacks, which increase demand and reduce supply for a company’s shares. Also by decreasing the number of shares outstanding, they boost earnings per share, even when total net income is flat.

A sustained move towards buybacks would be momentous for Europe, potentially allowing shares to re-rate sharply, says Tom O’Hara, portfolio manager at Janus Henderson, though he warns that one set of buybacks would not be a “silver bullet”.

Investors had to be convinced buybacks would be “part of the DNA of the company”, O’Hara said, adding: “The market does need to get that little bit of extra comfort that this is something management teams are serious about and will stick with”.

A raft of companies and sectors have announced repurchases — from retailer Carrefour (PA:) starting its first buyback in a decade to a $2.2 billion programme by steel giant ArcelorMittal (NYSE:), which turned the page on years of investor neglect.

Goldman Sachs (NYSE:) recently raised its forecasts for European and UK share prices, citing buybacks as one reason. Another bank Berenberg suggested the return of buybacks could help European insurers catch up with U.S. peers after a 10 percentage-point underperformance so far in 2021.

Morgan Stanley (NYSE:) estimates at least $35 billion (30 billion euros) worth of buyback programmes were announced this reporting season and expects 2021 activity to exceed the prior $100 billion peak set in 2019.

“Something is changing: more companies are announcing bigger buybacks and I think this will continue…It can be a growth stock, a value stock, a cyclical stock,” Morgan Stanley’s chief European equity strategist Graham (NYSE:) Secker said.

That figure still pales in comparison to Wall Street where companies carried out $200 billion in buybacks in the second quarter, following $178 billion in the first quarter, according to S&P Global (NYSE:) analyst Howard Silverblatt.

The analytics firm calculated last year that 53% of U.S. corporates had share buyback programmes in 2018, versus 28% in 1980. Meanwhile the proportion of dividend-payers almost halved in the same period to 43% in 2018 from 78%.

In Europe, just 26% of firms have buyback programmes.

Some analysts such as Grace Peters, EMEA head of investment strategy at J.P. Morgan Private Bank, see a structural change as unlikely.

“Many European corporates look at their share price and think ‘why do I have a lower valuation than the U.S.?’ but the European model does not lend itself to pursuing shareholder returns via buybacks,” she said, noting for instance that unlike in the United States, European CEO remuneration is rarely linked to share performance.

The repurchase flood may stem too from companies’ record post-pandemic cash piles, estimated by Janus Henderson at $5.3 trillion globally. And unlike dividends, buybacks do not necessarily represent a long-term commitment.

Morgan Stanley’s Secker, however, said such funds would benefit from higher share prices, while even a reduced dividend income would compare favourably with bond yields.

“So you can actually still give your investor a relatively attractive (dividend) yield or income but at the same time boost your growth rate by shrinking your share base,” he said.

A European buyback index compiled by Solactive has risen almost 30% this year, versus 18% gains on a benchmark of dividend payers’ shares. Similarly, the S&P 500 buyback index with a 28% gain, is well ahead of a dividend aristocrats index.