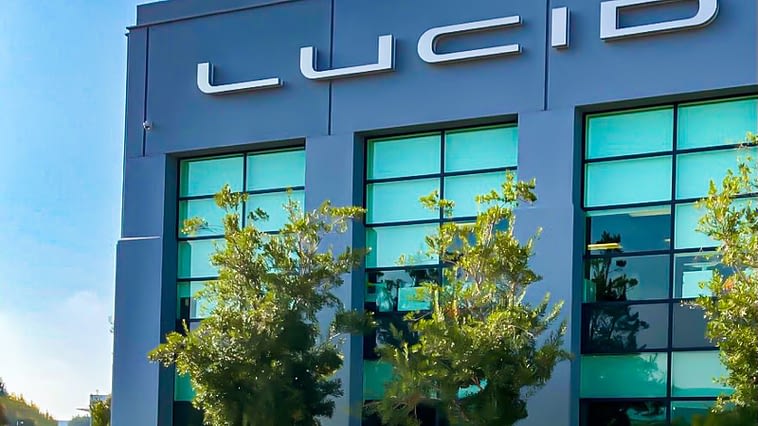 Following the closing of its SPAC (special purpose acquisition company) merger, what’s the next move for Lucid Group (NASDAQ:LCID) stock? At this point, it’s hard to tell. The narrative that made this one of the hottest electric vehicle stocks remains in play. This may lessen the chance it falls back below $20 per share.

But this may not equate to a smooth ride back to its high of $64.86 per share. Investors have more than taken into account the possibility of Lucid fast becoming one of the hottest luxury electric vehicle marques around. Valuation may be stretched here at today’s prices (around $24 per share).

Sure, there may be the possibility that another round of meme stock madness gives the stock another jolt. Yet consider that just a possible way it heads higher. Just like how a re-assessment of equity valuations is a possible way LCID stock heads lower.

So, what’s the best way to play Lucid right now? In time, skeptics such as myself could be proven wrong. But given it may deliver middling returns or head lower in the months ahead, you may not need to rush into it just yet.

Why LCID Stock Could Hold Steady From Here

If you’ve read my past takes on Lucid Motors, you know about my skepticism that the company can live up to investor expectations. Back when the stock was still known as Churchill Capital IV, I laid out why it seemed far-fetched that it could easily get to 250,000 annual deliveries within the next five years.

Mainly the problem is due to competition from not just Tesla (NASDAQ:TSLA), but from legacy luxury automakers like Daimler (OTCMKTS:DMLRY) and BMW (OTCMKTS:BMWYY).

This remains my view. But I don’t expect the consensus view on LCID stock to change any time soon. Instead, I expect that the belief that this company, still in its early stages, will meet or exceed these expectations.

This will likely prevent shares from making another pullback below $20 per share. That’s good news for investors who might cash out too early if they get skittish by high volatility. Yet don’t mistake this as being  a sign that, as it trades sideways, another sudden pop is on the horizon.

What’s likely to happen instead? Unless we see a repeat of the Reddit stocks phenomenon, Lucid will likely continue to hold steady in its current trading range. Until there’s indication that, after its flagship Air vehicle launches in fall, that the company’s “Tesla killer” bona fides are greater than previously expected.

Even if The Narrative Holds, a Sell-Off Could Still Happen

It’s possible that the Reddit set again bids this stock up. Perhaps on the eve of the Air’s official launch. But as mentioned above, to counter this positive potential catalyst, there’s a negative one that could lie ahead as well. That would be the risk that, after years of stocks seeing their forward valuations expand, they could start to contract.

Sure, it’s possible multiple compression doesn’t sink Lucid. Instead, it could turn into a “grow into its valuation” situation. Yet even that outcome will mean underwhelming stock performance for investors diving into it today.

Keep These Risks in Mind

I may believe there’s more on the table to prevent Lucid shares from soaring again soon. But those more bullish may see it differently. Admittedly, the future’s yet to be written.

Tesla went from startup to the most valuable automaker by market capitalization. It may not be a stretch to assume Lucid can take on this established EV name, as well as legacy luxury automakers to create a business worth many times what shares change hands for today.

Even if you are bullish on LCID stock, keep in mind the risks at hand. There’s a chance that, at best, it keeps on trading sideways for an extended period.

Thomas Niel, contributor for biedexmarkets.com.com, has been writing single-stock analysis for web-based publications since 2016.